“I’m a lot of things: Psychic medium, ordained minister, certified personal trainer/sports and nutritionist. I wrote a book, “The Spirit of Hope” in 2019 and I host a TV talk show. I used to be normal. I was a surgical assistant in a hospital. I married the love of my life and always dreamt about getting a house and having children. Less than a month after being married, I had a traumatic accident at work and had a spine injury.

“Life changed instantly. I had my eighth surgery this past June. I was in a wheelchair for about two years, needed help showering, going to the bathroom. I had to learn to walk again, I used a walker and a cane. I dealt with a lot of anxiety and depression. I started to do better and then I was having some pain again and found out my body was rejecting the hardware in my spine, so I had to have more surgeries. 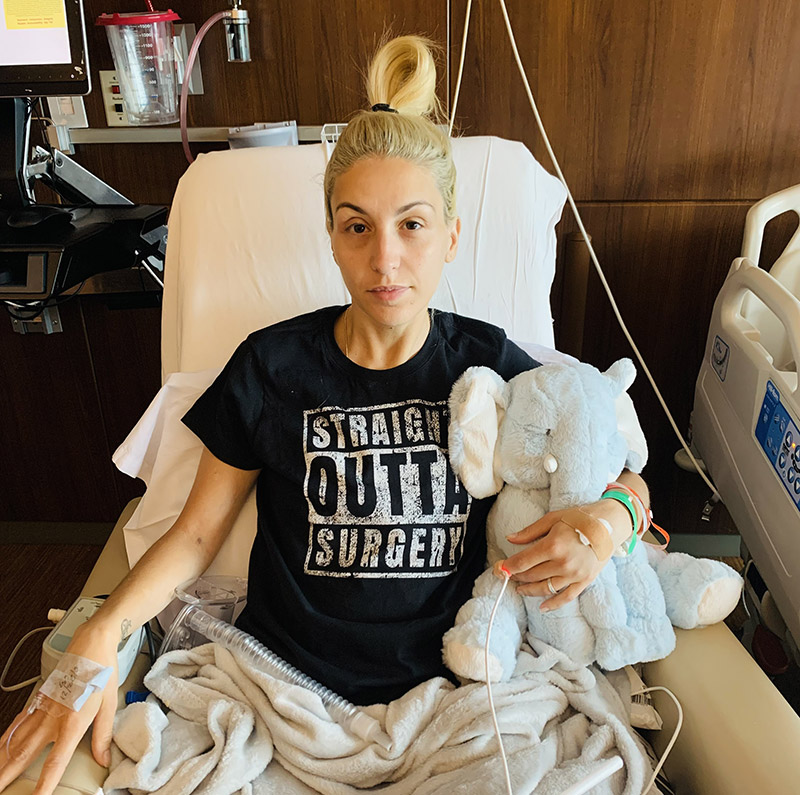 “I learned to meditate and that started the spiritual aspect. I read self-help books for balance. I was doing a lot of soul searching. My stomach was really sick, and I was going back and forth to doctors and finally diagnosed with a rare condition of SMA Syndrome, where my small intestine was compressed between two major arteries, and I was rushed in for emergency surgery. I also found out that I had another rare syndrome called Nutcracker Syndrome, where the left renal vein is compressed between the aorta and superior mesenteric artery; it caused extreme fatigue and flank pain.

I can’t have children, but I gave the miracle of life another way.

“I had to have another surgery for that and had complications. I was told my healthy kidney had to be removed because the vein wasn’t healthy. I asked, ‘Can I donate my kidney?’ New York Presbyterian told me no one had ever asked that before, so I was able to donate to a woman. Here I was with my own condition and very sick and I needed it all to be for something. I was grateful to be able to walk again. I felt it was important to pay it forward.

“I raise awareness with the National Kidney Foundation, and now I hear lots of people donate their kidney due to Nutcracker Syndrome. It’s a way to help our pain and illness and you’re saving a life in the process. I had a little bit of a break to start getting healthy again and got into my mediumship, speaking and writing. 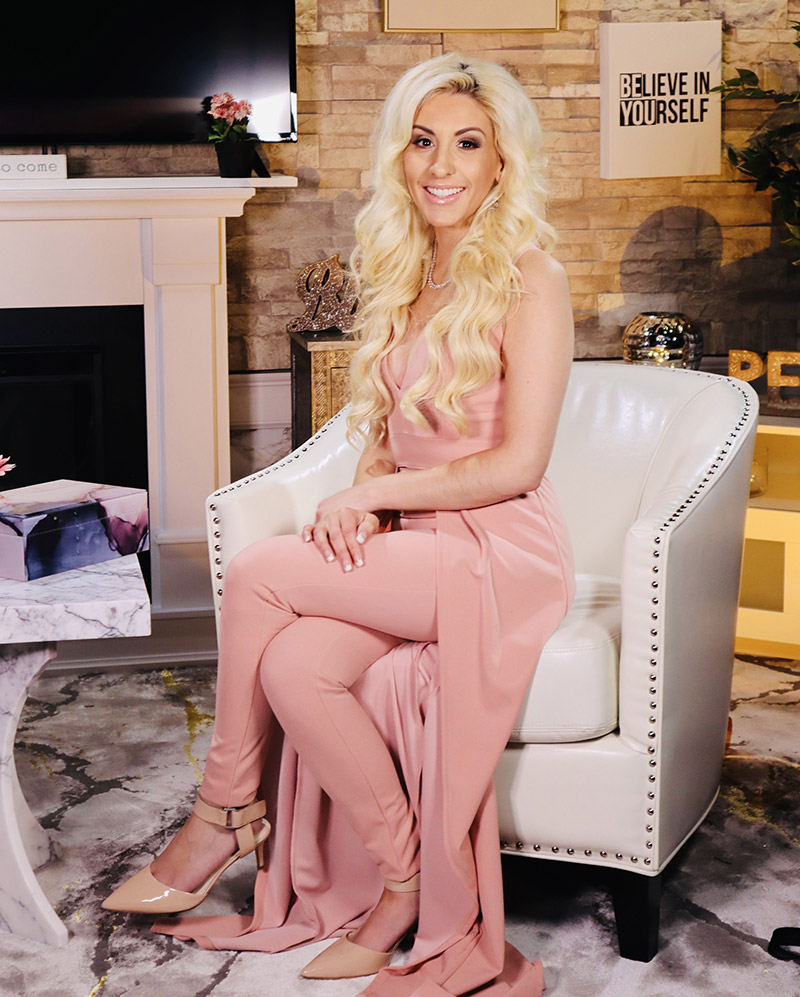 “In 2019, I had my gallbladder removed. I pushed my personal training and tried to be healthy and was doing great. Right before the shutdown started, I met a producer who thought I should have a TV show. I wanted it to be about hope and inspiration, other people sharing their story. On “The LJ Show” on Z Living Network, I interview people with amazing stories that have turned tragedy into triumph. I feel like I’m alive for a reason.

“I started feeling really sick again, I couldn’t eat again, started testing again, going to doctor after doctor. Someone in an online support group suggested it might be median arcuate ligament syndrome, when the band of tissue in the chest presses on the artery that supplies blood to the organs in your upper abdomen. I finally got confirmed I had MALS, and I lived on shakes and IV infusions.

“I just hit my eighth surgery in eight years, eight years married. It doesn’t get easier; illness is still illness. I still have chronic pain from my spine, and I finally feel like I reached another turning point. It’s common for people who have had trauma, like spine injuries, to have these other issues. I have no doubt that my spine surgeries had something to do with it. But with every burden I’ve experienced, I’ve been blessed.

“I’m a minister now, I get to be part of people’s weddings and baby blessings. I use my medium work for helping other people and participating in fundraiser events for all sorts of things like Alzheimer’s and cancer. As much as I’ve been in pain, it has taught me so much. I can’t have children, but I gave the miracle of life another way. Now, my kidney sister can go on and have children. There is a light in the darkness, be open to what the universe has in store for you. My life is so much bigger and meaningful.”