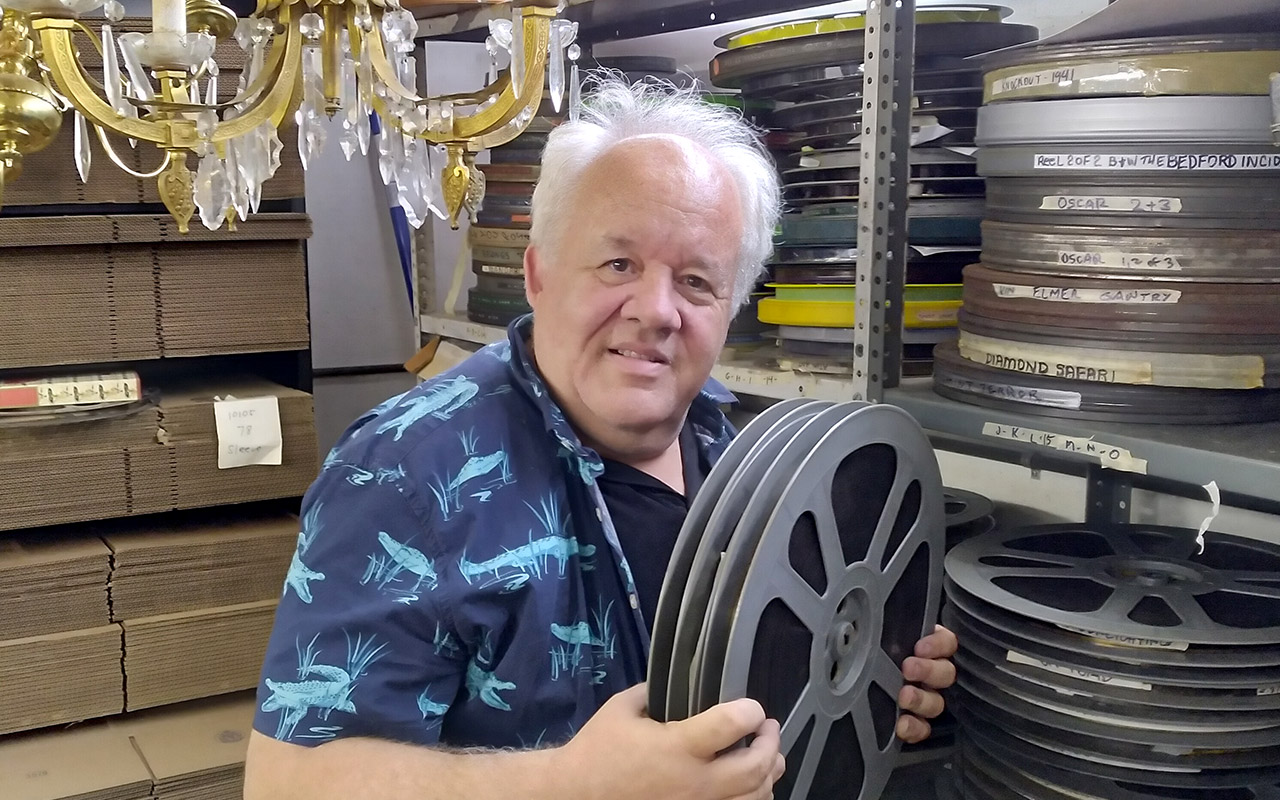 ‘My advice is: Just go out and film, learn by doing, don’t wait for somebody to throw a lot of money at you. On an independent film, you’re your own boss.’

“As an independent filmmaker for 42 years, my career has had crazy highs and lows. One of my films was shown in 2017 at the Museum of Modern Art in Manhattan, as part of an exhibit on the Lower East Side.

“I became fascinated with filmmaking when I was 8 or 9, growing up in East Northport, watching “Dark Shadows” on television. My parents explained that the people who died from vampire bites or being torn apart by a werewolf were play acting for a living, and that the old creepy mansion was not really a house, but a set. I thought, that is so cool!

“I got my father’s home movie camera and started shooting my first movies. In Northport High School, I made more elaborate films in Super 8, one period at a time. You’d set up all your equipment, corral everyone, shoot and wrap the scene – all in 45 minutes.

“When the teacher showed my 30-minute thriller to a class, there was this one shock moment – an axe murder – when the students screamed and clapped. I said to myself, ‘If I can do that to an audience, then this is what I should be doing.’

I show my films to teach and encourage new independent filmmakers.

“I’ve made nine films, both features and documentaries, worked in 16 mm and now in digital. You do everything as an independent filmmaker. I write the script, direct actors, do cinematography, edit, and even do crowd control. I work with very low budgets, use Long Island actors including friends and family. We shoot scenes on location, sometimes without permits, often on the run, a technique called guerilla filmmaking.

“Early in my career, I filmed a foot chase through La Guardia Airport until a security guard made us leave. In 1998, we utilized a lot of LI Revolutionary War locations for a period drama about a vigilante attacking a British soldier camp. We got this beautiful shot of a Revolutionary War battle reenactment – it looked like a multimillion-dollar film.

“We started “Deed to Hell” in 2007 while in Europe. We filmed a chase scene in the Coliseum in Rome. I plan to make another horror film next spring and summer. I show my films to teach and encourage new independent filmmakers.

“My advice is: Just go out and film, learn by doing, don’t wait for somebody to throw a lot of money at you. On an independent film, you’re your own boss. Experiment!”