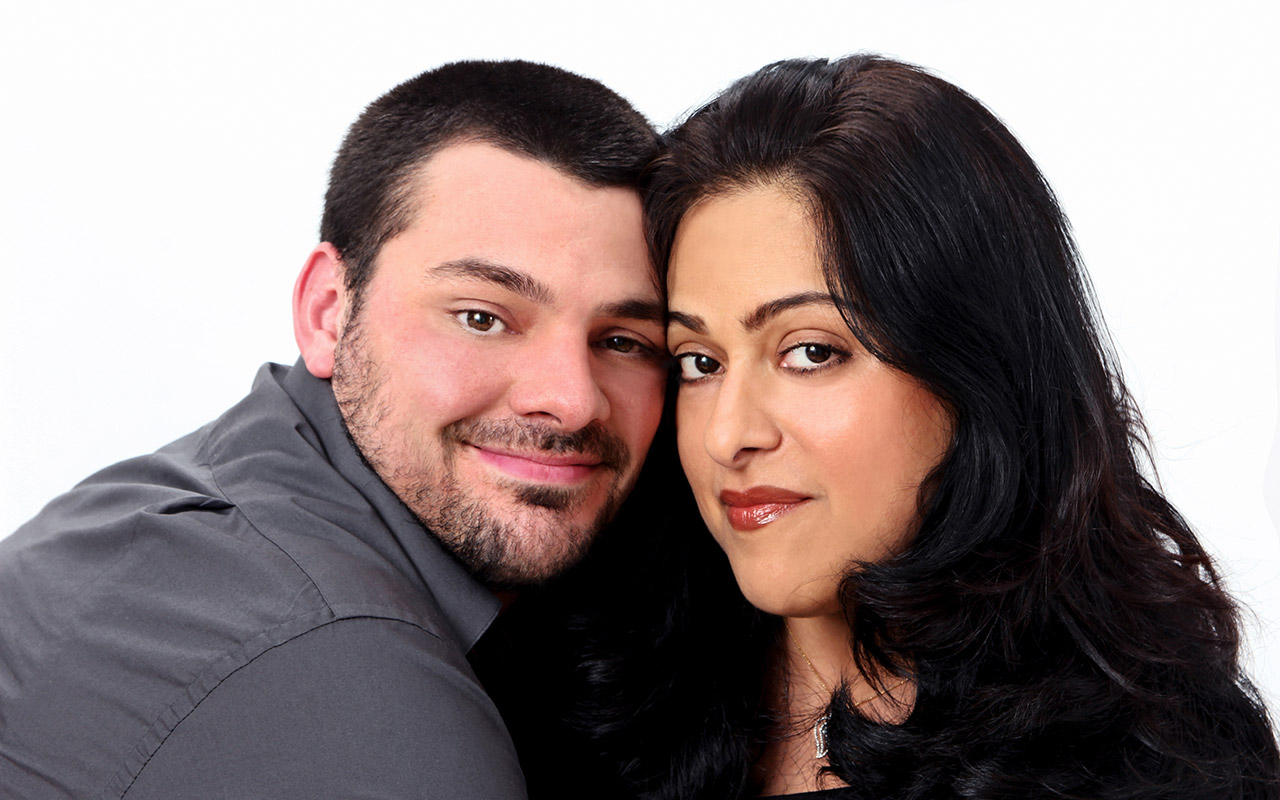 ‘We met and were literally with each other for two months and got married. We really wanted to find love and found it in the most unexpected place.’

“My husband, Steven, and I went to Oceanside High School together. He was dating a friend of mine. I knew of him, and he knew of me. We went to school in the ’90s. It was not usual for Italians, Irish or other Caucasians to date Spanish, much less Indian people. That was foreign. He was dating a nice Italian girl who happened to be my friend. We never spoke. We ran into each other on the last day of school as he was leaving and I was just coming in, which was very coincidental.

“Fast forward to 2009, we were both finishing up being 29, met at a restaurant in Oceanside and both didn’t want to be there, but very glad we were. We met and were literally with each other for two months and got married. We wanted to find love and found it in the most unexpected place.

I never felt racism until I got married.

“I came to this country in 1984. My parents wanted to come here like everybody else—for more freedom. My parents didn’t want us living in India where arranged marriages happen. Unfortunately, we lost our visa after six years. I decided to be very honest because we were getting serious with each other. At that time, I was considered a Dreamer under DACA. He wanted to help me because he loved me. I got my citizenship through this man that also gave up the world for me.

“His parents didn’t take it so well. They said ‘this girl was no good, was using him and was going to ruin his life.’ He said ‘this was what he was going to do because he was the happiest with me.’ I never felt racism until I got married. I didn’t know what the problem was. They made sure I knew I wasn’t Italian or American, but I certainly felt American. I was here long enough and had been working since I was 14. I did what I was always supposed to do.

“After I had my son, I didn’t want to go back to the city to work in television because the hours were grueling. He pulled $5,000 from his annuity to start Gourmet Ghee Company—the ideas were mine, but the money was all him. I said I wanted the business to be like our marriage. We wanted it to be the best of both worlds. I think we kind of changed the world. After us, so many people we know got into interracial relationships. It was actually a good thing. I hope we set a good trend.”