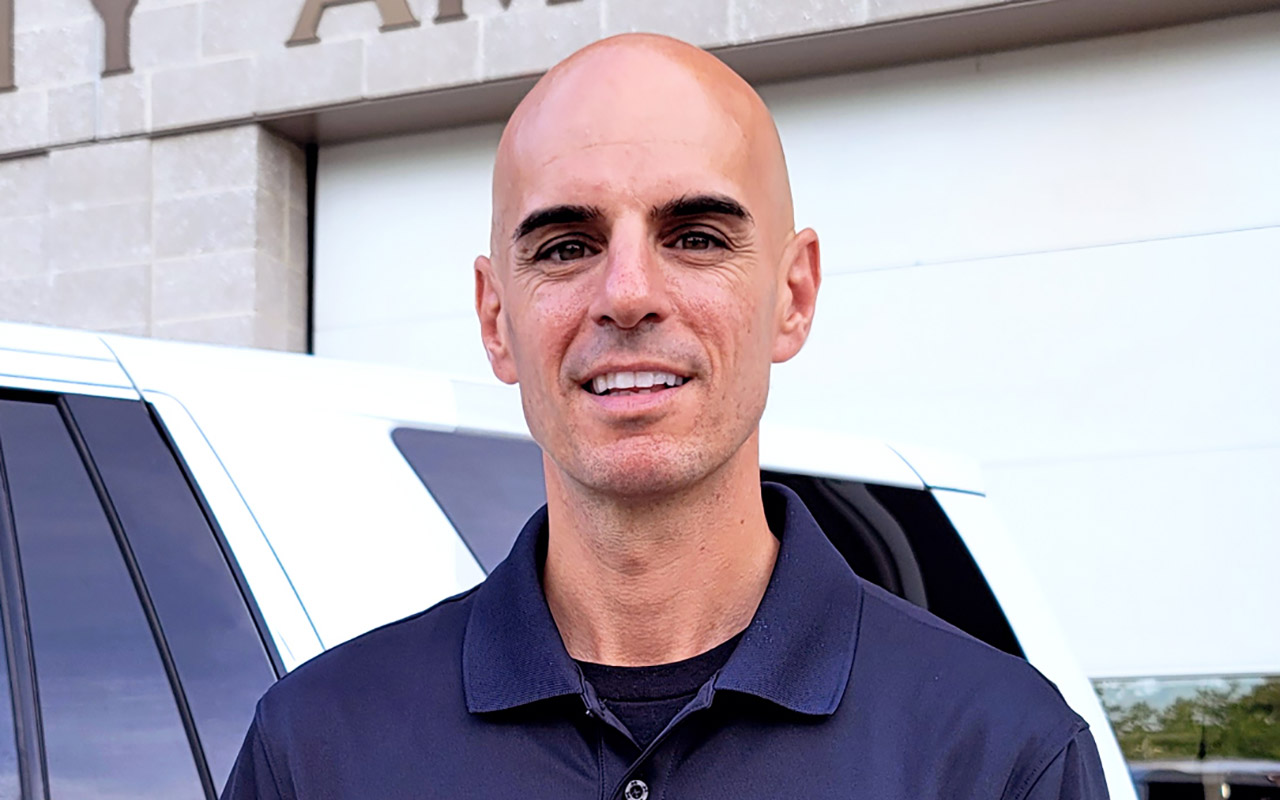 ‘Every time the body of a firefighter or police officer was located everyone stopped, stood up and saluted while the body was escorted to the morgue. I think it made me want to help others even more so.’

“I was 16 when we suddenly had to call 911 for my mother. She had been ill for a while, but one day in our Sayville home, she just passed out on the floor. There was blood everywhere. I had never called 911 before. I didn’t know what to expect, but suddenly people started pulling up in their cars and ran in to help, then the ambulance came a short time after. I realized at that moment that the people who responded were just regular people who came running in to help a stranger that they have no connection to. It made me want to learn emergency medicine and help others like those who came when my family needed it.

“I went down to the local ambulance company and joined the youth squad. When I was a senior in high school, I went Saturdays for seven months to Bay Shore to take the New York State EMT class and got certified. I carried a beeper that would ring like crazy whenever something was happening! A funny story: The woman whose job it was to monitor the halls and make sure kids didn’t leave the building used to keep an eye on me—well the next year after I graduated, I responded to a 911 call about someone in pain and it was her! She sees me walk in and laughed, saying, ‘Oh my God, I should have known you were going to show up.’

“When 9/11 happened, I was 17. Someone said a plane hit the World Trade Center, and then another plane hit, and that our company might get the call. I didn’t believe that. We had responded to Nassau County a couple of times, but not to the city, that just didn’t happen. It was when a neighbor responding to Ground Zero asked to borrow my blue emergency car light so he could get into the city, did I realize that I needed to go.

“I walked up to the pile, just looked around and could not believe what I was seeing. So much destruction, so many first responders and the smell of burnt flesh in the air. It was nauseating. Every time the body of a firefighter or police officer was located, everyone stopped, stood up and saluted while the body was escorted to the morgue. I think it made me want to help others even more so. All these heroes who passed by me had given their lives to help complete strangers, that definitely was life-impacting.

At one point early in COVID, it was put out NOT to do CPR, and when that came up during a meeting I was like ‘This is insane! How do you not do CPR on someone who calls 911?

“My parents were police officers, and I always wanted to be a cop like them. I got hired after 9/11 as a civilian with the Metropolitan Transportation Authority Police Department. I was going to school during the day and working at night in the MTA dispatch room. After being hired as an MTA cop, I was promoted to detective. My medical background informed how I treated everyone, even those I arrested. I investigated more people hit by trains then I can count. Every victim who passed away, I treated them, their family and friends with empathy, compassion and respect—always making sure they knew that I would investigate the death no matter where it led me and would present all the facts to give the family closure. To this day on the anniversaries of some victims’ deaths, I get text messages from their families thanking me. I’ve learned a lot about people and life from this.

“When COVID started, I was asked to join an Emergency Management Think Tank for Suffolk County, where would discuss scenarios and how to handle all kinds of issues, from how to operate emergency services to how mass burials would be handled and what kind of PPE should be worn, we came up with all of that. I wanted to lend my experience to the people of Suffolk and ended up realizing 9/11 prepared me somewhat to deal with the pandemic. I always think of emergency management as “lessons learned.” You learn lessons from the last thing and try to apply them to the next one.

“At one point early in COVID, it was put out NOT to do CPR, and when that came up during a meeting I was like ‘This is insane! How do you not do CPR on someone who calls 911? EMS comes in wearing full protective gear, how do you tell them they can’t save someone’s life? We’re here to save lives, that’s what we do. We don’t let people die in their homes.’ After that, the idea was scrapped.

“I can say these kinds of things because I don’t have a stake in the game, they don’t pay me, they don’t pay my bills. They know my heart’s in the right place, and I say these things so I can lay my head down at night. This is why they use me, because they know I’m going to give an honest response. All I care about are the people of Suffolk County.

“I have cancer. It’s a rare type, only affecting around one in 1.5 million people. I go for blood transfusions a lot; I think I’m on number 30. They removed any organs I didn’t need to get rid of as much of the cancer as they could see, then poured hot chemo into my stomach. It’s called HIPEC. It sits in your body for like an hour, then they suck it out, reconstruct your stomach and seal you up.

“My health has slowed me down. I can’t work—I share my knowledge, but I can’t be the guy who carries someone down the stairs anymore. I had to retire at 38, not by choice. They call me a Deputy Fire Coordinator, but I don’t get paid. It really started with the pandemic, they appointed me right when COVID hit. I don’t get paid, just give my advice. I get paged for major emergencies and try to help however I can.

“If I could go back in time, I would do it all again. Is it hard on my wife? Absolutely. We are trying to have children and it’s difficult. At 37 years old, I get a rare life-altering cancer. Being told I most likely would die, going through one of the worst surgeries a human can go through, chemo, over 30 blood transfusions, it sucks, life is not so easy for me, but not every life goes as planned and is perfect. Sometimes you’re the bat and sometimes the ball. I stay positive, and always have a smile on my face because of the support of my wife, family and friends. Of course, I have bad days, but I always look out for people out there a lot worse off than me—then I try to find them and help if I can. I am very blessed and grateful for the life I have and everyone who supports me and my wife. Every day when I wake up in the morning, I ask myself how I can pay it forward.

“By the way, this is not just my story. There’s a lot of people like me, who responded to 9/11 and lot of them are going through difficult stuff: PTSD, medical problems, and there’s a lot of people way worse off than me. Do I have it bad? Yeah. But everyone has adversity in their lives we have to get through. There are a million other people going through things because of 9/11, 20 years later. I’m just one of them. But do I believe one person can make a difference in the world? Absolutely.”