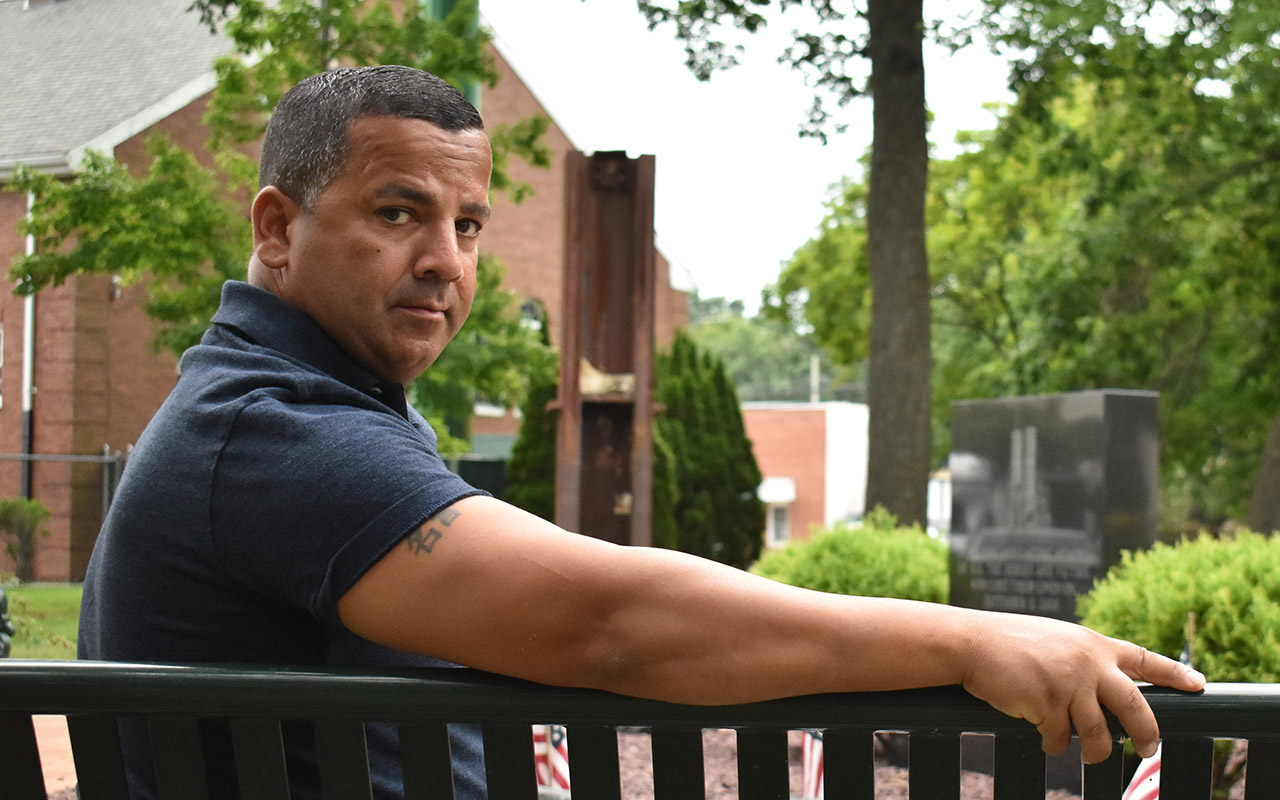 ‘For those of us that were there, it’s an anniversary every day. Each day I think about something from that day. I tell everyone to live their day as if it is their last.’

“On the morning of September 11th, I worked on the 87th floor of One World Trade, north tower, at the May Davis Group, a retail investment banking firm. I was a little late that day because Monday Night Football was the night before. I got to work at 8:30. There were 13 of us at the office at the time. I started my day drinking my coffee and checking emails. At 8:46, the first plane hit about 12 floors above us. At the point of impact, the building swayed about 10 feet to the left. I was holding on to my desk thinking the building was going to tip over. That was really scary. When it swayed back, none of us had any idea what had happened, we just saw debris pouring out from above. We didn’t see any flames, so we thought maybe a pipeline had exploded, not that a plane had hit right above us.

“After about 10 minutes, the smoke started pouring in. It was getting too heavy to stay, so a bunch of us tried to find objects to break the windows and get fresh air into the building. Finally, we decided to get out of there. We formed a chain and went out a back exit because the floor had collapsed at the front exit. As we worked our way down, there was a gentleman sitting who was having a hard time breathing. Our head trader, Harry Ramos, stayed with the gentleman, and insisted that we keep going. He said he would stay behind with him. The man’s name turned out to be Victor. Harry is the only person May Davis lost that day. 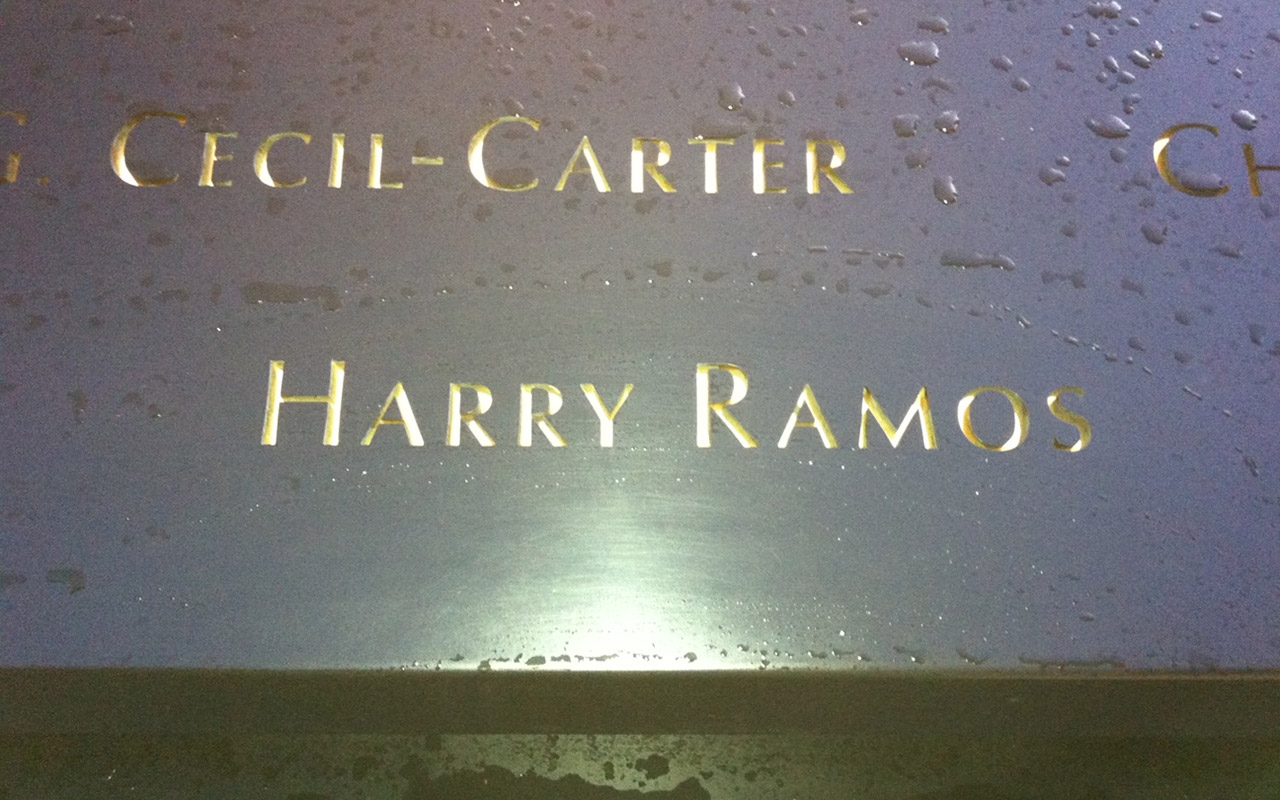 “As we got to floor 40, we started to see the firemen coming up. We were clapping and cheering them on, still having no idea what had happened. When cell service returned, we started hearing rumors about the Sears Tower and Empire State Building getting hit. It was a hidden blessing that we had no idea. It was orderly. There were times we were walking under fire, and office workers in suits and ties were hosing down the fires on the ceiling so you could walk under it.

“While we were in the stairwell, the South Tower got hit. We had no idea about that either. In the lobby we finally knew something horrible was going on. The first thing we heard was ‘Don’t look left! Go down this stairway and exit underground.’ Of course, we all had to look left.

We made our way down into the mall and toward Church Street. As we got out, we heard a loud rumble; I looked back and saw the south tower coming down.

“That’s where all the jumpers were landing, right outside the glass door. I will never forget the sounds of it. It turned out to be hundreds of people that jumped. The look of helplessness on the FBI agents every time someone hit; there was nothing those people could do but jump or burn. The floor inside by us had a foot of water from the sprinklers. Firemen, secret service, FBI were everywhere.

“We made our way down into the mall and toward Church Street. As we got out, we heard a loud rumble; I looked back and saw the south tower coming down. It was 100 yards away. I froze until it was halfway down, thinking, ‘This isn’t real.’ Then my brain said to move. I jumped under a Borders Books awning. The steel beams were landing right outside the overhang, so it turned out to be the best thing that I did. Two other people jumped under after me, and we started praying and screaming. The huge cloud buried us. It went from really loud sounds to pitch black and silence.

“We thought we were dead. We got up and walked around the debris, coughing and throwing up from the dust. I was outside when the north tower collapsed, so then another dust cloud came over. I ran a bit up north by Washington Square Park and found a reporter by City Hall. She explained what was going on and let me use her phone to call my mother. That’s when I first broke down. For the ten-year anniversary of 9/11, the reporter found me and played a tape of our conversation. I lost it again.

“I lived in Jersey at the time of 9/11, so I made my way to Battery Park where they were running ferries back to Hoboken. I was covered in dust with my clothes ripped. I took my train home and found my mother sitting at the train station, where she had been waiting for me for four hours. I lost it yet again. Later, we discovered that Harry didn’t get out. The last time he and Victor were seen they were somewhere near the thirtieth floor. They almost made it down. When they found Harry and Victor’s remains, they were still together. Their names are on panel N-63 of the memorial together. The families wanted them to be next to each other, so it’s pretty cool that Harry is still with Victor and still stayed by his side.

I felt I had to do more with my second chance. I owe it to Harry and all these other people. I’m still in banking, but instead of living off people, I help my employees and clients grow their careers and do better for their families.

“The hardest thing for me was the survivor’s guilt. I still have it, but I don’t dwell on it as much. At the time, I was a 28-year-old punk kid being a stockbroker. Why the hell did I get out and all these amazing people didn’t? Mothers, fathers, Harry… Why didn’t I tell Harry to go and I’d stay behind? He had a family, including a newborn. He stayed behind with a complete stranger. There was nothing I could have done, but the guilt is still there. Nobody got out above the point of impact.

“The media has stopped talking about those people, and they’re heroes. They made their choice how to go. My heart breaks for them. I try to turn my experience into a positive. In high school, my dream was to be a stockbroker, to be on Wall Street, and to make millions of dollars. After 9/11, I lost that fire. I felt I had to do more with my second chance. I owe it to Harry and all these other people. I’m still in banking, but instead of living off people, I help my employees and clients grow their careers and do better for their families.

“I had heartburn for years afterwards; I was diagnosed with GERD, which is when the esophagus is damaged and it can form cancer. It turns out it is the number one side effect for 9/11 survivors. I’m on a prescription that is controlling and reversing it, so I dodged a bullet twice. So many people are getting sick from it now. 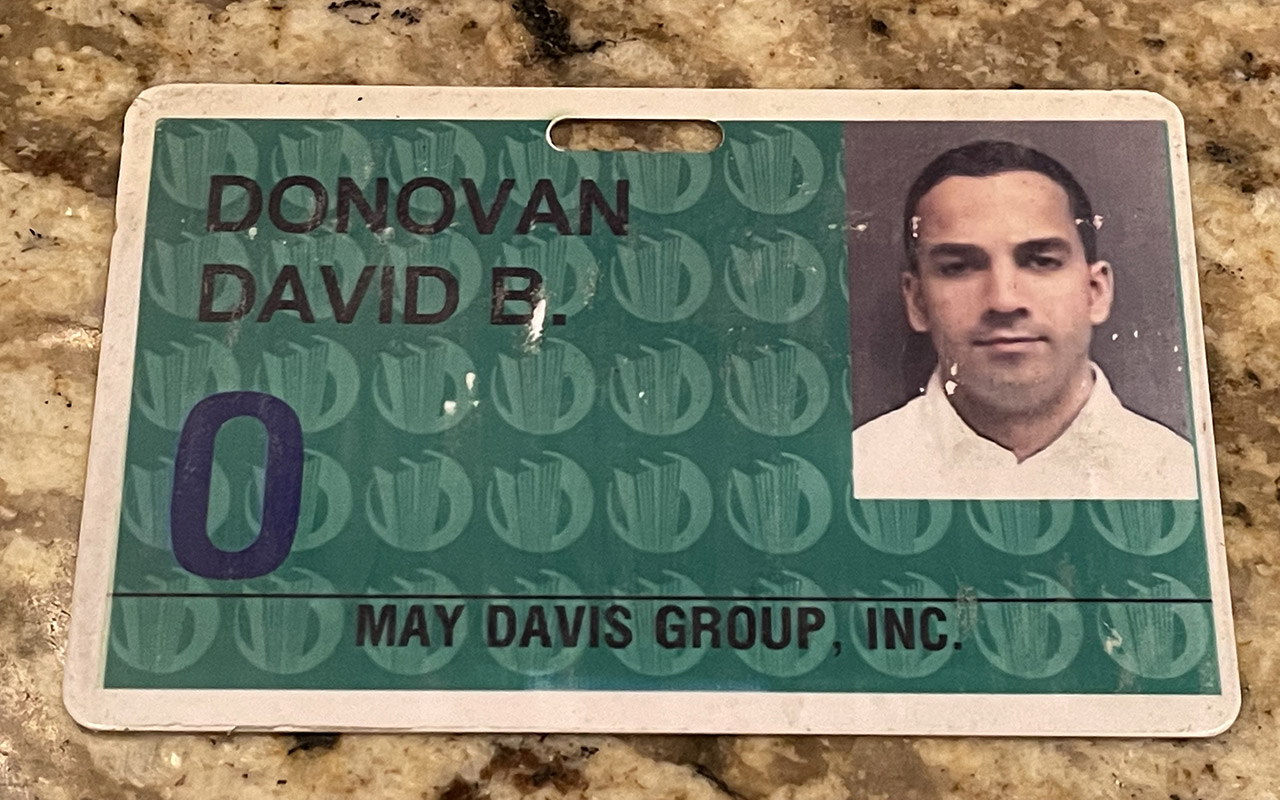 “For those of us that were there, it’s an anniversary every day. Each day I think about something from that day. Twenty years went by quickly. I still carry my May Davis ID in my wallet to remember. Every year I go to the memorial and pay respects. It’s healing to me to pause and reflect, and to realize how lucky I am. I tell my 6-year-old kids that daddy worked in that building and something bad happened. I say that daddy is lucky to be here. My kids and I always thank firemen, policemen and soldiers when we see them.

“I tell everyone to live their day as if it is their last. When I went to work that day, I had fought with my girlfriend that morning. I had never told my mother how I loved her and how much she meant to me. Love your family, love your friends, and make sure they know. Do everything to its fullest.”