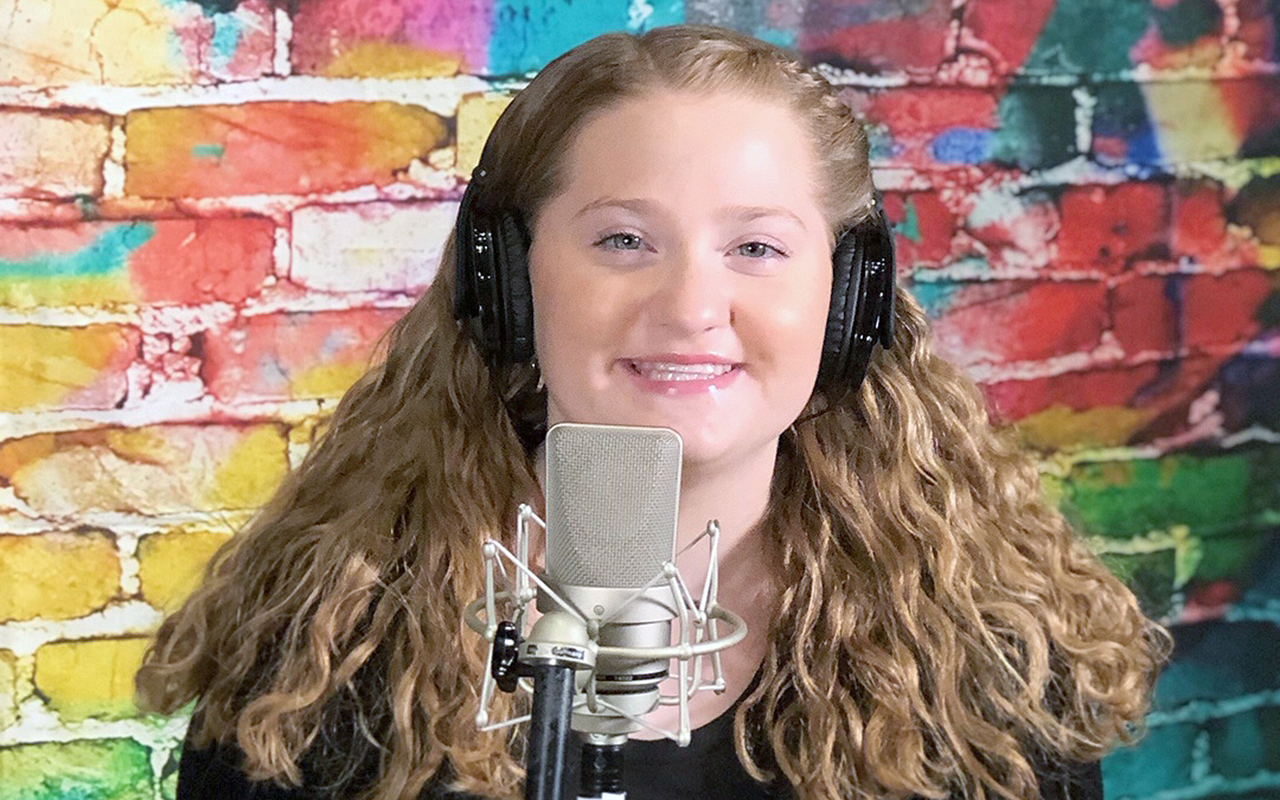 ‘At the end of the day, I’ve learned that performing is not about judging yourself; it is just about having fun.’

“I have always been singing, but it was in 8th-grade that I got the lead role in a play and I thought, ‘Oh, this is interesting.’ That same year I competed in my middle school’s ‘Berner Idol’ and I won. I knew I had something, even though I originally did not have confidence in myself and my abilities as a singer.

“I signed up for Debbie Gibson’s Electric Youth workshop and she selected me. I went to her place and recorded in the studio for the first time and fell in love with it. Now, I can’t see myself doing anything else. I go to the Long Island High School for the Performing Arts and Massapequa High School. I split up the day by taking music classes at LIHSA, and then I get on the bus and go to MHS. Afterwards, I go home and work on recording covers and listening to songs for future covers, in addition to working on my songwriting.

“Every now and then I’ll have other artists like or comment on my videos on social media. Recently, Olivia Rodrigo commented on my cover of her song ‘Driver’s License,’ and then posted me in her Instagram story. She wrote, ‘So so so good’ with three sad face emojis. I was flipping out! Debbie Gibson also posted me on her Instagram. My video of 2,000 views went to having 175,000 views.

…my hands were glued to my sides the entire song. It’s a dramatic song and I was so stiff. Eventually, I learned that to tell a story you have to move.

“I think I have personally grown because of the people in my life giving me inspiration. I learned to gain confidence in myself through the experience of performing at different places and learning from my mistakes. There’s definitely been a physical change in me since I began. When I went to Debbie Gibson’s studio I was singing, ‘I Know Where I’ve Been’; my hands were glued to my sides the entire song. It’s a dramatic song and I was so stiff. Eventually, I learned that to tell a story you have to move.

“Part of being a performer is showing how you feel so other people can feel that too. I get a lot of inspiration from Taylor Swift, Dolly Parton and Billy Joel. I love storytelling songs. At the end of the day, I’ve learned that performing is not about judging yourself; it is just about having fun. People aren’t there to judge you; they are there to listen to your music. I’m enjoying working on my craft until I can get out there and perform again.”