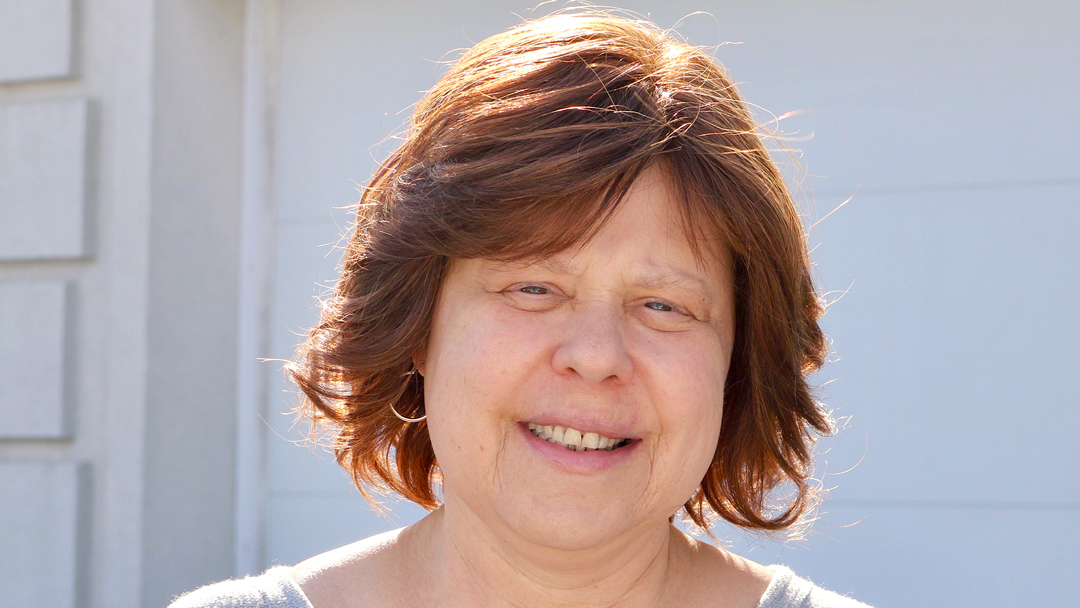 ‘Just remember that you know your body best. You know when you’re not feeling well and when things are off.’

“I have mast cell disease, a rare hematological/immunological disease. I had a stem cell transplant in July 2015, using my stem cells. It wipes out your immune system and tries to restart it. Sometimes that works for some diseases. In my case, it didn’t.

“Then I had another transplant in June 2018 from an unrelated anonymous donor. I know he’s male; he’s 35 and from the United States, but that’s all I’m allowed to know. To this day, I refer to him as ‘Mr. Anonymous’ donor. I hope sometime in the future we’ll have an opportunity to meet.

“It started in my 20s. I was having severe reactions and going into anaphylaxis, facial swelling and needed ER visits. I became gravely ill in 2006. It felt I was sleeping on rocks, and my muscles were always in pain. I got weaker, and I lost weight and muscle mass. My hair fell out in chunks and nobody knew what was wrong with me.

“They diagnosed me with a lot of more typical autoimmune diseases – lupus, rheumatoid arthritis, mixed connective tissue disease, chronic fatigue syndrome. My husband found a glaring correlation between my bloodwork and mast cell disease. He found a doctor who’s a world expert. She diagnosed me in like an hour. It was on April 1, 2011, and I said, ‘This isn’t a joke, is it?’

I’m 2 ½ years post-transplant and I’m still on a ton of medications daily; I have to go for treatments to prevent pneumonia. It’s still a challenge.

“She put me on a pretty intensive treatment plan right away and we started to see significant turnaround but not completely. I had a ton of complications after the second transplant. I was in the hospital more than I was home. I developed graft-versus-host disease, so I started rejecting my donor cells and had a reactivation of Epstein-Barr. I had two bouts of pneumonia, I was pretty sick.

“I’m 2 ½ years post-transplant and I’m still on a ton of medications daily; I have to go for treatments to prevent pneumonia. It’s still a challenge.

“Just remember that you know your body best. You know when you’re not feeling well and when things are off. Go with your gut and keep researching. If one door closes, open another.

“My daughter, Samantha, is musically talented, so we created nine songs to tell this story and there’s a new documentary based on that, talking about the power of music. It’s called Second Chance and it’s screening in film festivals all over the world.”