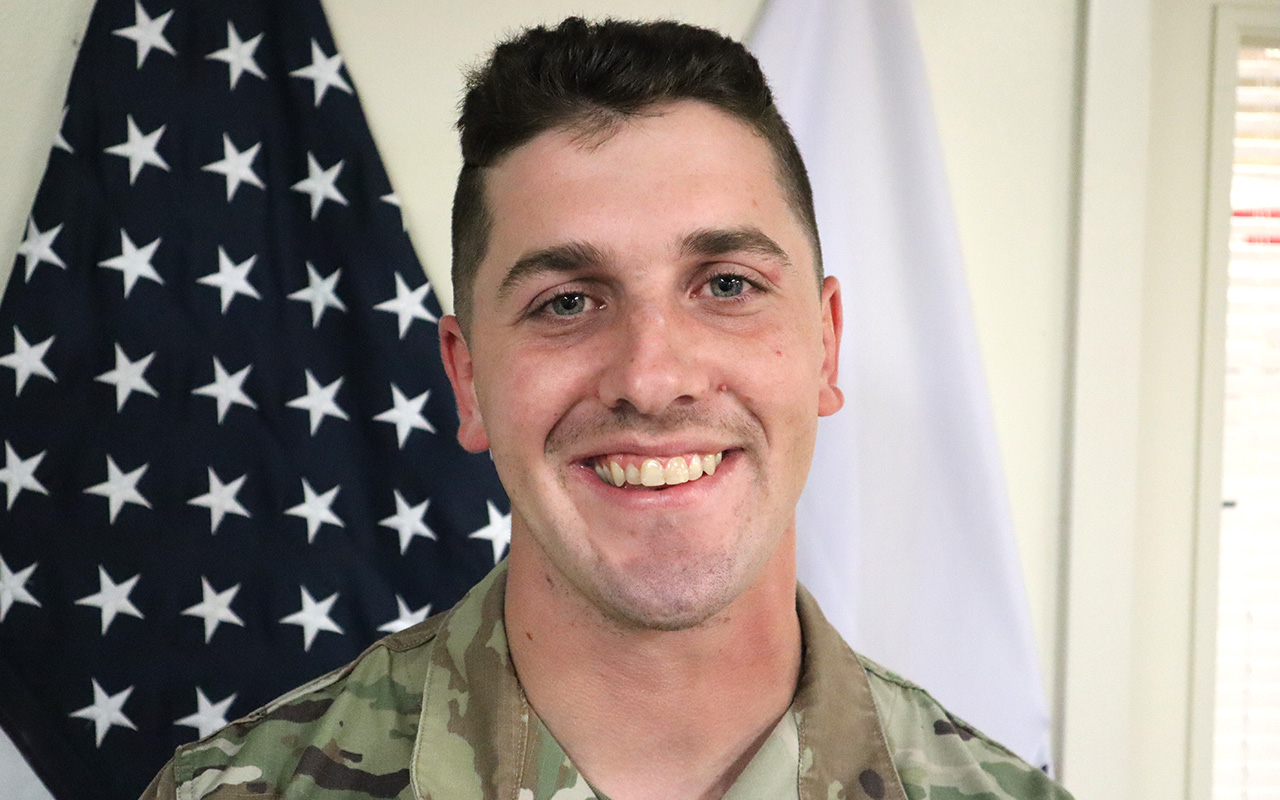 ‘Sometimes moving to a new area and interacting with an environment you’re not familiar with can be difficult.’

“I started out in a small town called Petoskey, Mich. It’s way up north, just south of Canada. I was 22 years old when I decided I wanted to serve my country. I wanted to travel the world. I wanted to experience what the army had to offer, and I wanted to go back to school. I first got to Long Island in January. I am active duty.

“My first duty station was at the Joint Base Elmendorf-Richardson, in Anchorage, AL. It’s a little cold, but that’s expected. The summers there were beautiful, 24-hour daylight for one half of the year and then 24-hour darkness for the other half. I moved to South Carolina after four years in Alaska and then I went to Central America for almost a year.

“While I was stationed there, we deployed to Honduras and did a humanitarian mission down there. We built schools and houses. It was cool. Everyone’s career path is different in the army. I was selected to be a recruiter after a certain number of years. You don’t really get to pick where you go. Sometimes moving to a new area and interacting with an environment you’re not familiar with can be difficult. But once you start getting to know people in the community it becomes much easier.

The army is so full of diversity and different cultures. We each come from different backgrounds and we’re all part of a team.

“It’s all about breaking the ice. We talk to high schoolers, college students, and anyone under 35 years old who is interested in joining and try to pitch our jobs to younger individuals by offering free college and free health care. The army is so full of diversity and different cultures. We each come from different backgrounds and we’re all part of a team. We just want to express that we’re just a bunch of normal people doing our job and we just want to interact with the community. I went to college before I joined the army and I have a two-year culinary arts degree.

“I used to want to be a chef, but I found that I really didn’t enjoy it anymore. I’m not in school at the moment, but I plan to go back to school for a degree in physical therapy or nursing. I’m not sure which one yet. I have a 2-year-old daughter named Scarlett, who will be turning three in December. My daughter is what’s most important to me. One of the reasons I am in the military is to provide for my family.”