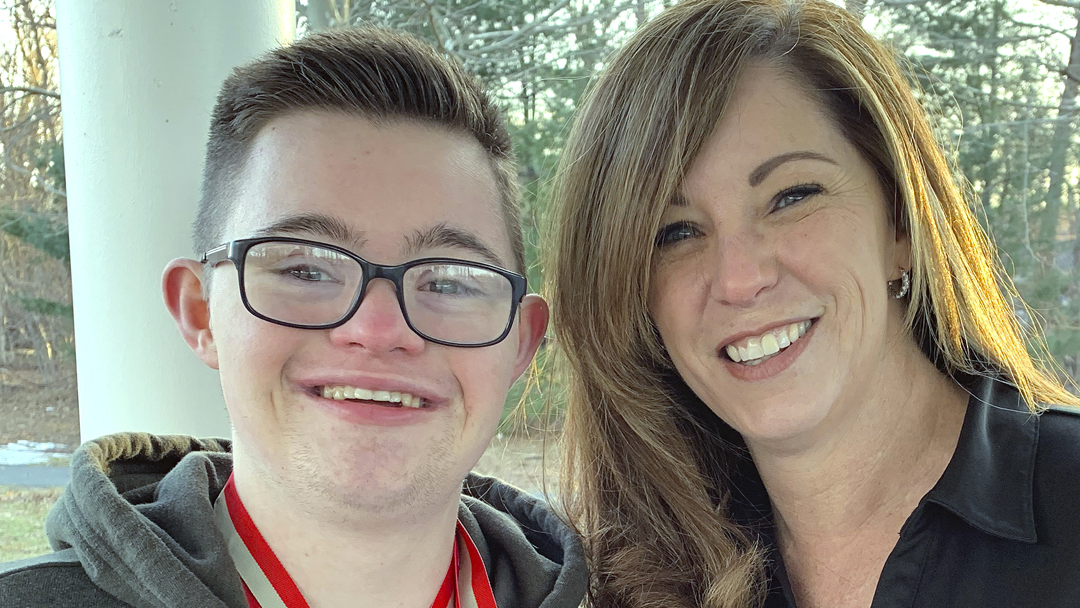 ‘I like basketball and bocce. For bocce, rule one is to line up the pallino. Rule two is aim straight, roll straight. Rule three is to do the bocce boogie.’

“Special Olympics is the only place Zach can go and see people with Down syndrome. I’ve never seen such a competitive streak in him since he started playing. As quiet as he is, this brought him out of his shell a lot; being able to get out there and play these sports and play them on his own.

“You have to abide by the rules. You want to be treated like everyone else; you’re going to play by the rules and earn every medal you get. He has won over 20 medals and multiple ribbons. Most of them are for track and field. It makes him so happy and proud.

Since joining the Special Olympics, it’s the first time he’s been invited to birthday parties. He has his own friends. It’s the best thing that ever happened to him.

“As hard as he works at Special Olympics, the fun has never been taken out. They’re having fun and laughing, and yet they’re challenged. They’re learning. Since joining the Special Olympics, it’s the first time he’s been invited to birthday parties. He has his own friends. It’s the best thing that ever happened to him. It’s been good for the whole family. It was nice for my husband and I to connect with other moms and dads who understood. We weren’t different. Zach wasn’t different. We were part of something more.

“For Zach’s siblings, getting to know other siblings of kids who have Down syndrome or autism, it was nice for them to have that perspective. They knew exactly what life was like for them at home. You feel like you’re walking into something where everybody already understands and they get you. We don’t get the ‘Poor Zach. I’m so sorry he has Down syndrome.’ There’s nothing to be sorry about. This is our life, and we love our life. We wouldn’t change a thing.”