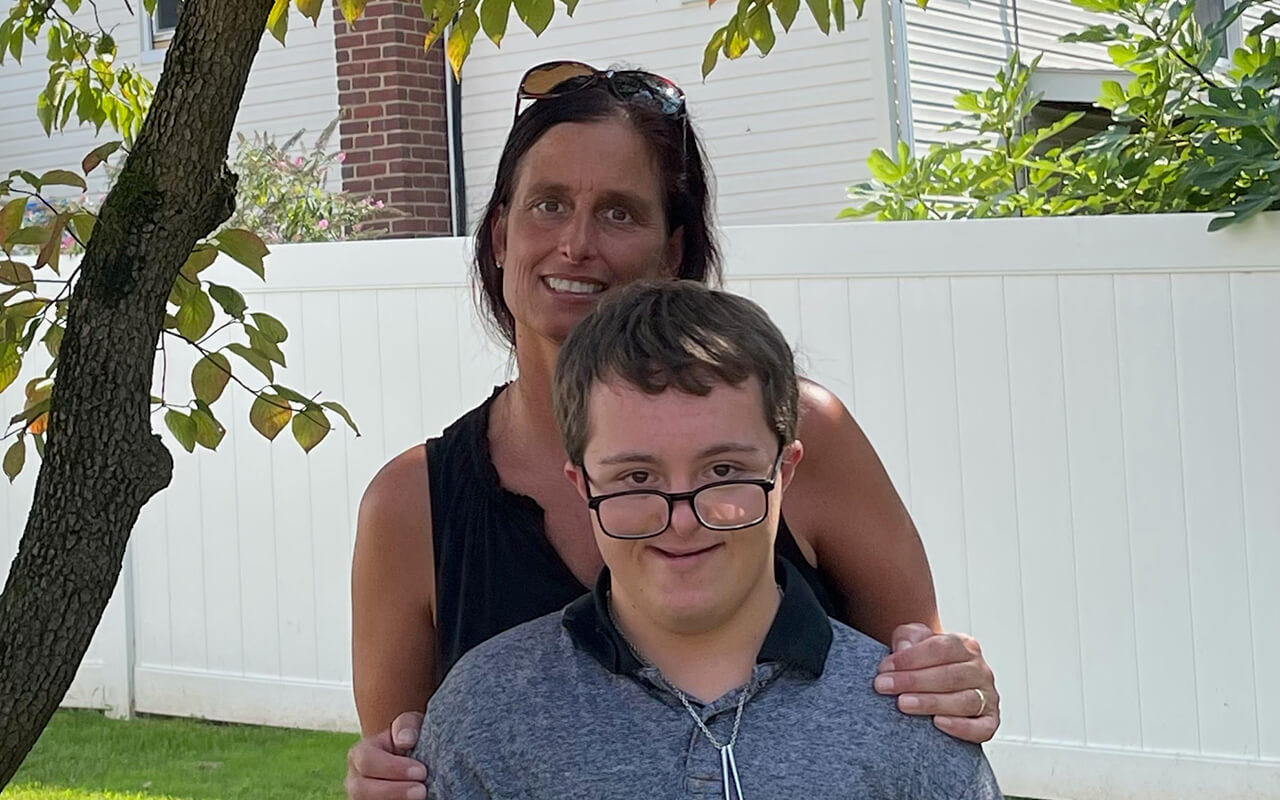 ‘When you’re a child with Down syndrome, acceptance is everything. Just because you’re different, it doesn’t mean you don’t have the same goals in life.’

“It was quite a shock when I delivered. I knew right away something was different. We were unaware that Thomas would be born with Down syndrome. It was scary hearing that your first child is special needs. He was in school since 3 months of age with early intervention, with physical, occupational and speech therapists, plus teachers coming over nonstop. Now Thomas is 15, and his siblings are 14 and 13.

“Being a big brother definitely helped him. They’re always together, and they learn from each other. His siblings advocate for him and hold his hand along the way. I worry that he’ll be picked on because he’s different. It is hard for him to communicate because of his speech. I wonder if he gets teased and he can’t explain that to me. It seems that he is proud of himself when people look at him funny. I’ve never met somebody so confident, that will look back and say, ‘I’m me.’

“He’s also very funny and warm. Everybody that meets him loves him. He’s involved in community service. I love to see him out washing cars. He helped run a pet drive for the Babylon Animal Shelter. When you’re a child with Down syndrome, acceptance is everything. Just because you’re different, it doesn’t mean you don’t have the same goals in life. You want to do everything everybody else can do, but you just need to do it at your own pace. Thomas will do it, he has no limits.

“Recently, Thomas asked why he is different and why he has Down syndrome. I told him that he’s like a superhero, and being born with the extra chromosome makes him that much more special and he has to work that much harder. Now he thinks he’s Superman and that he’s super cool!

He’s also very funny and warm. Everybody that meets him loves him. He’s involved in community service.

“I’m so proud of him. Being a mom to Thomas is very challenging. Some days you want to cry, but you wouldn’t change it for the world. It makes you think, ‘This is what I was meant to do.’ I will make sure his whole life is the best it can possibly be. Maybe it’s meant to show me what kind of person I am. I’ve learned that I am smarter than I think. I don’t have that much confidence, but I know from dealing with him that I am doing everything right. There is no rule book. Now I know I’m capable, and I’m lucky to have him and he’s lucky to have me.”