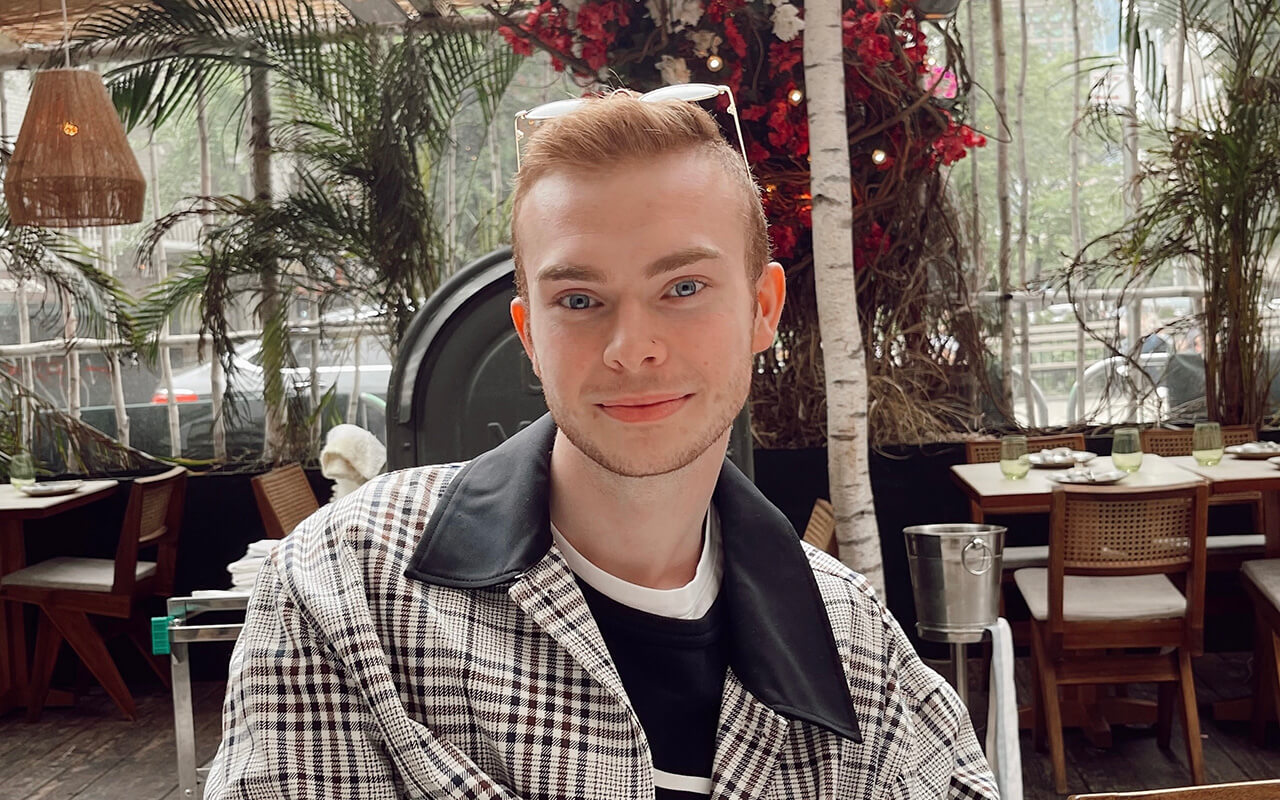 ‘Middle school was when I started to realize that I was gay. That was when I really knew, and I never wanted to admit that to myself. I was nervous because it was uncommon. Nobody came out in middle school.’

“I think that a lot of kids today struggle with coming out. It was really hard for me. I wasn’t really into sports, and I didn’t relate to many boys in my grade; I always knew. My parents got divorced when I was in middle school, so I never really had that father figure to play catch with. It was more about going shopping with my mother and sister and doing things that were more feminine than most guys my age did. With my sister, we used to go downstairs and play with her Barbies, and looking back now, that was such a clear example. I don’t know why my mother was surprised.

“Middle school was when I started to realize that I was gay. That was when I really knew, and I never wanted to admit that to myself. I was nervous because it was uncommon.

“Nobody came out in middle school. I tried to make myself more masculine. I never wore certain things, and I would make jokes. I guess that was my coping mechanism, to try and not be that, but kids still had that idea. In seventh grade, the anonymous website Ask.fm was big, and I would say about 75 percent of the questions I got were ‘Are you gay?’ I think that was the start of one of the worst times in my life because my parents were splitting up and I had kids making fun of me. 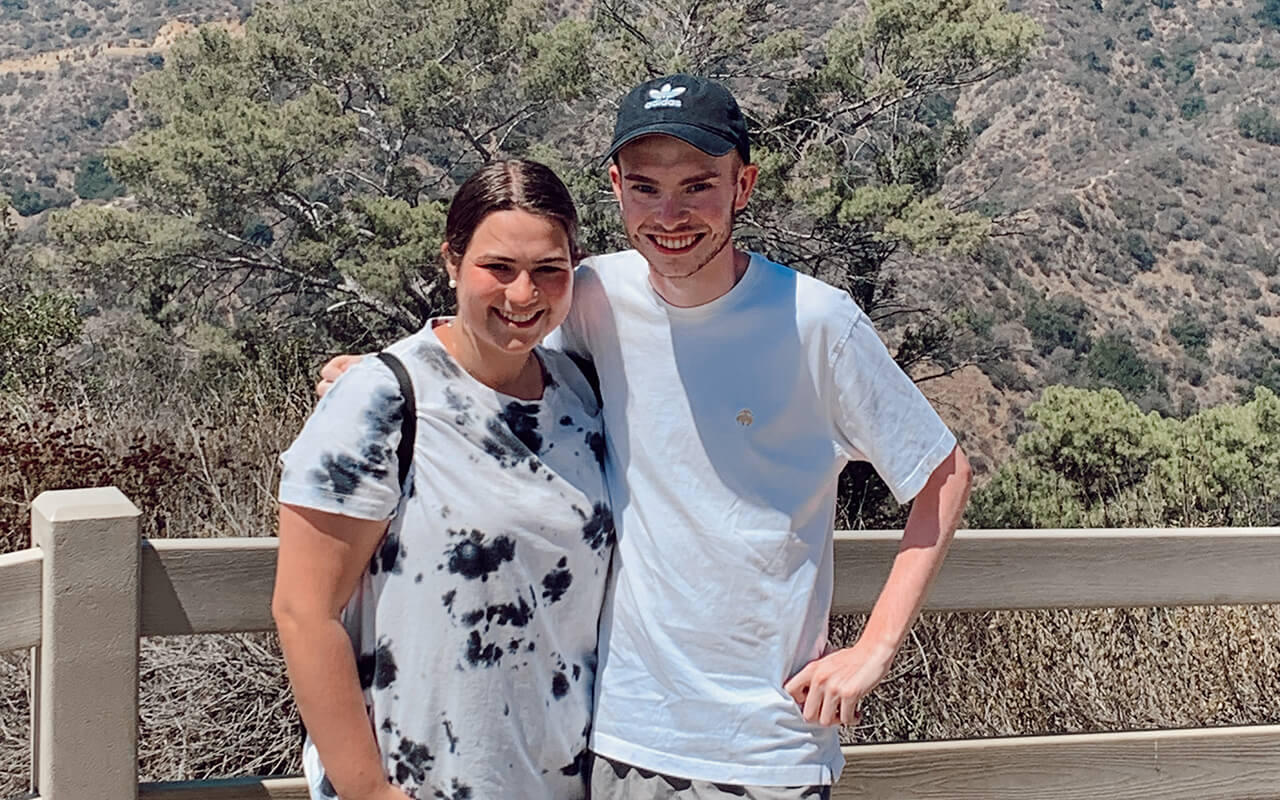 “Eighth grade comes around, and I have my first woman crush, even though it was more me being naive and trying to really just avoid the situation. She knew that I really was attracted to guys, so that’s why when I tried to pursue her, she wouldn’t really allow me to. I appreciate that because I don’t have that embarrassment, and I can never say that I dated a woman. After that whole situation happened, I told myself I would never do that ever again. I would never try to talk to another woman in that way again in my life.

I didn’t know how to come out. I saw kids in high school do that, and I thought, ‘That’s so ballsy,’ but then kids would know you as ‘the gay kid.’ I didn’t want to be known for that. Why should I have to be categorized that way?

“I never had a boyfriend or girlfriend in middle or high school like most kids do. I sat at home and I was miserable. I thought maybe working will help solve my problems, so at the beginning of high school, my friend and I both applied to McDonald’s. Throughout my four years of high school, that was how I solved my problems – I worked like a dog. I worked as much as I could because that was my way of coping and de-stressing. I went to work, and I didn’t think about anything outside of it. I worked 26 hours there and then I worked at a clothing store, Banana Republic, too. 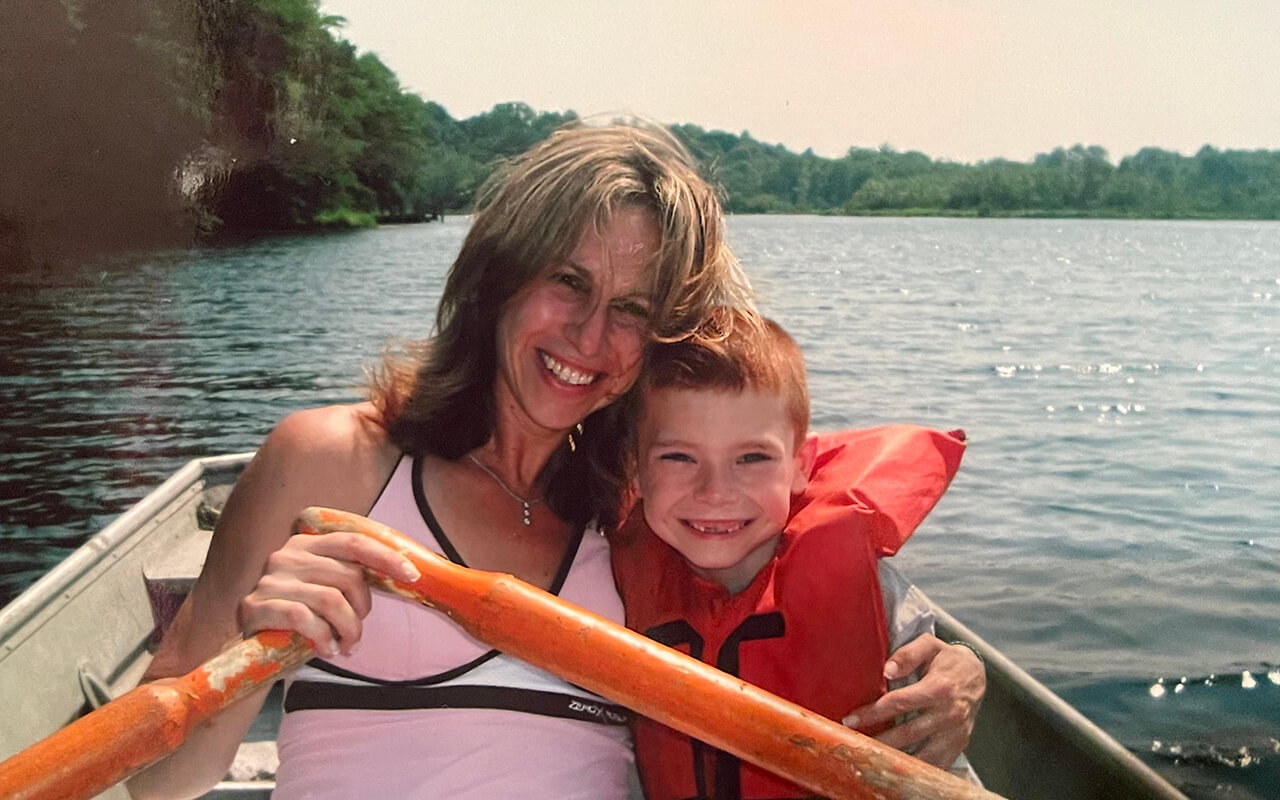 “High school was really when I started to become more myself and felt more comfortable. I minded my business, and I did my own thing. I was never really into dating. I never went to parties, I just worked. Inside, I was still hurting because I didn’t know what to do. I was really stuck. I didn’t know how to come out. I saw kids in high school do that, and I thought, ‘That’s so ballsy,’ but then kids would know you as ‘the gay kid.’ I didn’t want to be known for that. Why should I have to be categorized that way?

“Right before I started college, I wanted a therapist. That was who I wanted to come out to. Some people see that as a weakness, but I didn’t. I just wanted to talk to somebody. It took me about a year to finally tell her. I was so afraid. She was really understanding, and she gave me a hug and ever since then, our relationship got even stronger. I was able to be my real self with her.

“Once I got to college, I wanted to branch out. I had no idea what to do. I was 18 and never kissed anybody. I didn’t know how to even talk to a woman or a man in that way. I told myself that I’m going to try.

“I was Snapchatting this guy from college, and I thought it was so cool to talk to a guy. We went on a date, and I was so nervous he probably thought I was crazy. I didn’t really know how to interact with someone like that. We only chatted for two months, but that was my first boy interaction. Talking to him and going on that date really solidified it. That was the point where I knew I was going to date guys for the rest of my life.

I was so stressed. I was throwing up every day. I would wake up and have this nausea. Every time I went out with him, I would throw up because I was so nervous about what I was going to be telling my family and what was going to happen.

“I had all this pent-up stress, and I didn’t know who to tell or what to do. I was a commuter, so it was hard for me to find friends at school, and I didn’t want to tell my friends from home that I was gay. I think they knew, but I wasn’t ready to tell them. I went on that first date and nobody knew. I was figuring it all out on my own and it was really hard. In class, a girl came up to me and asked to work in a group together. Basically, we hit it off and went to dinner after. She asked me what relationships have I been in, and I thought to myself, ‘Should I tell her? I don’t even know this girl.’ I said, ‘I’m gay and you’re the first person I’ve ever told, besides my therapist.’ That became my strongest friendship because she knew my true self. I finally had someone to talk to.

“I ended up having my first real boyfriend, and we dated for a couple of months. My family still didn’t know. I was lying to my mother and sister about where I was going, and my sister was catching on. She was questioning me about where I was and what I was doing. I was so stressed. I was throwing up every day. I would wake up and have this nausea. Every time I went out with my boyfriend, I would throw up because I was so nervous about what I would tell my family and what was going to happen. It really hurt me because I had this boyfriend for so long, and I could never bring him home. I wanted my mom and sister to meet him, and I couldn’t do that.

“The next person I wanted to tell was my sister because we’re very close. We’re like best friends, attached at the hip. My therapist told me that there will never be a right time to tell my sister, and that stuck with me because she’s right. I think that’s really important for people because they wait for the right time, but there never will be one. It was 4 in the morning. I was getting ready for bed, and I told my sister I had something to tell her. She was like, ‘What? You have a boyfriend?’ and I said, ‘Yeah, I do.’ She was so excited and happy for me. It was a stepping-stone for my internal growth, and that was really big for me. I’ve realized, in this journey, the closer you are with someone, the harder it is to tell.

The physical stress stopped after I told her. I didn’t have to lie anymore. I went through so much stress just to tell somebody that I like a man instead of a woman. That’s just the way I was born.

“I didn’t know how my mom was going to react. That’s what was holding me back. That’s why I was afraid to tell her. I knew she would still love me as who I am, but I didn’t want to be perceived as different. My mom is a police officer, and she’s been doing it for 25 years. She would still make comments, like saying she wanted to set me up with a female intern at her work. I don’t think she knew yet.

“After I told my sister, I started to tell more friends. I wanted to come out to the world. It was almost the social norm to post on social media, so in December, I drafted this letter that was basically for my sister, but it was really for me to come out. It was a short summary of my story. I printed it out and folded it in my laptop. I was going to post it on Instagram, but then about two weeks later, my mom found the letter when I wasn’t home. She read it and called my sister into my room. My sister told her she already knew I was gay. My mom told my sister she felt that she failed as a mother because I wasn’t able to tell her. That really hurt me because that’s not how it was supposed to be. It’s because I wasn’t ready.

“That night, I started to break down in tears while driving. I had all this pent-up stress about how I’m going to tell my mother and that was eating me alive. I started crying on the phone with my sister, and she told me to pull over so she could meet me. She said that my mom found the letter. I didn’t even tell my sister about the letter. We were both crying, and I said, ‘Wow, mom knows I’m gay.’ My sister kept saying that I did it, and I’ll always remember that. She’s right; I did it.

“I was finally able to be comfortable with my mother. I get home and I go into my mom’s room and we both cry. She reminded me of how much she loves me and how proud she is. It was probably the hardest day of my life because it was so unexpected, and I was never planning on telling her that day. The physical stress stopped after I told her. I didn’t have to lie anymore. I went through so much stress just to tell somebody that I like a man instead of a woman. That’s just the way I was born. I am proud of myself and I think that everything that happened was meant to be and I wouldn’t change anything.”