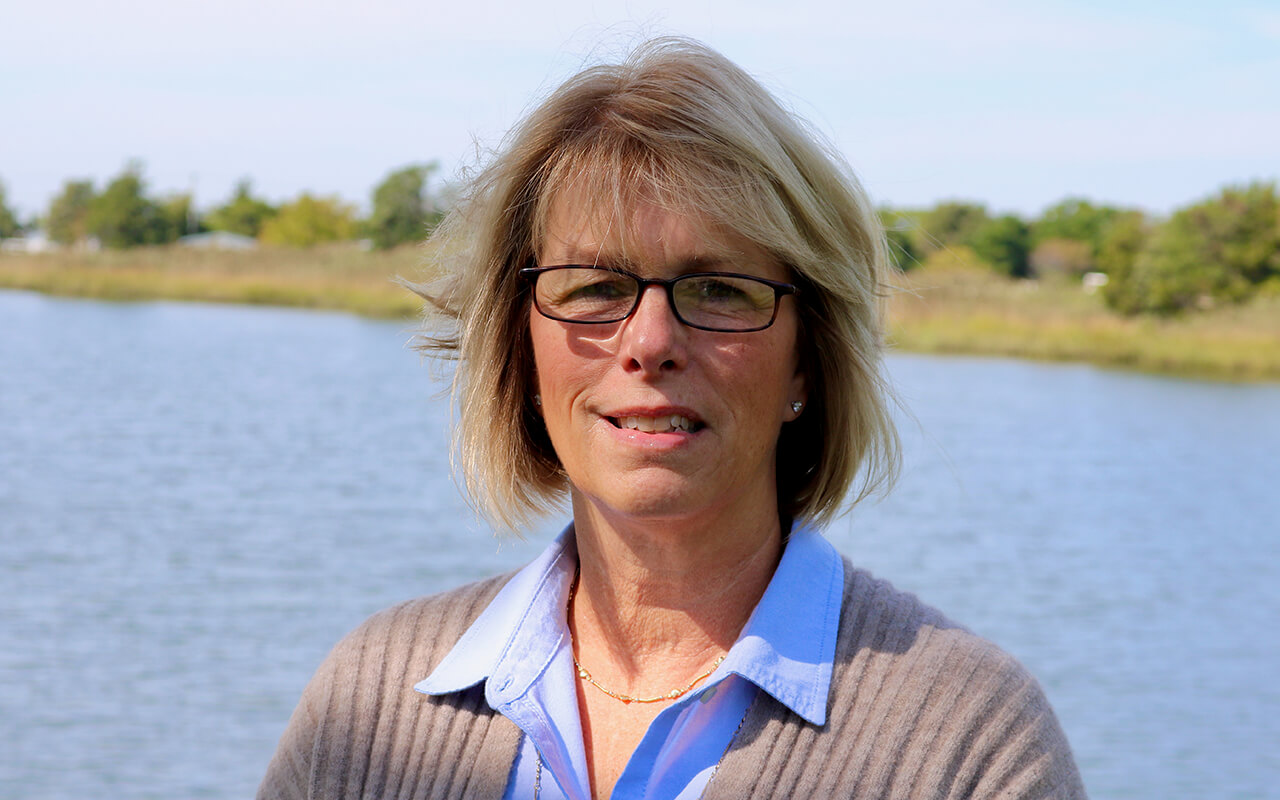 ‘I feel that I can give back by doing this, whatever the need may be.’

“My dad is passed now, but he would challenge us and say, ‘Work harder, but never forget you need to help someone else.’ He was a Navy frogman and a decorated New York City fireman. He had a very difficult upbringing and wanted more for his children than he ever had. He taught us everything good in life. He was included in a book, ‘20,000 Alarms: The Memoirs of New York’s Most Decorated Fireman.’ My father never shared things about growing up. We knew his mother even though he was in foster care. We met his father once. When we read the book as kids, we were like, ‘Wow’ because my father always downplayed everything he did.

“I used to work alongside him on his car, whatever he was doing. My first job was seal-coating driveways. My second job was laying bluestone patios. But I was a stay-at-home mom of five for years, and I took every day as a challenge. I volunteered in the schools, was on the PTA, class mother, soccer coach.

“There came a day when everyone was just about done with school and I was bored. I wasn’t used to not being challenged. I worked for my husband on Sundays in one of his hardware stores, and my friend had a store, The Writing Place, in Stony Brook Village, and she needed help. It was the first time I was out of the house and employed. I had the best job in the world as a mom. I decided at 58 years old to open a women’s clothing and accessories boutique.

I used to work alongside him on his car, whatever he was doing. My first job was seal-coating driveways.

“In 2014, I started DazzleBar with two friends. After a year, I bought them out. A daughter then joined me in business. I enjoy what I do, which is meeting people. My customers become my family; some of my customers become employees. I get to do a lot of fundraising events for people. I have worked with 10 different school districts, Boy Scout groups, local sports teams; it enables us to give back.

“During COVID, we did virtual fundraisers. A portion of the orders would be dedicated to the fundraiser. I feel that I can give back by doing this, whatever the need may be. I learned from my dad, you have to make yourself available to other people in whatever way. Life is too short not to try something new. I love what I get to do. I’m 65 and don’t see myself slowing down.”

The Bra Lady talks a comfortable fit, dealing with tragedy
Smithtown man talks growing up gay, coming out to family