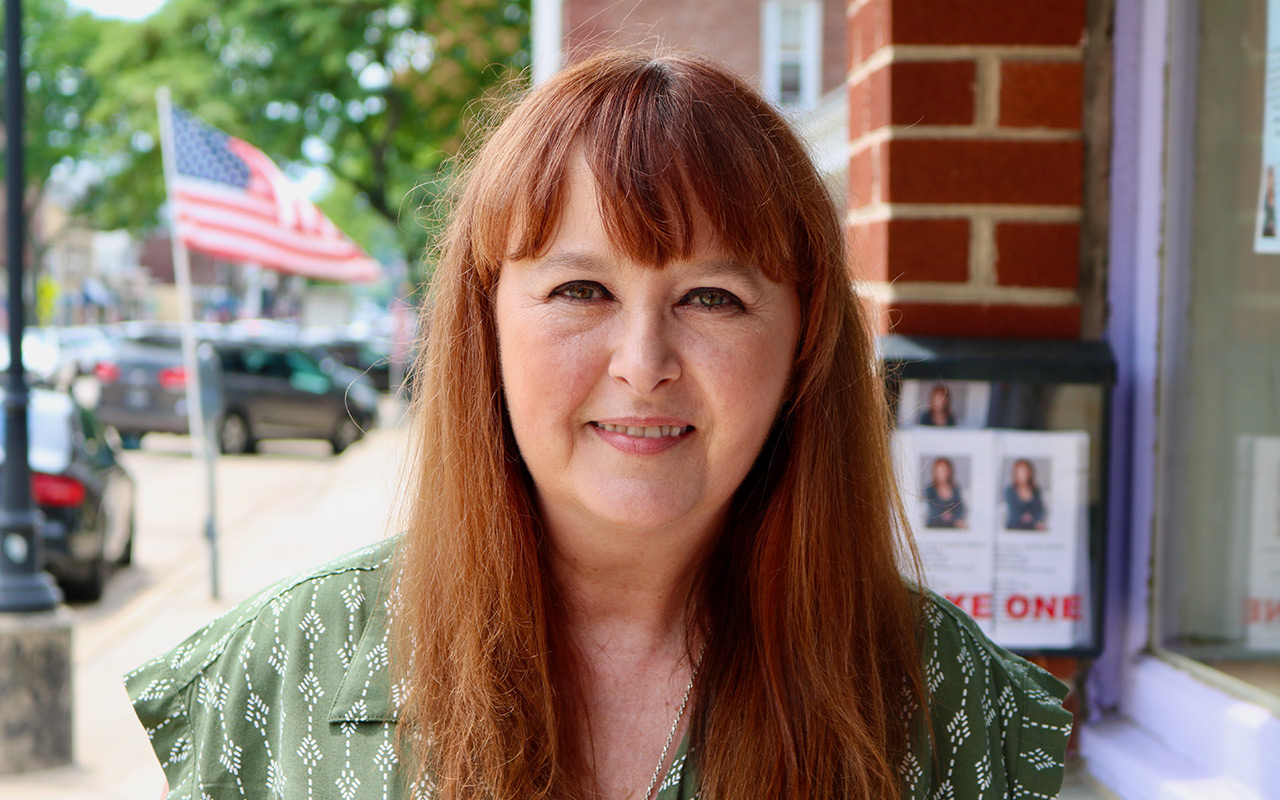 ‘I never want to go back to the way I was, closed off from connecting.’

“A mental medium is what most people are familiar with when you mention mediumship, speaking with the dead. I’m speaking to them and relaying that to the recipient. But there’s another form called physical mediumship, where spirit produces physical phenomena in a seance room.

“I work with transfiguration. We sit in the dark; some people find it creepy. They create ectoplasm, a mist. The faces of spirits come in front of me and are recognized. I have a regular group that sits with me, and five out of six fathers were seen and identified in spirit.

“I speak at libraries, colleges, I teach trance and mental mediumship at Lily Dale, about an hour from Buffalo. It’s the largest Spiritualist community in the U.S. Now I have a business, but prior to this I was practicing law in Northport.

“Like most children, when I was young, I could communicate with spirit, I just didn’t know they were spirit; I was told they were my imaginary friends. Then I forgot about it, and I went on to become an attorney like my dad.

There are people walking around that don’t realize they have it.

“My parents passed around the time I was starting to open up intuitively. I didn’t understand it. It was like being thrown in the deep end. I started reading, and then I found the spiritualist churches.

“Spiritualism uses mediumship to prove the continuity of life after the physical death of the body. It’s also a religion, a philosophy and a science. I’m ordained as a spiritualism minister, and I consider it my religion.

“When I would lose pets or people before I became a medium, I grieved and it seemed they were gone forever. When my parents passed, the experience I had with grieving their deaths wasn’t the same because I know I can connect with them. I have a grand old time with my father. A woman in a building he used to own kept seeing a spirit with a hat. I never want to go back to the way I was, closed off from connecting.

“Life has a whole new meaning. There are so many things; it’s not just speaking to the dead, it’s animal communication, healing work, trance work. There are people walking around that don’t realize they have it. That was me. There are people who have it and are frightened of it. Life without the abilities would be awful, and I want to share it.”