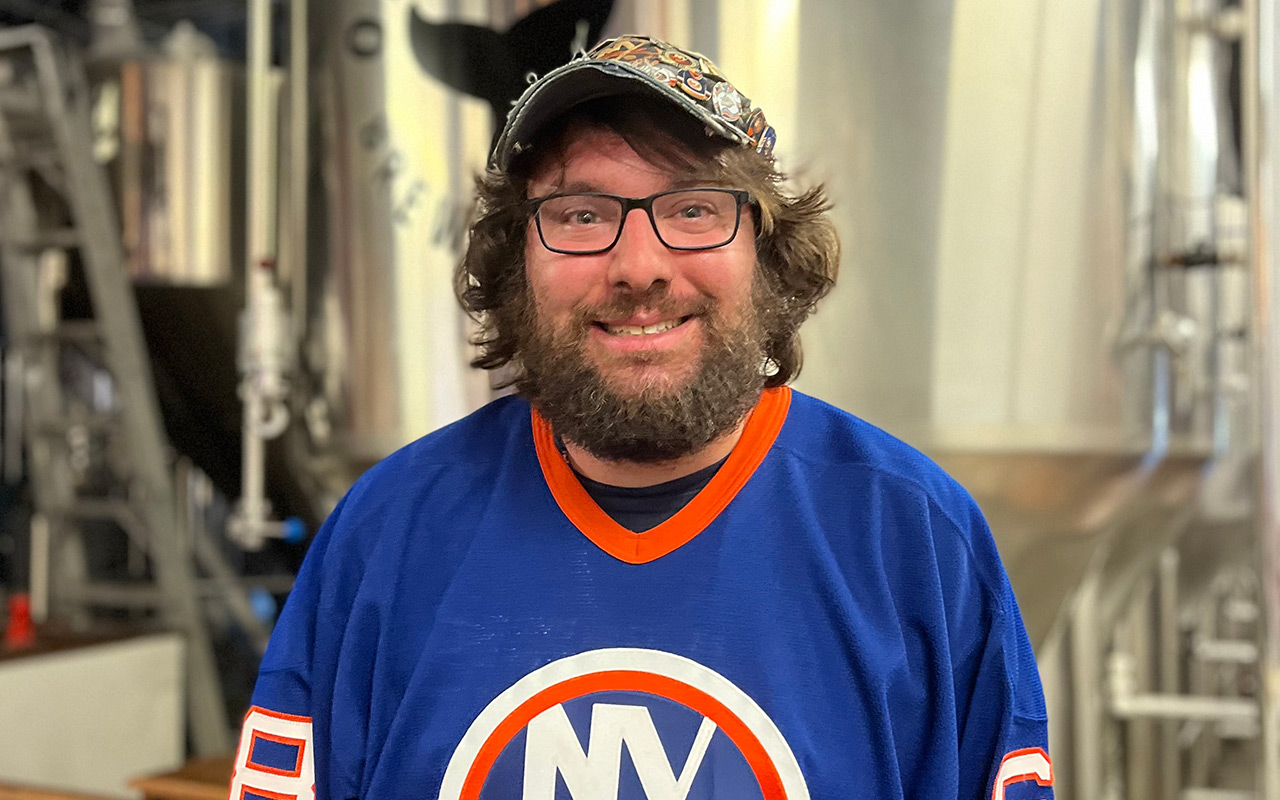 ‘When the Coliseum closed for the first time, it was a tough year in my life. My dad passed away that year.’

“I became an Islanders fan day one. My dad was a huge Islanders fan. Two or three days after I was born, he went to a game and caught a puck. I got the puck signed by Denis Potvin this year.

“When the Coliseum closed for the first time, it was a tough year in my life. My dad passed away that year. I lost my dad, who brought me up with hockey and the building I grew up in. My second home. I lost both of those in the same year. 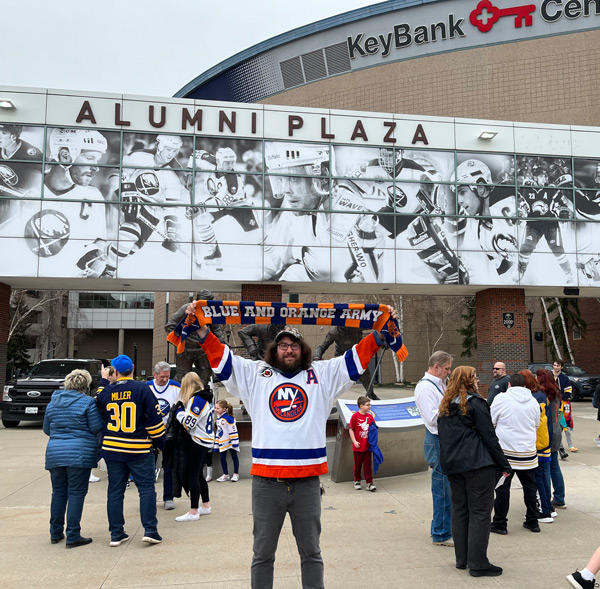 We were trying to do something to bring some life into the building.

“I helped start the Blue and Orange Army. A few of my friends sat in section 329 for a while. We were getting student tickets in 330. We started to move over and sit with them. Our friend Westfall (not actually Ed Westfall, but he always wore a Westfall jersey) and his friends used to sit at the top, and we’d yell stuff, and they’d yell stuff back. So eventually we just started getting tickets to move up there. The team wasn’t really good in the mid-2000s, so it was like, ‘Let’s just have fun and yell things and sing.’ We were trying to do something to bring some life into the building. 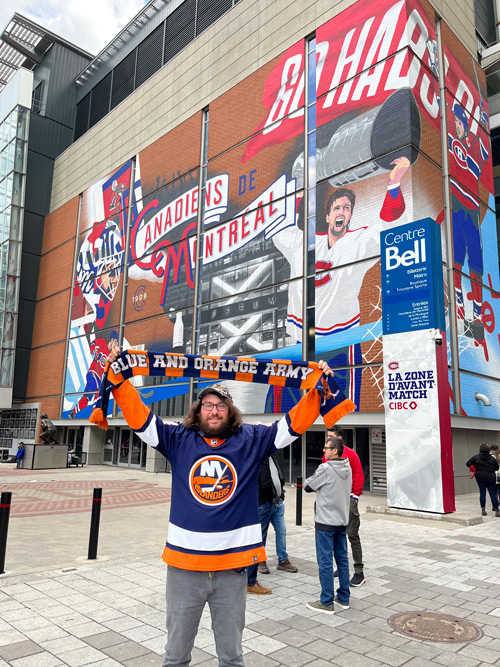 “The one claim that I brought to the group that we started doing, that now the whole fan base does, is the ‘Yes!’ chant. They do it after goals at Red Bulls games. Daniel Bryan, the wrestler, is the founder of the ‘Yes!’ chant. He started the whole thing. I’d been watching and thought, ‘This would be fun to do at hockey, too. Why not?’ It started with a few of us, and it got bigger and bigger. One home opener our section did it, then two sections next to us did it, then the next goal, half the building was doing it. We were like, ‘This is insane.’ They started putting ‘Yes!’ up on the board after the goals. Our friends were like, ‘Dude, look at the LED board around the ice.’ I looked and they were saying ‘Yes!’”

Valley Stream boxer credits the sport with giving her and others confidence
Glen Cove artist makes a name on social media, enjoys giving back to his high school