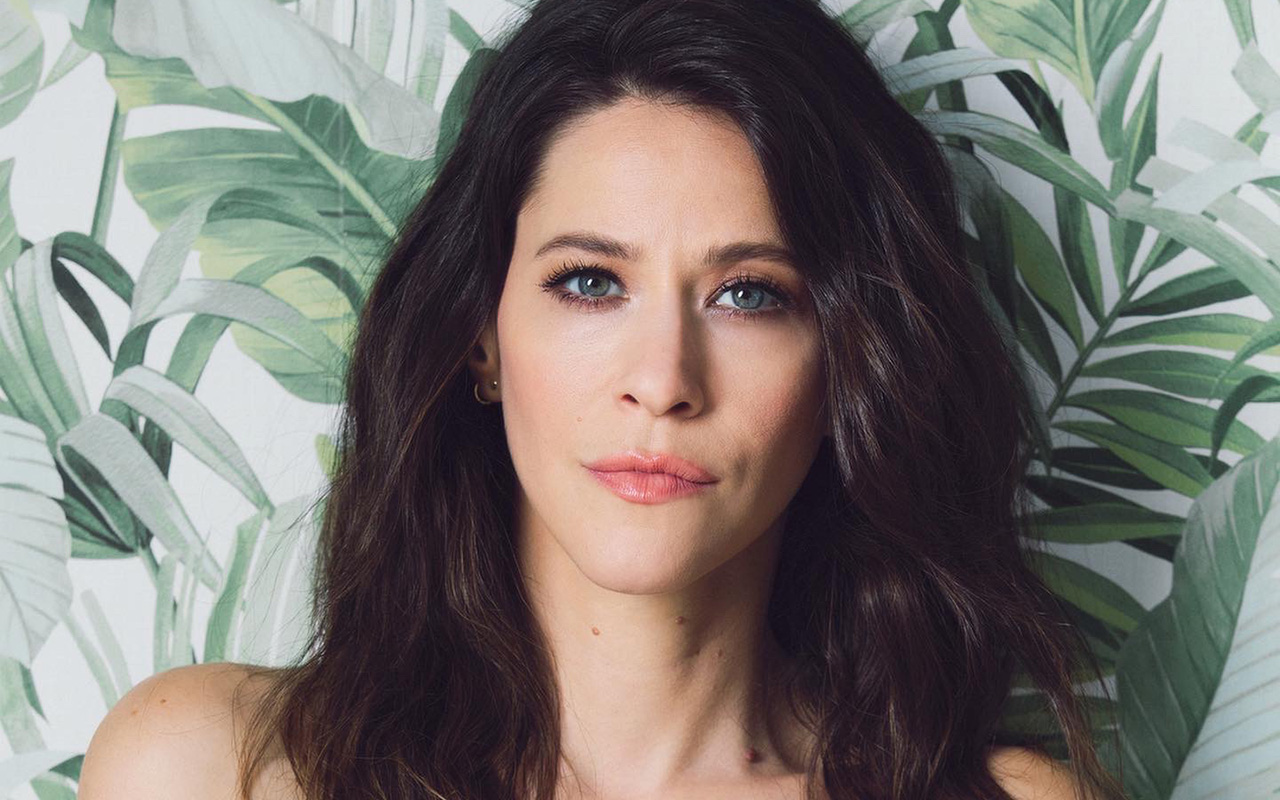 ‘I never thought it wouldn’t happen because acting was all I knew. I was so close I could taste it. Then, it happened!’

“When I was a kid in Oceanside, I had an inordinate amount of energy, and I wanted to be an actor. I never deviated from this goal. When ‘The Nanny’ came out, it became, ‘I want to be the Nanny!’ My career wouldn’t have happened without two things: My mom’s close friend being an agent for kids, and my having a willing and supportive mother. As a kid, I was lucky enough to be going on auditions all the time. We would schlep on the LIRR. I had a thick Long Island accent and had to get help getting rid of it. The first big job I got was on … ‘The Nanny!’ I was 12, and my mom and I flew to California. The Northridge earthquake hit a few hours after we arrived. Sony completely flooded, so we couldn’t shoot until the set was rebuilt a few weeks later. I had to come back and do it all over again. 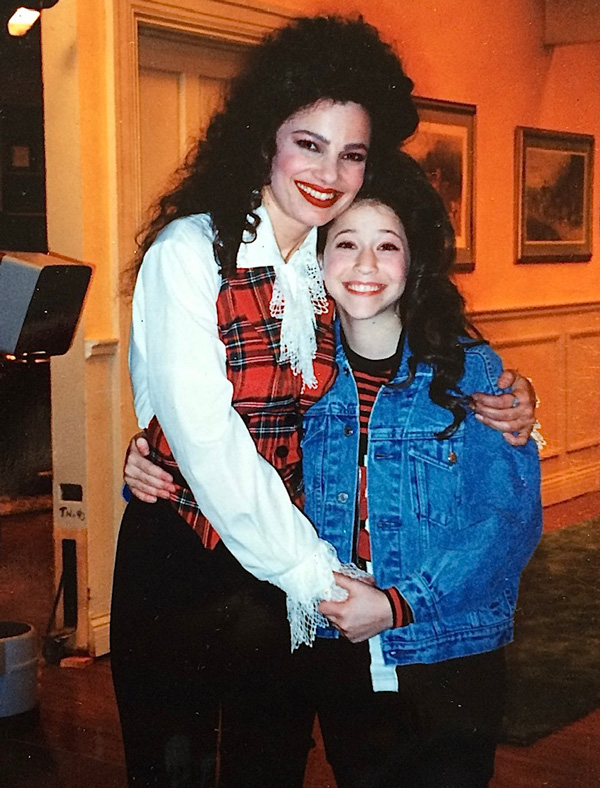 “I was actually on the show twice playing two different characters: young Fran in a classroom, and three years later, Fran’s cousin. After one semester of college, it happened to be pilot season, so my agent called everyone who would listen, including Danny Jacobson, the showrunner of ‘Roseanne.’ She said, ‘I have a client you should write a show for, and if you don’t like her, you’ll never hear from me again.’ I sat down with him, and he shortly realized he wanted to give me a development deal with 20th Century Fox and create a new show. That show never happened. It was the first of many times I almost had it. I also had a deal with Nickelodeon. They were creating me a spin-off of ‘All That’ called ‘And Now This!’ It never went.

“I started doing stand-up when I was 14. One of my first bits was listing the Babylon train line in the announcer’s voice. At one point I bought a boom box and a karaoke CD and met a producer in the lobby of a Doubletree, where I did my shtick, including a song-and-dance number. I did anything to make this career happen! It all sort of worked because they were steps forward. I never thought it wouldn’t happen because acting was all I knew. I struggled so much on the way to where I am. I was constantly in meetings with people who said, ‘The right person is going to see you, and it’s going to happen to you.’ I was so close I could taste it. Then, it happened!”

It’s mind-expanding to be capable of a thing you never thought would be possible for you.

“When I tried out for ‘American Idol’ in 2008, I’d been acting for 20 years. I loved making music, and I’d gotten more serious about it when I’d moved to New York to do a show called ‘Jewtopia’ in 2003. I’m pretty much down to do anything creative. I auditioned for ‘Idol’ with 18,000 people in New York; they showed three auditions on TV, and I was one of them. Then, after Paula Abdul was on ‘The Tonight Show’ saying I was her favorite, I got eliminated immediately. Welcome to Hollywood! It was sort of a blessing that it didn’t happen. Even though it was devastating at the time, I don’t know that it would have been the most fruitful journey for me. I mostly did ‘Idol’ because I had been acting for so long and it wasn’t happening.

“After ‘Idol,’ I ended up being a musical comedian, touring colleges and doing commercials from 2010 to 2015. I didn’t have a lot going on when I got an audition to play Gilda Radner. I prepared for every single one of her characters, including costume changes. I brought a guitar, wrote a song, I brushed out my hair and practiced my voice. I was wildly prepared. I get chills remembering how, as I was leaving, the casting director opened the door and yelled to me down the hallway, ‘Jackie, don’t cut your hair!’

“Getting to play Gilda in ‘A Futile and Stupid Gesture’ was life-changing. It was a coveted role, and me, this no-name girl from Long Island who hadn’t worked in a while, got the part. The movie was an incredible experience that led to an audition for ‘GLOW.’ I read the script and was going to pass out because it was the funniest, deepest, most diverse, interesting, real, grounded, women-led, women-written thing. I tried out for every character on ‘GLOW’ before getting Melanie. I wasn’t an athlete, and we did all of our own stunts. We learned how to wrestle! That was me, body-slamming people. It was the most validating and empowering experience of my life. It’s mind-expanding to be capable of a thing you never thought would be possible for you. Our value in these situations is vaster than we ever could know. As a person who’d been acting for years, I was acutely aware of how rare of a situation I was in. To have the dream job was incredible.”

I’ve learned to be unreasonably tenacious in order to have a well-rounded career in which I get to do a lot of different things. 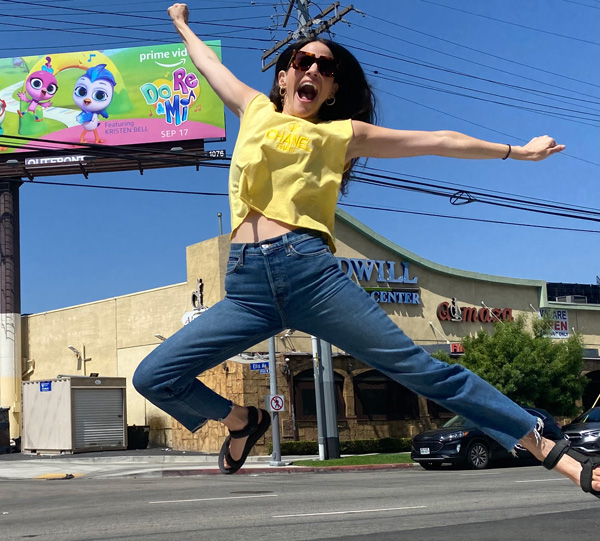 “My buddy Mike and I created ‘Do Re & Mi’ in 2014. I would have never known a cartoon takes seven years to make until I made one. He had an idea for a kid show with music, so we came up with a bunch of scripts. He also created an incredible amount of art, and my friend Dave helped write songs. Music and arts education are [historically] the first to go when schools are facing cuts. We wanted to make the show so all kids can have access to music education in one way or another. I was at Kristen Bell’s house and wanted to see if her daughter responded to the art and music. As I was showing it to her daughter, Kristen said, ‘I love this idea, let me know if you need any help.’ She came on as a producer and a voice. We started making the show in 2019, and it came out in 2021. Mike and I created it, Dave and I wrote all the music, and Kristen and I did voices and executive-produced. I wore a lot of hats, and it’s absolutely the direction in which I’d like my career to continue.

“When I got the opportunity to do ‘Best Leftovers Ever’ on Netflix, which was a cooking competition series, it put hosting at the top of my dream list. I love meeting and interacting with new people. A big part of hosting is improvising and thinking on your feet. We only did one season, unfortunately. Looking back, who knows what would have happened if I had not grown up on Long Island? My dad is a musician, and my mom is incredibly funny, so all of my good stuff came from my parents. My brothers are athletes, and my parents are both gym teachers, yet I somehow came out born in a leather jacket doing a dance number and have never stopped! I’ve learned that to be in my career, you must have perseverance and patience. I know I was more patient than I thought possible because I always had my eyes on the prize. I have an internal combustion engine to just perform and make art. I can’t not do it. If you want to succeed, you have to make stuff and put yourself out there. You have to have thick skin and want to keep coming back for more in the face of unimaginable rejection. I’ve learned to be unreasonably tenacious in order to have a well-rounded career in which I get to do a lot of different things.”