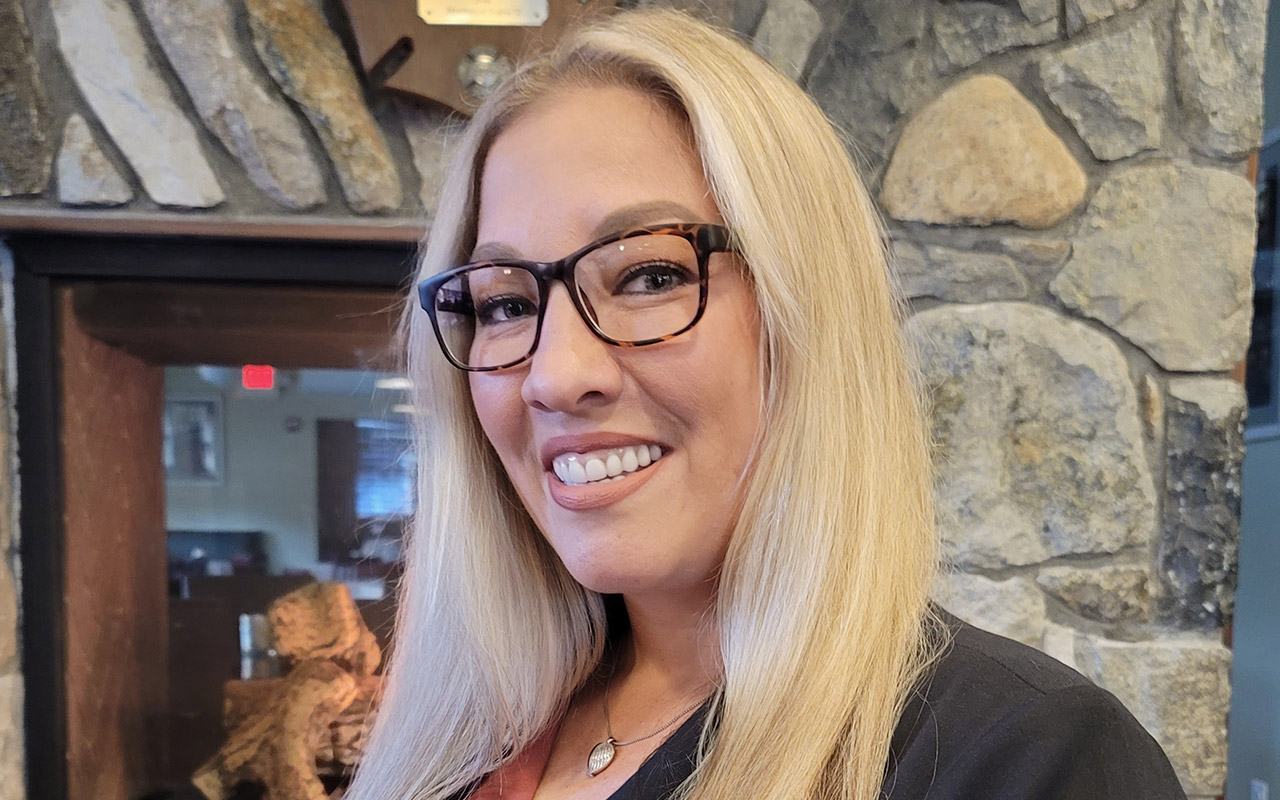 ‘I always try to better myself and push myself to do what I love and not let anything get in the way of that, but first I had to learn how.’

“I originally lived in Merrick, but when my parents got divorced, my mom and I moved to Las Vegas after junior high. I got in with the wrong crowd, dropped out of school in ninth grade and got hooked on methamphetamine. I was addicted for two years, but one day I woke up and was like, ‘What the hell am I doing?’ I wanted to go to rehab, so my mom sent me back to live with my dad in Point Lookout. I always try to better myself and push myself to do what I love and not let anything get in the way of that, but first I had to learn how.

“After coming home, I was a 17-year-old freshman at Long Beach High School, but graduated in two years. I went to day and night school; they let me go to summer school. I went to a class early in the morning and did four years of high school in two years.

“I met my ex-husband in high school. We tried everything in the world to save our marriage, and it was just something that wasn’t doable. Although my ex and I chose to separate for some time, we quickly found out that it would be best to move back in with each other, co-parent and raise our kids together. We became friends and focused on what we created together, realizing our children meant more to us than anything else in the world. We both came from broken homes and did not want the same for them.

“My mother was a single mom, working three jobs and struggling while doing everything in her power to give us the best life. I always know there’s someone there to back me up, so I don’t think I deserve the title of single mother. 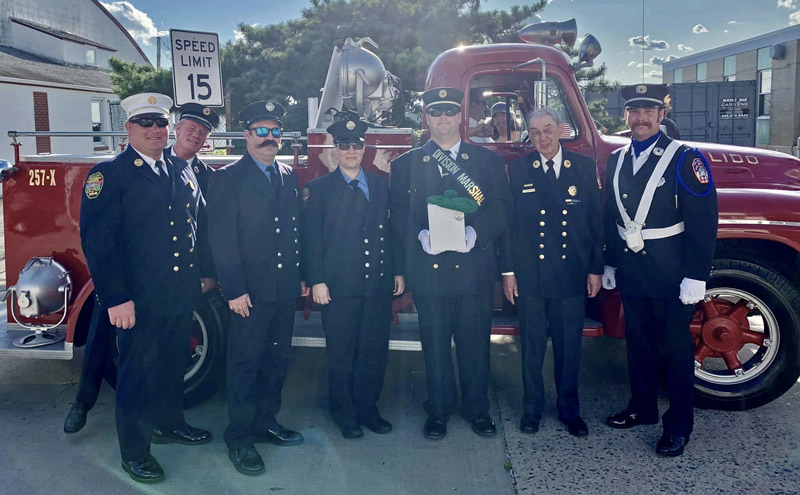 “I became a firefighter at 18. I was the only girl at the Point Lookout-Lido Fire Department. My father, grandfather, cousins, uncles and my ex are all firefighters. I joined because my dad had no boys, so I had to keep the family tradition alive, and mother always taught me, ‘Anything boys can do, girls can do better.’ I was up for the challenge. I even ran for fire commissioner at age 21.

“I was also employed as an EMT on an ambulance but have served as a volunteer firefighter since 1999. I once ended up fighting a fire while pregnant with my first son! Some people at the scene were screaming ‘No, you’re pregnant,’ and I was like, ‘But this house is on fire!’

That was the only time I thought I might not make it, like this disease was going to take my whole family away.

“While I was pregnant with my first son, I was feeling like something was wrong, and when I finally found a doctor who would take a chance and give a pregnant woman an MRI, a huge tumor was found right on top of my carotid artery in my head. Surgery while pregnant is risky, so they waited until my son was born. It was a very calcified tumor, so when they broke into it, I bled out and flatlined on the operating table. I ended up needing transfusions during the surgery. In the end, they left the tumor there. It’s benign, so I live with it, but there’s always a chance I could go blind because it’s sitting right behind my optic nerve.”

“When I tried to go back to the fire department, at first I was denied because of the tumor, so I got a lawyer. I fought from June through November of 2004 to get back, and once the lawyer was able to get a neurologist to clear me, I returned to the department, only to soon find I was pregnant with my twins, so I had to leave again. 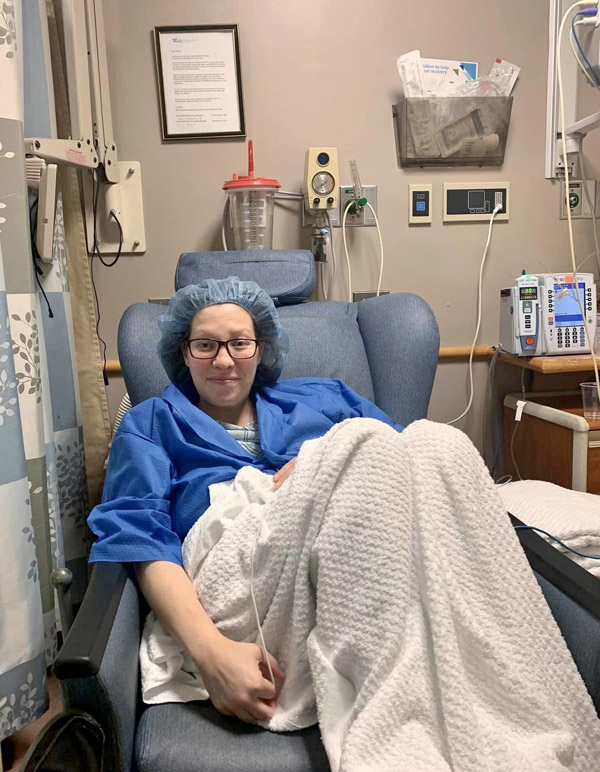 “Years later, when my oldest was 15 and my twins were 12, I would be diagnosed with Stage 3 rectal cancer at the age of 38. I was having problems with my head tumor, which was making my eyeball protrude from my face for no apparent reason, and an MRI found new tumors around my maxillary sinus. The doctors didn’t want to touch those after what happened during my previous surgery, and I naturally started stressing out. I developed stomach issues and started bleeding, so I thought I might have a stress ulcer, but after a colonoscopy, they found the rectal cancer.

“On top of that, my father and aunt were also suffering from cancer at the same time. I was diagnosed on April 8 of 2019. My father passed on July 1 that year, and then my aunt died Aug. 30. Between treatments, I was flying down to see them, doing my best to take care of them. I was literally laying on top of my dad as he took his last breath. That was the only time I thought I might not make it, like this disease was going to take my whole family away.

“Can you imagine how hard that was? Fighting for my own life while watching them lose theirs?

Not many people can say they love what they do, but this lady here has been given a third chance at life, and I wouldn’t change a second of it.

“Luckily, my doctors were positive about the whole thing, saying that I was going to beat this, and my ex-husband, my family, my friends and the whole Point Lookout community supported me. I was rarely not smiling through the whole process. In the end, it gave me hope and made me realize what life was all about. I just got my second scan in October, and it was clear. I am now two years in remission.

“Due to complications from the brain tumor, I was having double vision and couldn’t drive. At that point, we decided I should be a stay-at-home mom. I was grateful, but quickly realized it was the toughest job ever. I had worked as a firefighter and on an ambulance as an EMT, but nothing was harder mentally than being in charge of a household. I was raising three beautiful children, cooking, cleaning and doing laundry for seven years, but when a restaurant opened only three blocks away from my house I thought it was a perfect opportunity to get a mommy’s-night-out kind of job for a couple of nights a week. I started as a server, but over time I realized I had more to offer. I started working more, and it became a job I loved, where I can walk through the doors and all my problems would go away. Fast-forward nine years to 2021, and the owners of the restaurant trusted me and made me the general manager in September, perfectly timed with my onset of midlife crisis.” 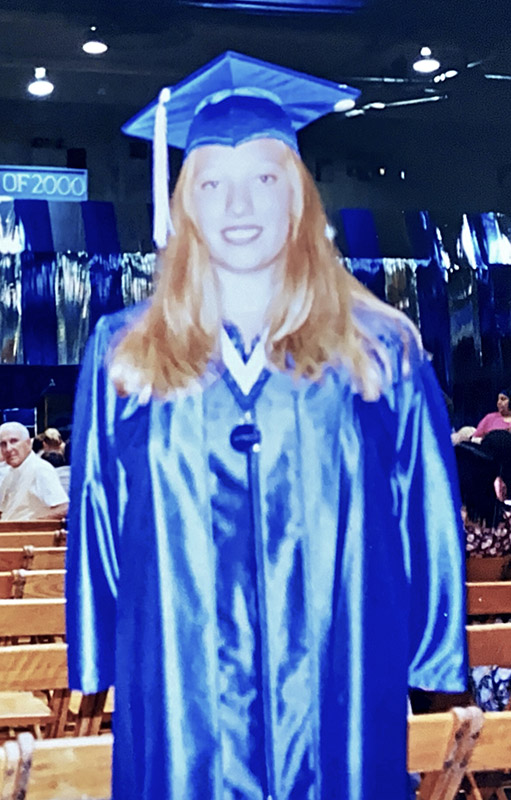 “At the same time, while I never lost my certifications to work in the fire department, I decided in November to go back to school and take the training again. I’m actually going with my firstborn, who is also joining the department. Despite being sick, I always kept up my certifications to be a Class A firefighter, but I don’t feel comfortable running into a burning building right now as things have changed over the past 15 years, so I’m taking the class so I can feel confident walking back into those firehouse doors again.

“Not many people can say they love what they do, but this lady here has been given a third chance at life, and I wouldn’t change a second of it. Everything happens for a reason. I’m one of the lucky ones to find my purpose.” 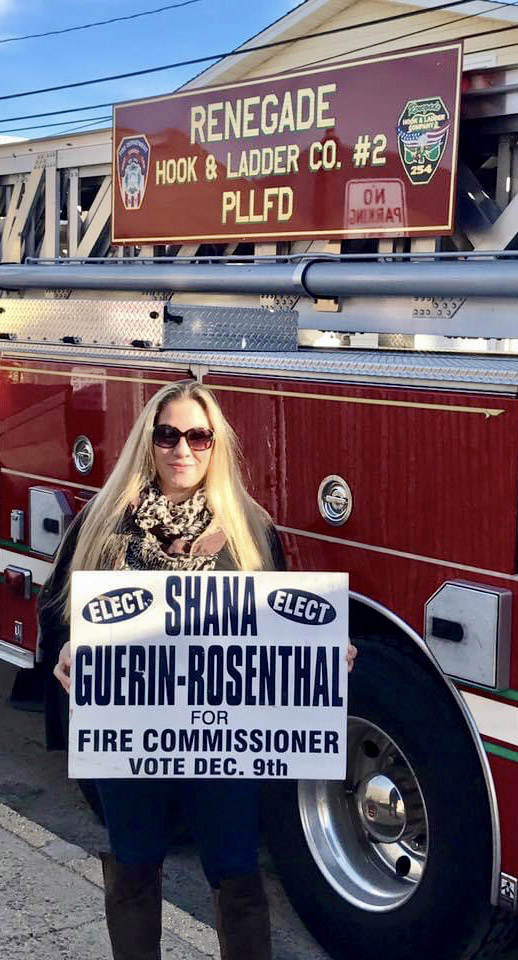