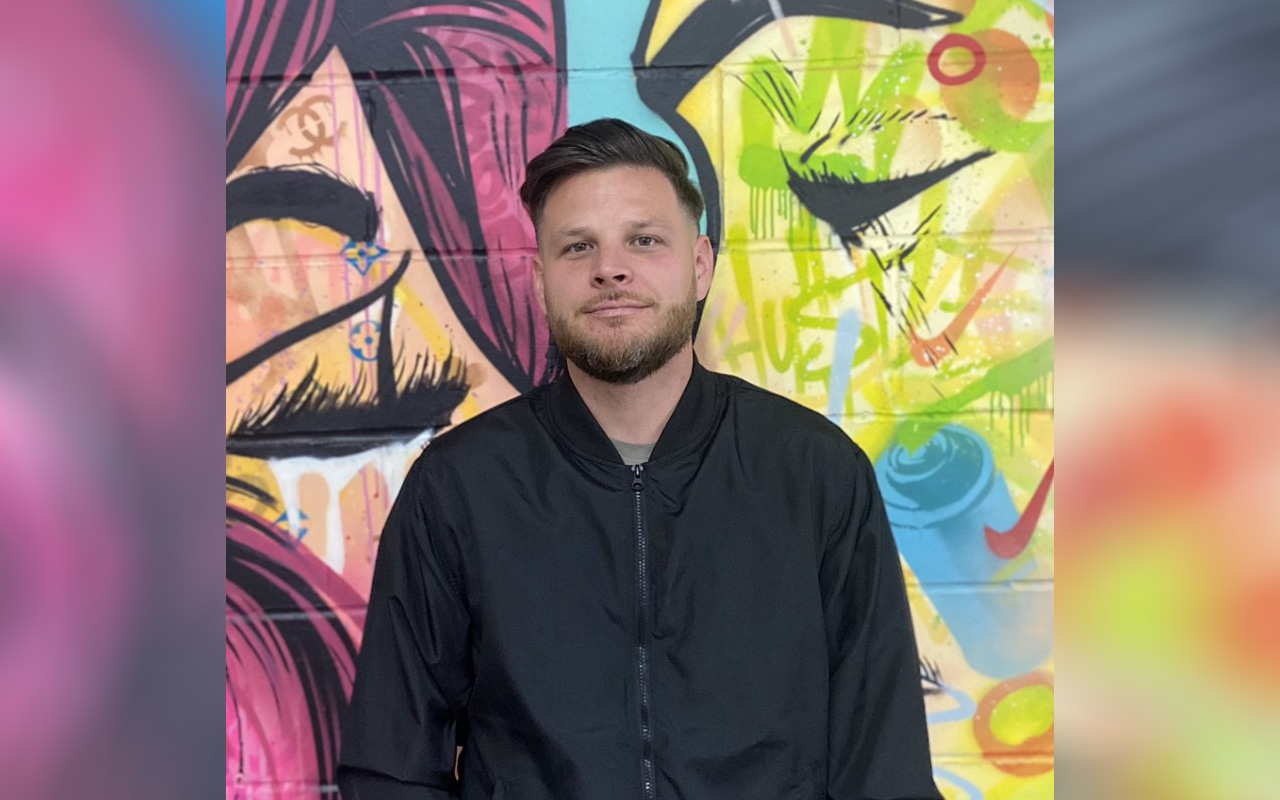 ‘Instead of doing dumb things in the streets, I would just focus on my craft.’

“I grew up in Central Islip, and I was always into art. Down the block from my house were an abandoned power plant and a psychiatric center. It was covered in graffiti, and I found a can on the floor, and I used it to write my name on the wall. Ever since that day, I fell in love with the medium of aerosol art.

“In ninth grade, my mom bought me an airbrush kit, and I started airbrushing my sneakers and clothing. Somebody started ordering shirts from me, which sparked my entrepreneurial journey. It got so crazy that I would be late for every class because I was taking everybody’s orders. I got in trouble with the principal, but they ended up giving me the school store to take orders.

“Growing up in my neighborhood, you can easily get caught up in the wrong crowd; a lot of my friends were getting kicked out of school or locked up. My escape from reality was art. Instead of doing dumb things in the streets, I would just focus on my craft. As soon as I graduated, I opened up a store in the Bay Shore mall, then Smith Haven and Roosevelt Field malls. I did that for a decade. Then Amazon became more present and the mall traffic died. It was a rough time, but I never gave up on my dream. 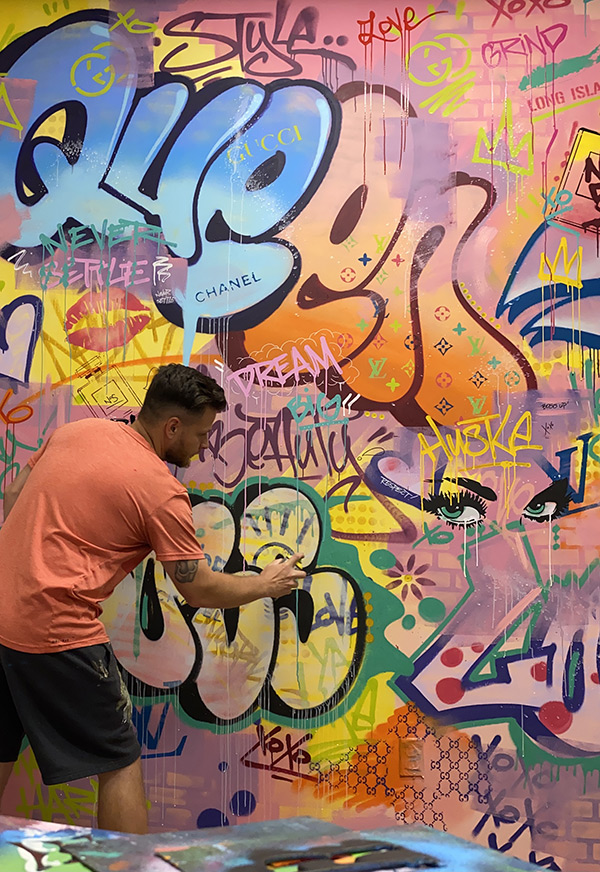 We’re showing the public that it started in the street, but you could take it wherever you have to go.

“I started teaching in the city. I was getting grants from Carnegie Hall and would run art entrepreneur workshops. I fell in love with helping troubled youth who needed direction and reminded me of myself. With my experience from teaching and running a business, I opened up my studio in Holtsville, Graff Lab Studio. After putting a lot of money into it, the pandemic happened. It was terrible. The whole year was just me there doing commission work, a few orders, but I didn’t open it to do that.

“We opened to teach, have an art school and do birthday parties. The internet got cut off, and I’m like, maybe this is not the right time. And then a few mom groups caught on to it, and it started blowing up as the world opened back up. It’s different from any other art studio because we’re teaching street art, graffiti and fashion. There’s a stigma when it comes to that kind of art. We’re showing the public that it started in the street, but you could take it wherever you have to go.”