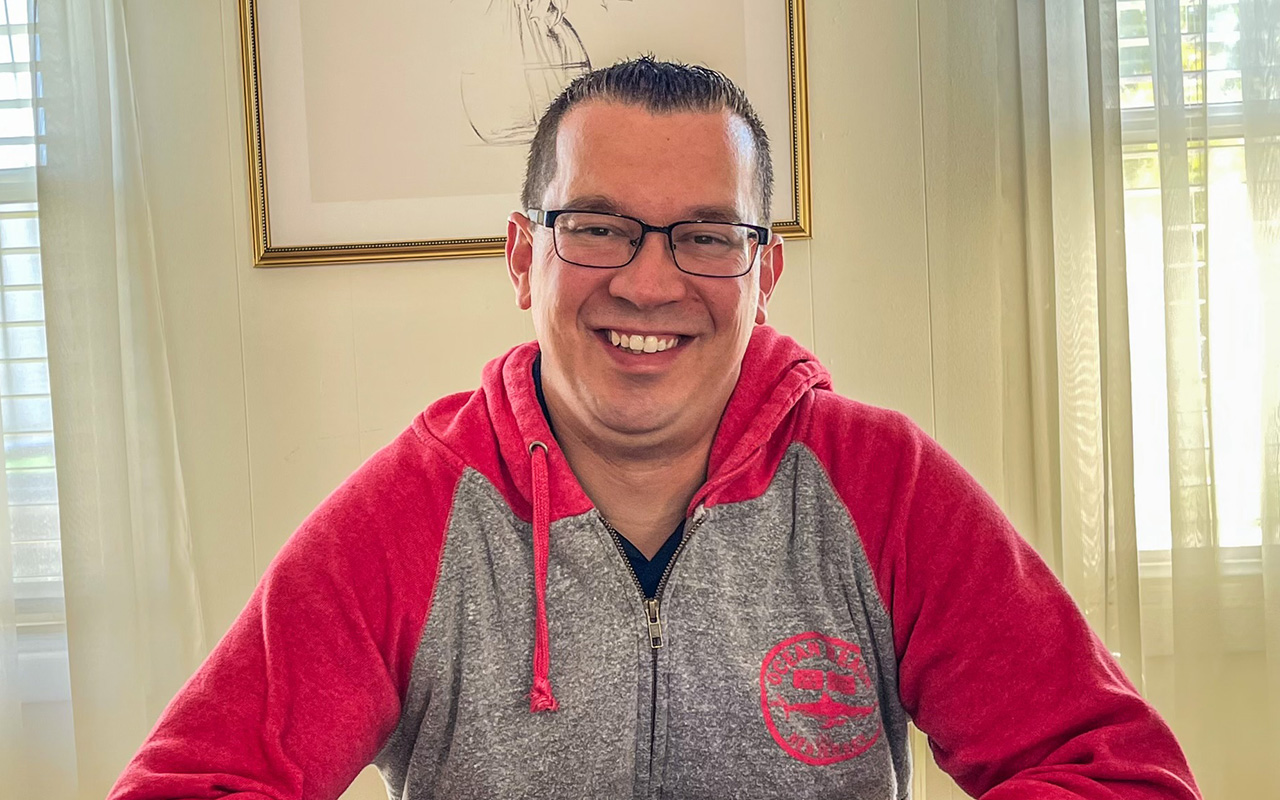 ‘I get to do something that I really love, and I’m so grateful for that opportunity.’

“I have always loved movies and dreamed of making them. I finally got inspired to actually make that dream a reality during COVID. My friend Phil launched his comic book career during the shutdown, and I decided to dive into my passion, too. I wrote a few short comedy scripts and filmed them. I posted them to YouTube under the name of the company that I founded, Kiss It Goodbye Productions. From there, I kept creating. I love horror movies and comedies, so a lot of my work tends to combine those two genres.

“When I write my scripts, a lot of the plots and characters are rooted in my actual life — some more than others. I’ve even gotten film ideas based on my frustration as a Jets fan! You never know when creativity will strike, and that’s one of the really magical things about this line of work. I film a lot of movies at my house and on my block. My wife, parents and neighbors are really supportive. I call my extended community my ‘film family’ because they are so willing to help me with filming and even appear in my movies. My sister-in-law is very vocal about waiting for me to cast her in something! I have found that most people are happy to help out with creative projects.

This year, two of my short horror films were nominated for awards at the New York Long Island Film Festival, which was a dream come true.

“Making movies is playing make believe, just like we did when we were kids, and that’s such a special feeling. There is so much creativity on Long Island; since I’ve started my filmmaking career, I’ve met so many talented actors and writers and musicians. The Actors Studio was essential in helping me make contacts early on; one connection can open so many doors. I’m all about collaborating since artists need each other, and fostering those relationships is so valuable for bringing creativity to life.

“This year, two of my short horror films were nominated for awards at the New York Long Island Film Festival, which was a dream come true. My goal is to keep making movies and larger-scale productions. Right now, I’m hoping to work with Troma Entertainment, which is a famous independent production company. I am happy in my full-time job as a general manager at a restaurant, but I want to see where my filmmaking leads. At the end of the day, I’m very content with my life. I get to do something that I really love, and I’m so grateful for that opportunity.”