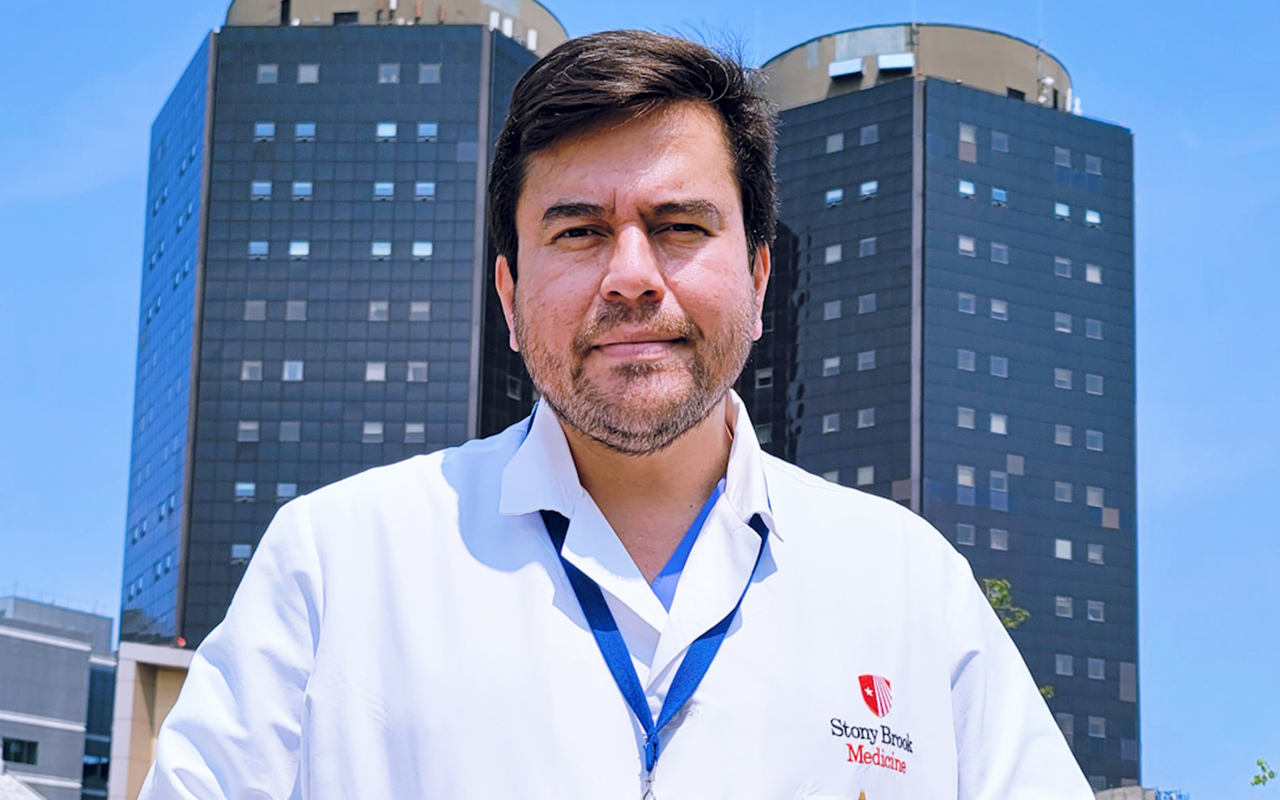 ‘While being born, I almost died. It’s why I became a physician.’

“My mother had to get an emergency C-section after realizing I wasn’t moving in the womb. It turned out my umbilical cord was wrapped around my neck. I only had about a half-hour to survive, so the C-section was done immediately, less than 10 minutes after my mom went through the ER doors.

“While growing up my grandmother said the doctors who saved me had a mission, which then became my mission in life; that I should become a doctor, to serve and cure others. That inspired me.

“I’m originally from Peru, where there’s a great tropical medicine institute. I studied infectious diseases, especially because of cholera, which in Peru impacts a lot of people. When something like that becomes a problem, it’s a challenge to stop or to control it.

“I made my way to Stony Brook University Hospital for its strong research program, which meant opportunities where I could make a difference. Over the past five years, I’ve focused on Lyme Disease, a common vector-borne illness.

I remember one patient who said he was suffering for a year, and we started his treatment all over again with testing, which came back positive for Lyme

“I had never seen Lyme before coming to Stony Brook. There are ticks in Peru, but to learn about tick-borne diseases here on Long Island, I had to start from scratch. One thing I found were patients not thinking they had a tickborne infection, even with the telltale rashes on their skin. One even told me he saw three doctors, but none gave him a Lyme disease test, although he had symptoms and the rashes.

“These kinds of things really hit me because these people are suffering and going several places but not getting answers. I remember one patient who said he was suffering for a year, and we started his treatment all over again with testing, which came back positive for Lyme. After using antibiotics for a while, he completely resolved his symptoms. That was one of those cases that makes you feel like you are helping people as you should be.

“I think the future should be to develop a vaccine for tick bites, as we’ll never be able to eliminate ticks, so right now it’s about finding answers and then finding a vaccine. That would be meaningful and rewarding, which is exactly like what my grandmom wanted. I can’t see myself doing any other job.”