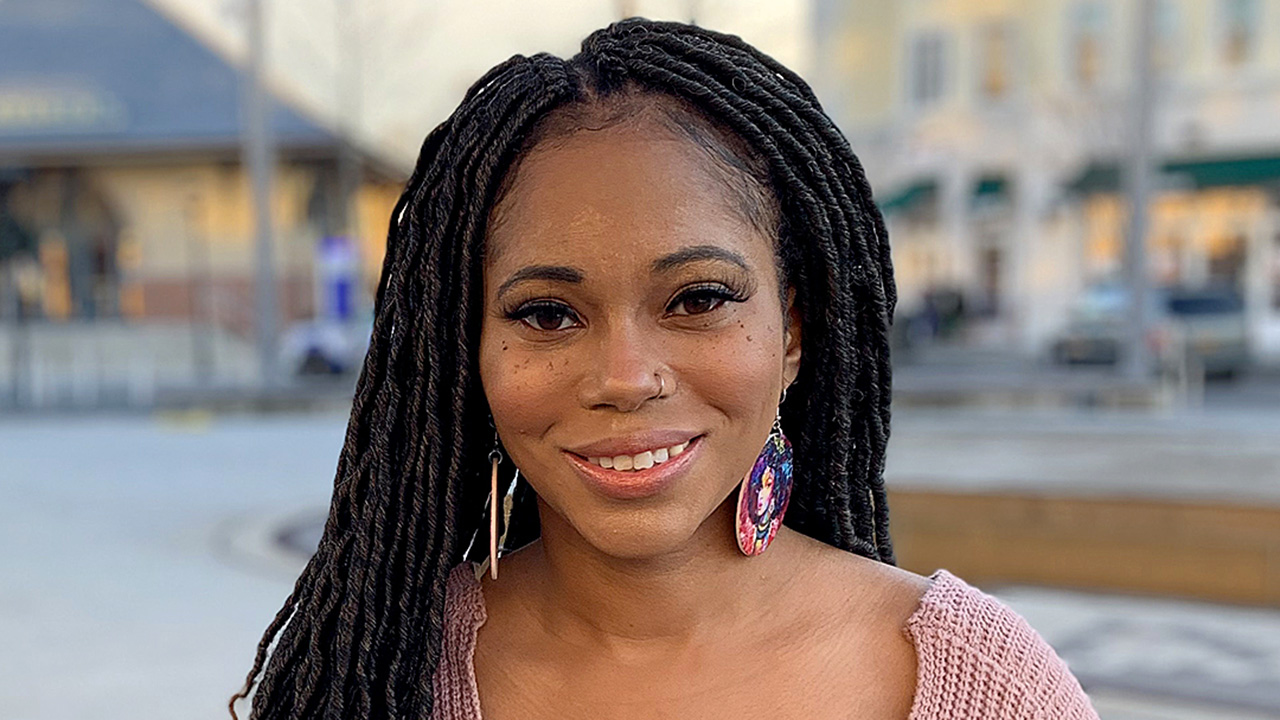 ‘Even as a teenage mom, they always made me feel that no matter what I wanted to do, I could accomplish it.’

“My dad got sick out of nowhere. He started losing a ton of weight. He started to get weak. I found out he had stage 4 lung cancer. Three weeks later, he passed away. It was one month from when I graduated with my master’s in mental health counseling. I was there, I was holding his hand. I was completely distraught. I didn’t want to do anything. I didn’t want to become a counselor. I didn’t want to hear anyone’s stories. I was going through it. I didn’t have the strength to help anyone.

“But I knew I had to do something. I knew I was called to do something. I was already working in the spirits industry, so I stuck with that and moved up in the field to management. During that time, I sent some pictures to an agent. She called me into her office a week later and we talked for an hour.

I knew was creative and my dad was creative. It kept me close. It was a way I could keep that connection of creativity.

“That time of hopelessness with my dad’s death forced me to be creative and think outside the box. I was in the theater program in high school and church. Acting and modeling was a hobby of mine and my dad was the guitar player in a lot of the plays I was in at church. It was the one thing I knew was creative and my dad was creative. It kept me close. It was a way I could keep that connection of creativity. I’ve been featured on some Buzzfeed stations and Doctor Oz as a guest. It’s opened up a different world. I gave a Tedx Talk on generational hostility. My faith says he sees it. I think about that smile he had when he saw me off to the prom. That’s what I imagined him doing if he was in the audience. I always think of him. I just hope that whatever I’ve done so far has made him proud.

“I couldn’t have done it without the strong community support and strong allies and the spirit of my father and my family. I’m a single mom. I had a child when I was 15. But my parents rallied behind me and made sure I had everything I needed to accomplish my goals. I finished high school on time with honors and went to college that fall. Even as a teenage mom, they always made me feel that no matter what I wanted to do, I could accomplish it. And I want to carry that messaging on to my children. You may not be able to pass on money or a house, but if you can pass on hope, people can get all of that.”