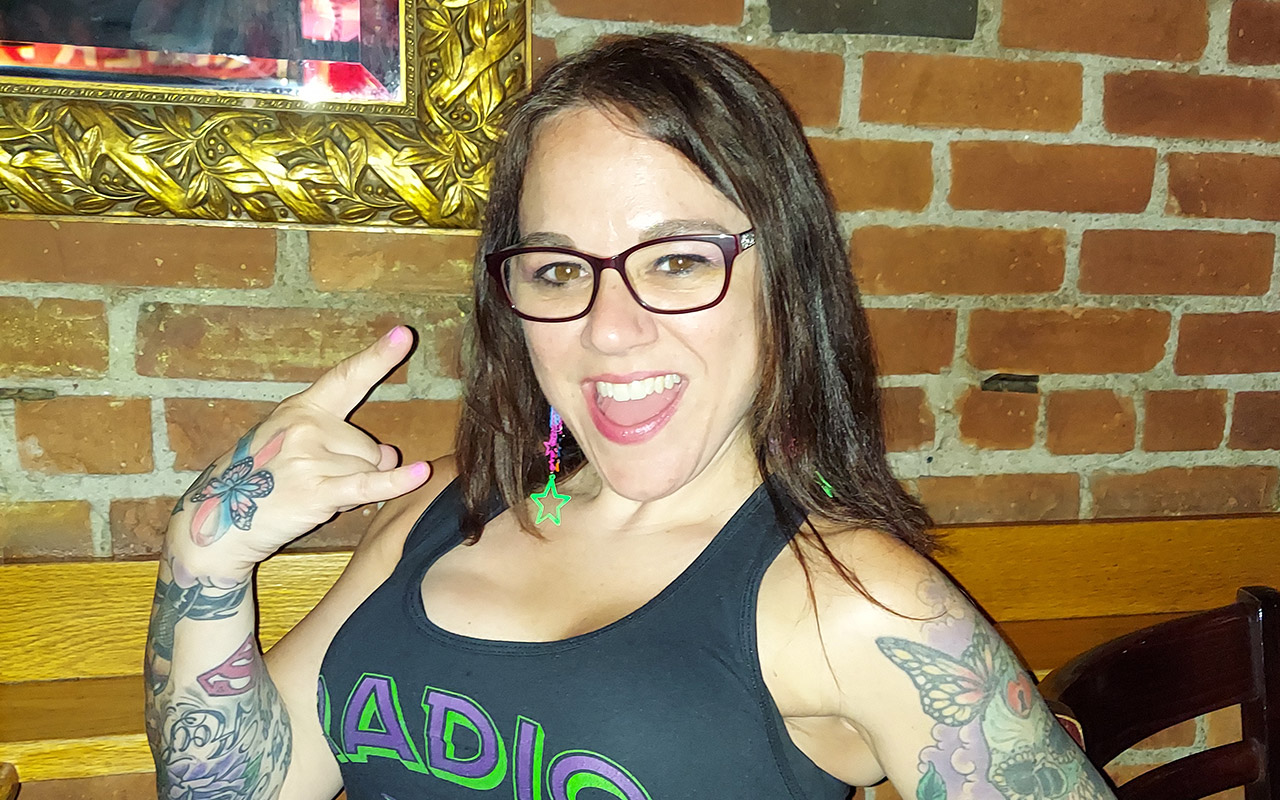 ‘Music has always been a source of therapy for me. It’s one of my happy places.’

“A couple of years ago, a friend of mine asked me if I’d be interested in jamming in an all-female Bon Jovi tribute band, Radio Active. Over time, the band changed, and I’m the last woman standing from the original band. I wasn’t going anywhere.

“My heart is in this. I’m the lead vocalist. I always wanted to be in a band because it’s my passion. We became a full cover band about a year ago, and we love covering songs from female artists like Joan Jett and Pat Benatar.

“Since I was a little kid, I was raised in a household with music always being played on the record players. My mom and dad introduced me to music at a very early age. We would listen to ’50s music and just sing along.

Local restaurants, tattoo shops, music stores, even other musicians, came to the festival to support me during the worst time in my life.

“I was in Catholic school growing up and had to sing along to church music, and I rebelled, which led me to rock and roll. Our first gig as Radio Active Band was on Long Island. Singing up there is such a rush. It’s a happy feeling. We put a lot of work into our covers, so it’s really great when we see people appreciate and enjoy our performances. It takes a lot of practice, and it isn’t easy to get up and perform in front of people.

“I was diagnosed with breast cancer four years ago. I actually went to rehearsal for as long as I possibly could. Music has always been a source of therapy for me. It’s one of my happy places. When I’m singing and performing on stage, all of my stress eases away. The fact that I had my band and bandmates as an outlet really helped me get through what I was dealing with, both physically and mentally. 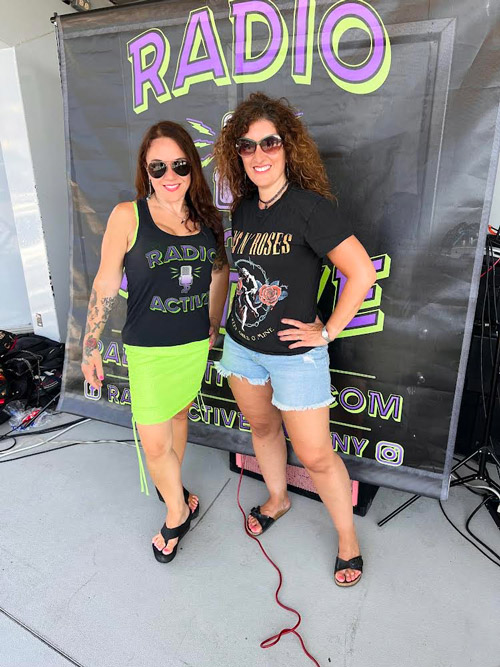 “My bandmates would check on me all the time and bring me things. We moved rehearsal closer to my house so I wouldn’t miss out. I had to have two surgeries and seven months of chemotherapy and radiation.

“A local Long Island bar had a music festival in my honor to raise money for me. It was amazing to see my community members come together. Local restaurants, tattoo shops, music stores, even other musicians, came to the festival to support me during the worst time in my life.”