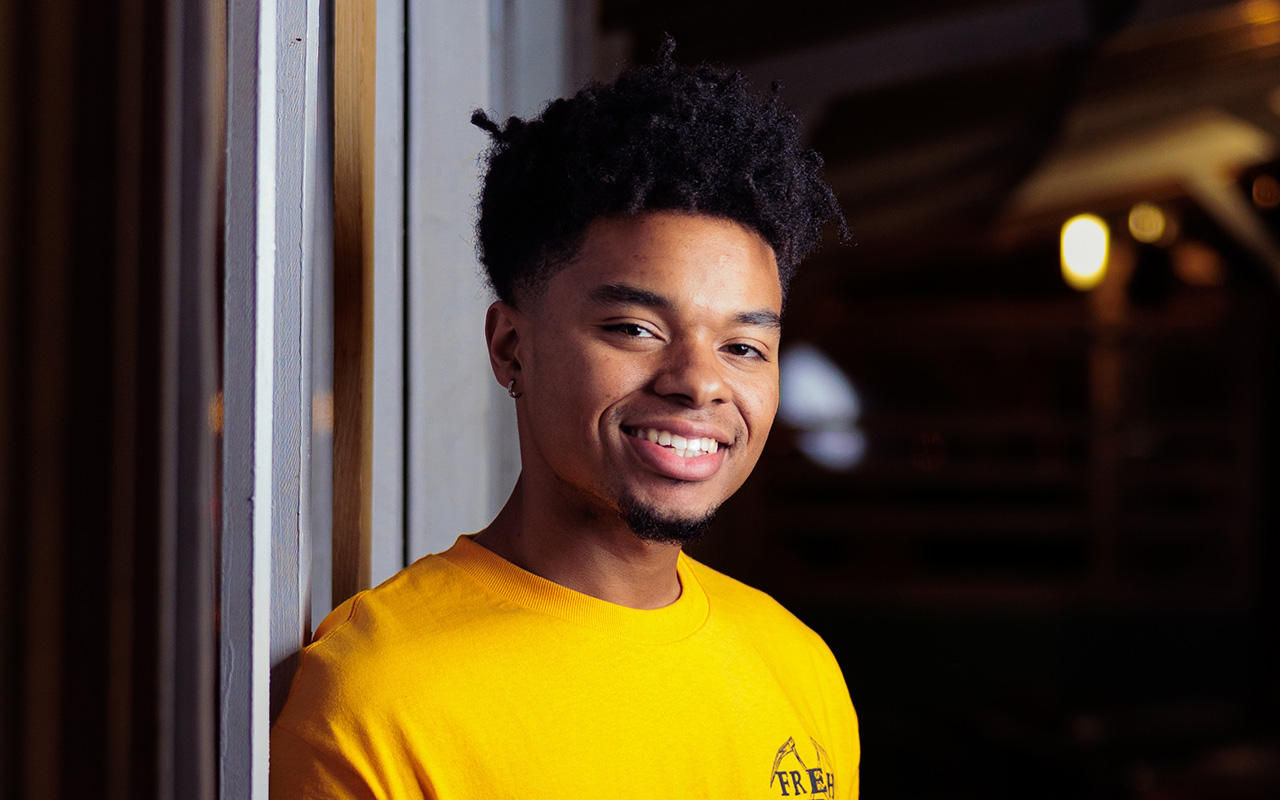 ‘When you’re on the right path, the universe has a way of reminding you of that. A lot of people look for confirmation, or they look for reassurance.’

“When I graduated from Farmingdale High School, I really didn’t know what I wanted to do. I started getting into making Vines, which were these 6-second videos, and I had a couple of friends who would tell funny stories on Snapchat. So I did that as well, and that was the first form of stand-up that I ever did.

“By this point, I realized I had a real attraction to comedy and might as well figure things out. I went to college up at SUNY Oneonta, where I majored in theater. During my freshman year, I was cast in the first play I ever performed. From there, I just felt comfortable. I knew that this was what I really wanted to do.

“When you’re on the right path, the universe has a way of reminding you of that. A lot of people look for confirmation, or they look for reassurance. I didn’t really know where this was going to go, but I went into it, and in college, I had my confirmation.

“There was a comedy club on campus that was just getting started when I got there. It was unrecognized at the time but started to gain recognition the year I joined. We would do sketches, improv, stand-up, and we would host shows for other clubs.

Being young in comedy, a lot of people will dismiss you.

“Later on, I had the chance to open for several comedians that came to the school, including Anthony Chico Bean from “Wild ’n Out” and stand-up comedian-actor Andrew Schulz. At the same time, I was still doing theater. I was cast as the lead in a production of “Romeo and Juliet,” and the following year I was cast as Walter Lee Younger in “A Raisin in the Sun.” That performance got me a nomination to go to the Kennedy Center American College Theater Festival.

“Being young in comedy, a lot of people will dismiss you. When I first started, there were people who didn’t give me any opportunities. It was a challenge, but I’m grateful. I’ve had a couple of comedian friends, who saw me at these shows that I would do with Long Island producers, offer to pick me up.

“Right now, I am just focused on exposure and showing people what I can do. I’m getting a little bit of a jolt because I recently connected with Yannis Pappas, who is an older, more established comic, and he put me on his podcast, and now we’re starting to create together.”