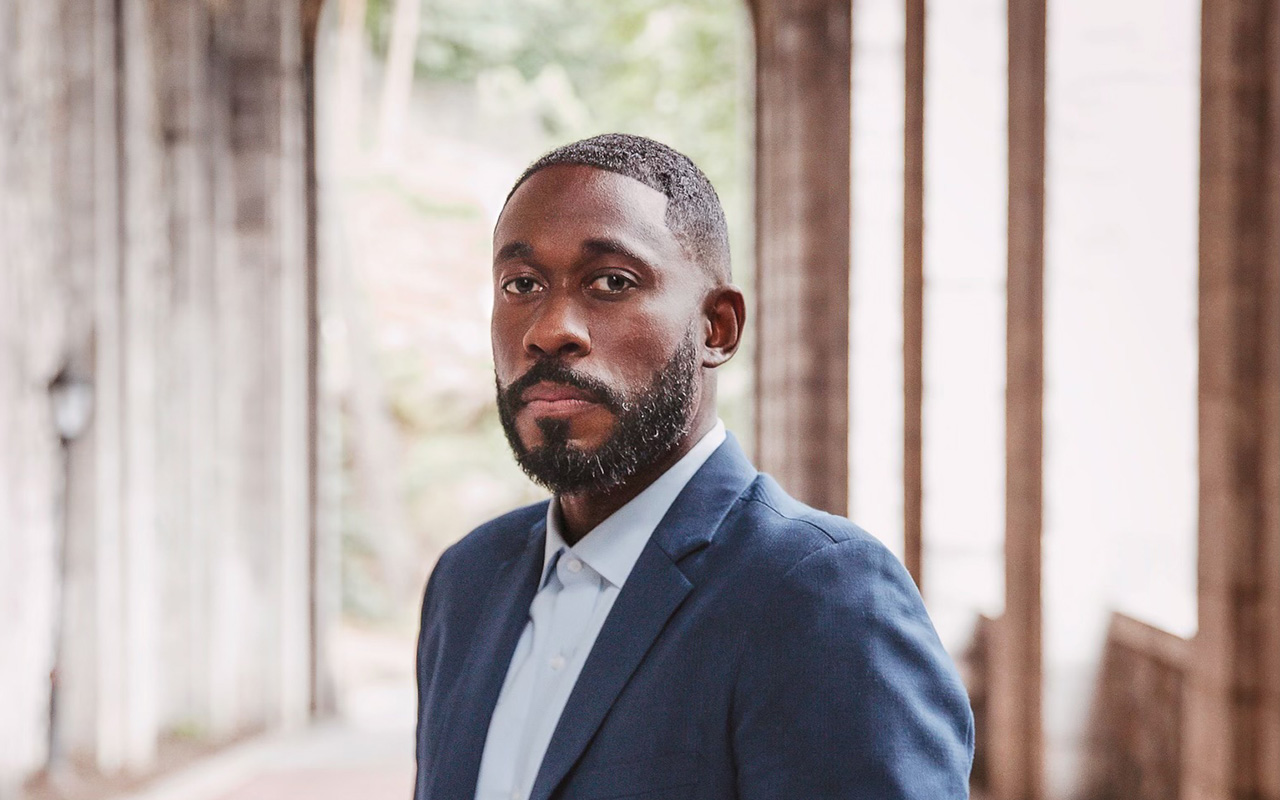 ‘The law is very challenging, but I’m enjoying it.’

“I went to St. John the Baptist High School and went to college on a soccer scholarship at the University of Bridgeport, Connecticut. I went on to play professional soccer for a couple of years. I signed a few contracts abroad. I played in Poland, Germany and Singapore. I did that for about four years.

“I picked up an injury when I was about 24. It was a slight hip fracture, and for some reason, I was having issues with rehab. Even the slightest tear can be very serious in terms of the impact it can have.

“My recovery was a problem, and I was at the end of my visa. I signed a one-year contract to play in Singapore in 2012, and my team finished in last place. I had a good season personally, but the club wasn’t doing well. The coach got fired, and they made a bunch of changes.

“I signed with a new agent and went to Israel to train with Maccabi Netanya F.C., but I carried that injury from Singapore with me. My balance was off. I kept having pain. The sports mentality is to push through it, but when I got there, I couldn’t perform.

“I was supposed to play some exhibition matches with the team, but they chose not to sign me. I had seen a doctor in Israel, but they couldn’t see much on the X-ray. I wound up getting another opportunity to train in Paris just before Christmas.

“That was when I made the decision to go back home. I missed my family and decided to get out of my contract against the advice of my agent. It wasn’t until I got back and got an MRI that the fracture surfaced.

“I did rehab for four months, but it wasn’t getting better. They gave me clearance, and I went back, but it wasn’t the same. I traveled to Poland to do some trials with a club. I didn’t get signed. I was disappointed, but had several trials lined up.

“I was on my way to the next club when my cousin told me he was getting married, and he asked me to be the best man. I decided to go back home and be there for him. At that point, I was kind of over it. I was burnt out.”

I was concerned when I left the DA’s office. My fiancée was pregnant at the time, and I had a lot of responsibility.

“I took the LSATs in 2010 when I was a senior. I didn’t take it very seriously at the time, but when I came home from Europe, the job market wasn’t exactly thriving after the recession.

“I got accepted to a majority of the law schools I applied to, and I chose Southern University Law Center in Baton Rouge. It’s one of the six historically black law schools that exist in the United States. It has a rich history.

“I was at the top of my class. I won a National Law Review award for an article I published and went on to intern with Kenneth Montgomery, who is a very well-known criminal defense attorney in New York and across the country.

“I got a job offer from the Bronx district attorney’s office before my last semester of law school and started there in October 2017. I worked there for three years as an assistant district attorney in the trial bureau, and then after that, I worked in the narcotics, gangs and investigations bureau.

“I was concerned when I left the DA’s office. My fiancée was pregnant at the time, and I had a lot of responsibility. I was hired by a private firm in New Jersey, which handles criminal defense and immigration cases, when COVID hit.

“I was the least senior associate and was let go as a result. I lost what I thought was a really good opportunity at the time. It was a big boost financially. I was starting my family, and losing this job was a big hit.

“COVID gave me a lot of time to start planning. There was so much uncertainty that I used it to think critically about what I wanted to do. It was kind of like a trial by fire for me because I had always wanted to open my own practice.

“In April 2020, I opened my own firm. Because of everything that was going on with George Floyd, we pledged to represent some protesters free of charge. There were a lot of folks that were wrongfully arrested, just being out past curfew. We had folks that were mistakenly identified as individuals in stores. We took those cases on pro bono.