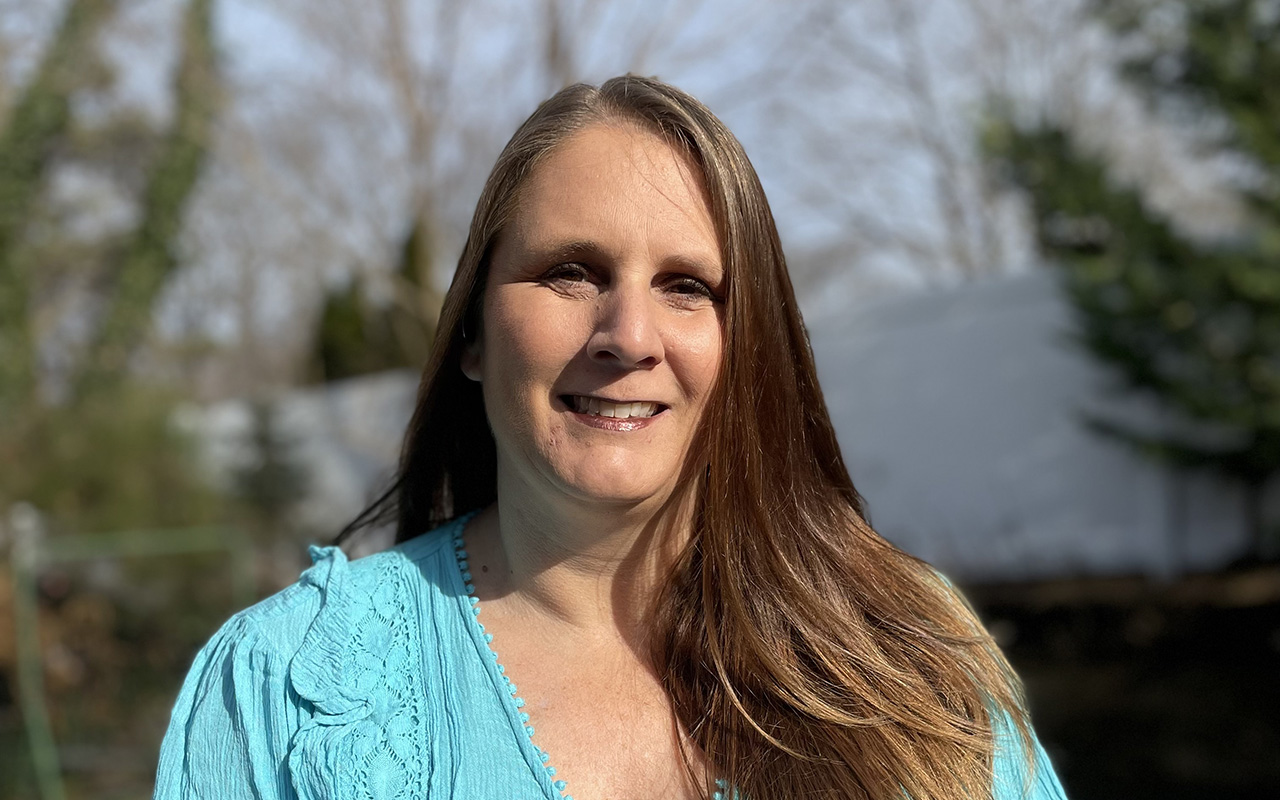 ‘I was really frustrated, lonely and trying to find a support group. I thought, “There’s got to be people out there like me. I can’t be the only one.”’

“My husband was in the NYPD during 9/11 and spent three months after it down on the pile digging. He was a healthy guy that worked out seven days a week. He retired in 2009, and by 2013, all the health issues started. He had gotten an aggressive jaw tumor. That was a huge operation where they had to remove his entire lower jaw and reconstruct it. It was intense. In addition to the cancer, he has a list of other health issues: heart failure, lung issues and neurological issues. They diagnosed him with Parkinson’s, but they don’t know if that’s an accurate diagnosis, and they might never know.

“Over the years, it was very difficult for me and the kids to deal with a dad who was no longer the dad they knew. He changed tremendously. When he first retired, the kids were little, and he would take them to the movies and aquarium, but slowly, the PTSD and depression set in. They’ve truly only known their dad as being sick and not working.

“In 2015, I thought we should move to Texas since I had family there. It was the biggest disaster move we ever made. He wasn’t a fan of going to begin with, but he did it for us, for his family. When we got there, he was absolutely miserable. The PTSD kicked in. Thinking that you can change somebody’s environment and make them feel better doesn’t work. I learned that the hard way. Things got really bad, and we ended up moving back to New York within the year.

“When I came back, I was really frustrated, lonely and trying to find a support group. I thought, ‘There’s got to be people out there like me. I can’t be the only one.’ I started a Facebook group called Wives of 9/11 Survivors in February 2016. As soon as I created the group, I was getting requests from other women to join. The way it grew was shocking to me and made me realize how much it was needed. There’s 185 women in the group now. Surprisingly, one of the very first women who joined the group had a husband that had the same surgery my husband had. I never thought I’d meet someone who went through the exact same thing I went through. There was another woman who has become a second mother to me. When I met her, we became close very quickly. I tell her everything.

There are things I never told my best friend or my parents, yet I’ll tell someone in the group who maybe I never even met. This group saved my life.

“A lot of women started joining and saying, ‘Where has this group been?’ Nobody understands what it’s like unless they live it. Walking into the recovery room and seeing your husband on a ventilator, with a feeding tube, getting a tracheotomy, you aren’t prepared for that. No one understands. No one knows we’re out here struggling. We are trying to raise kids who were affected by their parents’ physical and mental health. It really does take a toll on the entire family. I call it the trickle-down effect because even though my kids weren’t born when 9/11 happened, it’s affected their entire life. It’s very difficult to navigate. I want to say there are good days and bad days, but most days, it’s a really dark hole that a lot of them are in – not just my husband.

“In the group, it’s not just firemen and police officers, but we have women whose husbands were sanitation, EMS, Verizon workers. It’s not just the guys who were there that day and digging, but also the guys who came after that had to rebuild by putting up phone lines, plumbing, all different unions. It’s not an easy life. People don’t really understand. The focus has always been on the person who’s sick. How are they doing? What’s going on with them? Nobody realizes that we, the wives, have to handle life as well. My goal has always been to find other women out there who are alone because they don’t know about the group. It’s just like any other support group. We all get each other. We all understand there is a darkness that we don’t talk about with anybody else. There are things I never told my best friend or my parents, yet I’ll tell someone in the group who maybe I never even met. 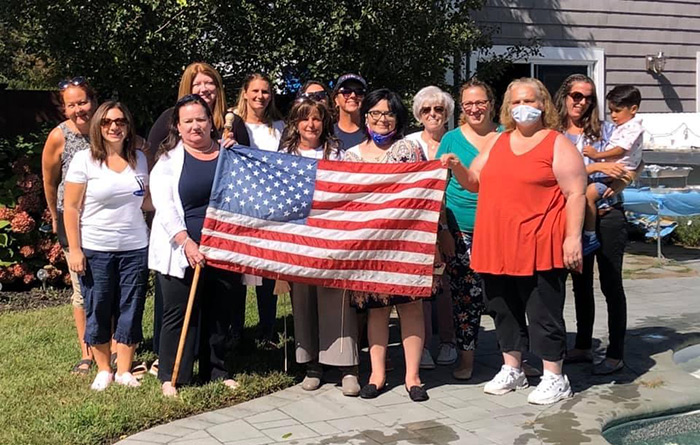 “This group saved my life. I was able to connect these women who were extremely lonely and depressed and felt hopeless. I gave them a place to feel safe, to share their feelings. There are people who just come to this group to feel like everything’s going to be OK. We all support each other no matter where we are in this journey. We do try to get together once a year. We haven’t been able to get together recently because of COVID, but we hope to get together soon. We’re always open and welcoming more to join.”

After injury, pro soccer player from Amityville moves on to a career in the law
North Babylon football coach discusses passion for game, his players