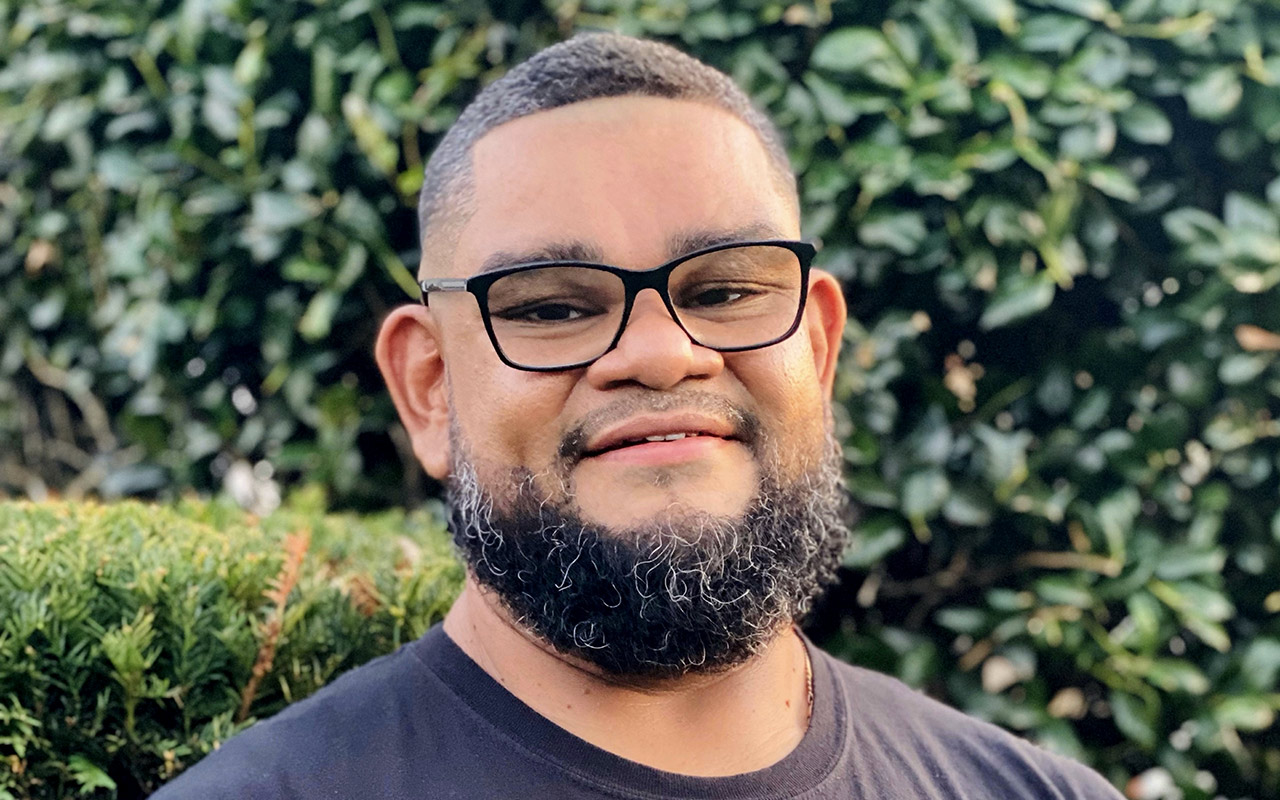 ‘I try to teach these kids the life lessons that football has to offer, and it’s tremendous being able to watch them grow up.’

“I always knew I wanted to be a father. And the two things I’m really good at in life are being a father and being a football coach. There’s no other game like football. Every player has a role. You learn so much: confidence, team-building skills, being able to see things before they happen. It’s an offensive and defensive game, so you need to work together to move forward. It’s something else!

“Once I got married and had my first son and he started going to school, he saw my passion for football. As a baby, he used to watch me play, not that he remembers. So, we started doing drills in the backyard, and once he was eligible to sign up, I asked him, ‘Do you want to play football? You don’t have to, but if you want to play, I would like to coach.’ And that’s when I was able to start giving back to the youth and the community.

Most adults forget, but I’ll never forget what it’s like to be a kid. To me, the kids are the most important part of this world. They are my heroes.

“We began with maybe 13 kids. Some quit in two weeks, and I started recruiting. It’s been about seven years now, and I’m still learning as a coach. I try to teach these kids the life lessons that football has to offer, and it’s tremendous being able to watch them grow up from when they’re 5, and now they’re 12 going on 13 and being looked at by other football teams. They’re talking about colleges and stuff. It’s cool, but I tell them just take it one day at a time. Keep going to practice, doing your homework and reading books. Things will happen later on.

“No matter where I am, I could see one of these kids from 400 feet away, and they’ll see me and come running up to me. It definitely makes me feel good and makes me feel like I’m doing something right. They’re not just football players, they become a family. They genuinely love each other because they spend so much time together. These kids are at practice five days a week, and then they have a game day. That’s six days a week that they’re together. And then when they’re not at football practice, they’re out there riding their bikes together.

“There’s no other sport that provides the intimacy that football does. Most adults forget, but I’ll never forget what it’s like to be a kid. To me, the kids are the most important part of this world. They are my heroes.”