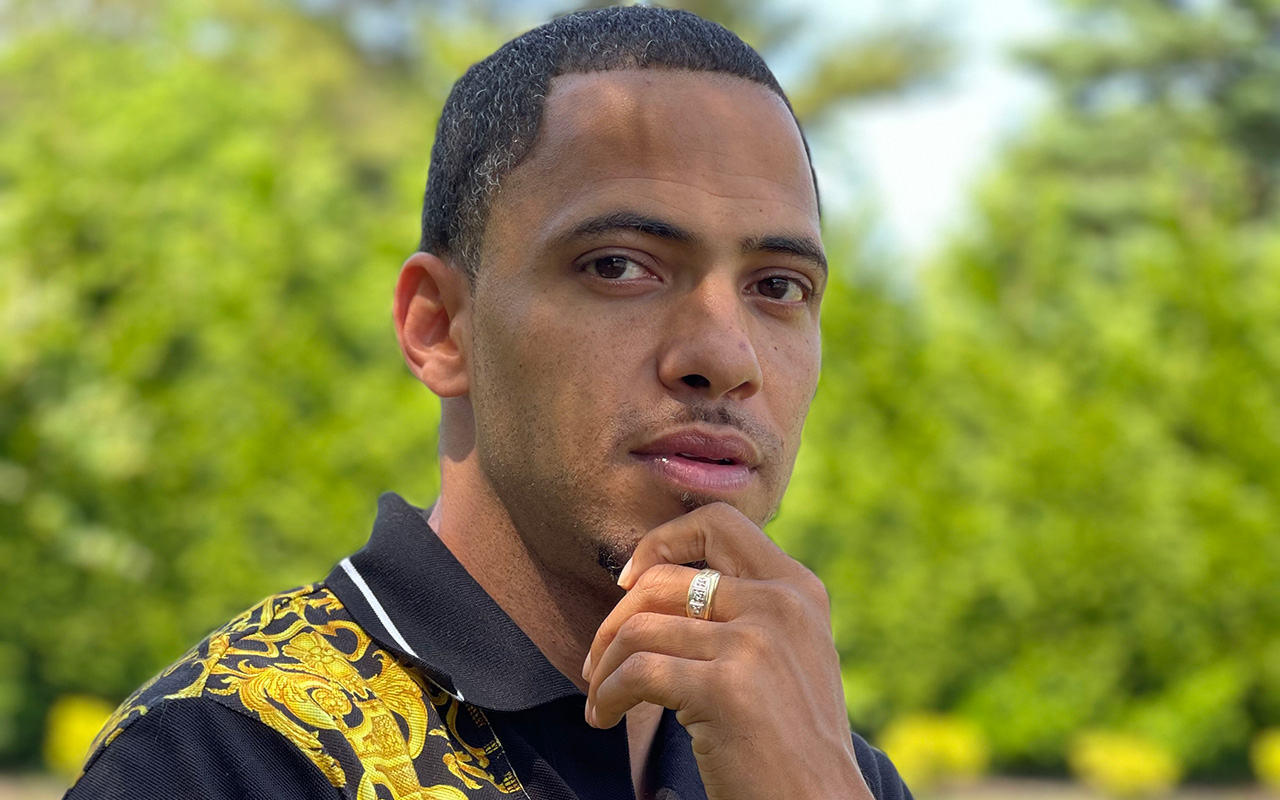 ‘My grandmother and I were really close. I took care of her. She was my best friend.’

“So my father was actually a photographer, but it was something he did on the side. He had a regular job at Cornell University, but he had a darkroom where you developed photographs. I learned it in high school. I wasn’t really into it then. I was young. I didn’t really even know what the heck he was doing.

“My grandmother and I were really close. That was his mother. I took care of her. She was my best friend. I moved to Virginia, but she lived in New York. So, when she fell, I went and got her and brought her down to live with me. She lived with me for 367 days. I used to tell her when I was 14, ‘When you get too old to take care of yourself, I will take care of you.’ I would even pray at night and ask her to live to be a hundred years old. I just wanted her to live to be old enough so that my son knows who she is.

“My son is now 19, and if you talk about his great grandmother, he’ll get upset the same way I do. So, I am glad that they were able to form that relationship. Part of the reason was that I could take care of her. She was on hospice. She passed at my house.

“She was really into my art. And I was a writer at the time. I did more spoken word poetry and stuff like that. I also opened for a TEDx event in College Park, Maryland. My grandmother was always my biggest support.

“My father passed away in 2010. We were super close, me and my dad, but he didn’t have the opportunity to see me do much. I was a college student at the time, so I hadn’t done anything yet in my life for real.

“My grandmother loved all the stuff I wrote. She kept everything I wrote for her. I found it after she passed. I kept it and I still have things I’ve written for her.

“When I decided to make my company, Life’s Interpretation, it was the interpretation of things that happened in my life that other people experienced as well, like the death of your grandmother or teaching your son how to ride a bike. So, I said I want to form an organization or company that gives back to kids. I felt like my grandmother was my biggest supporter, so I wanted to support kids in that same way, help kids who didn’t feel like they had people with support.

The goal is eventually for me not to have to even pick up a camera.

“My mother wasn’t really into the art. I remember one time, she said, ‘I’ll believe it when you get a check from it.’ So, when I got a check from it, I called her and I was like, look, I got the check from it.’ It wasn’t that she wasn’t supportive. But seeing was believing for her. She passed last year.

“It was 2010 when I formed Life’s Interpretation, but it really didn’t take off until 2015. It was a music and film class. One of my friends was a DJ and he did the music piece while I did the film. We wanted to give kids an outlet, someplace where they felt supported. We had kids 12, 16, 19 years old. Some kids, I still keep in contact with them. They still ask for my help at like 25. So, we still have the relationship with those kids, and we supported the music, film, and we taught them how to be entrepreneurs.

“Kids say, ‘They taught us music, film, and how to just be better artists and better people.’ And that all comes from my grandmother. She wanted to be able to give back to the youth and other things just came from it.

“I want to give kids the outlet to be able to learn how to do all that stuff themselves, like creating your logo, your own YouTube page, uploading your video, creating flyers and graphic-design media, and now that’s even turned into special effects and 3D art. I have one student who knows how to do it. He’s in middle school now, but he learned it when he was in elementary school. It’s crazy. He has been in my film class three times, but he didn’t really like film per se.

“I see Life’s Interpretation expanding into a school or academy. My girlfriend and I are looking at a studio space, almost like a warehouse, and we want to set it up as a place where people can come in and film. We also want to hold workshops and classes for students. She’s an entertainment attorney, so she can even teach the law aspect of the industry. It won’t just be you coming in and filming. The goal is eventually for me not to have to even pick up a camera. Like a director does, you make sure everything is up and running the way it should. Hopefully, it’ll get to that level, but for now, I’m OK with being hands-on.”