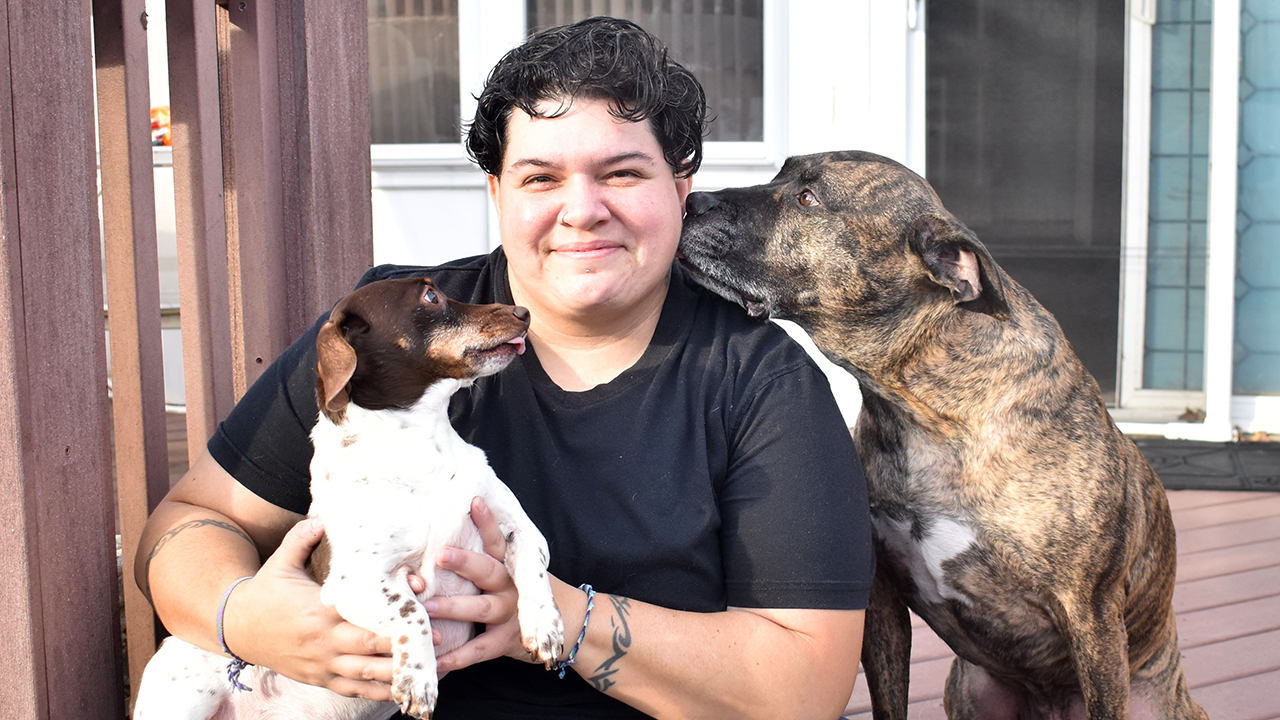 ‘Working with dogs has taught me to calm down, be present, and live in the moment.’

“My ex and I had a dachshund and we inadvertently created a monster out of her. She constantly had to be near me. We thought it was adorable, but we created a lot of separation anxiety in her. She wasn’t able to healthily cope on her own so I wanted to fix the problem. That was why I started researching and taking classes, which eventually led to training. I tried every tool imaginable on her. Fast forward to two years later and my new puppy, Dylan, was scared of everything. He didn’t want anybody to come up to him. Like most people, I thought, ‘I just want a dog to love.’ But when you think about how most people love an animal- giving food, treats, affection…none of that worked with Dylan. He wanted his space. It was a real wake up call for me.

“When dealing with a fearful dog you can do more harm than good. I started out doing the typical positive-only training. It evolved from there because I realized that doesn’t always work. Loving any animal is broken down into relationships. People need to establish leadership with the dog, building trust, respecting the dog’s space, having them respect their space, having clear consistent rules, boundaries, and routines. I focus on the relationship portion of training. I owe that to Dylan because twelve years later, my little old man has come out of his shell and he will go up to people wagging his tail. He is good friends with Odee, my Hurricane Sandy rescue. I am a better trainer because of Dylan. I’m proud of where he is now. Since my training journey began I have spent a week working with Cesar Millan on his ranch. He taught me not to force relationships with dogs. Just as there’s a hierarchy in our world, there’s a hierarchy in their world too. Very often we don’t respect their space; then we expect them to listen to us and respect ours.

“Working with dogs has taught me to calm down, be present, and live in the moment. That helps give them the leadership they need from me. It has taught me to be more confident. People follow unstable leaders; dogs don’t. Dogs take work. It’s our world and we brought them into it, so we have to teach them how to navigate that.”