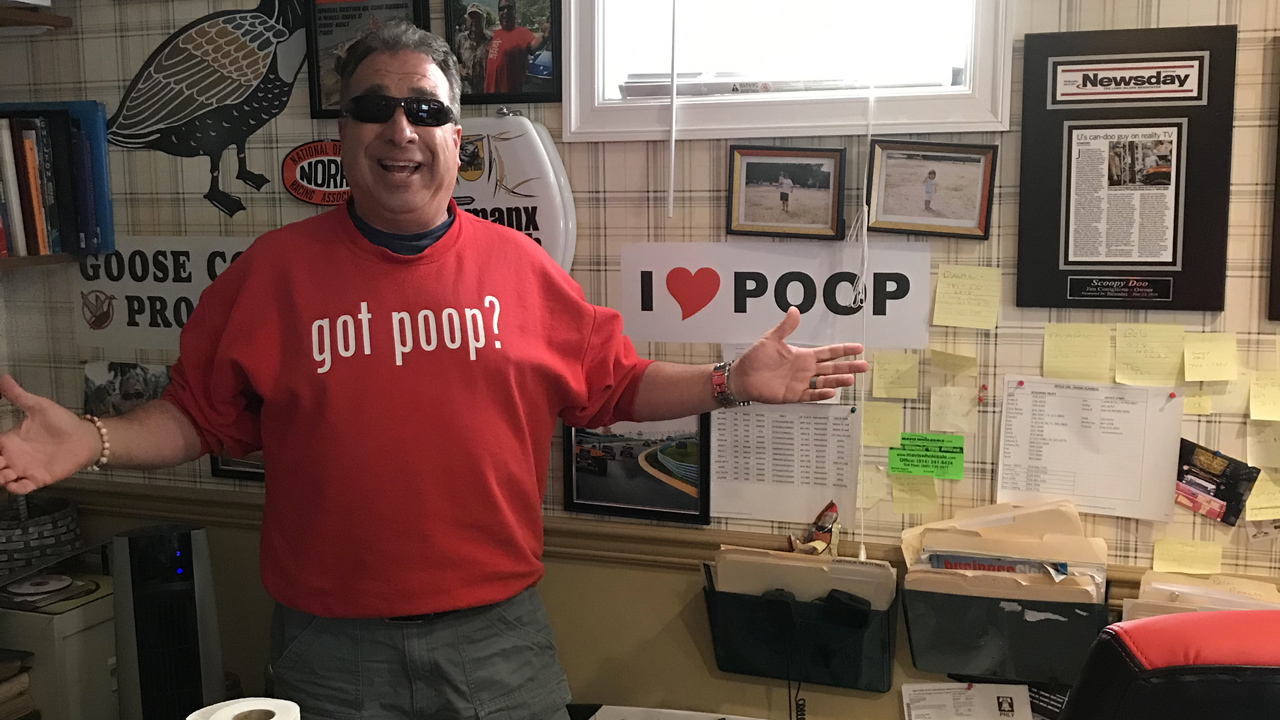 ‘No matter what the economy does, dogs never stop pooping.’

“I had a tire shop in Glen Cove and I was looking to do something else. I was getting bored. I was at my friend’s house and his wife came outside with antipasti and stepped in a big pile of dog poo and started gagging. I thought there might be something here.

“I started researching and bouncing ideas off people at the tire shop. Half of them said there’s no way anybody is going to pay you to pick up dog poop. The other said if there’s anybody that’s going to make money with dog poop, it’s you. And 20 years later, here we are.

“We have business opportunities across the U.S. and in the UK. I’ve been sought after for reality shows from three different networks. We wrote a screenplay and sat down with Adam Sandler. They loved the concept, but the timing was off. I was in his movie, “The Week Of.” I played a fat Italian at a Jewish wedding. With this business, you have to have a great sense of humor. You have to embrace it.

“The first week we decided to form the business, I had 10 customers. It’s like anything, if you follow through and do what you say, you’re going to succeed. Hard work pays off. No matter what the economy does, dogs never stop pooping. Which dog poops the most; you have any idea? It’s the Boxer. You can’t even imagine.

“We’ve been in rooms with brain surgeons, big celebrities. They’ll be talking to me and I’ll be like, ‘I’m the king of poop,’ and they go crazy. They don’t care about the brain surgeon anymore. I’d love to do more reality TV. I saw a Facebook post: ‘Do you have a cool car and unique story?’ So I said, ‘I have an orange dune buggy and I’m the king of poop.’

“The phone rang the next day! Next thing you know, they’re flying me to California. It was for a show called “Sticker Shock.” I met so many cool people. Animal Planet approached me, A&E, History Channel, but reality TV started going the other way because of COVID. Timing is everything. Sooner or later, one of the networks is going to pull the trigger. King of Poop TV is my YouTube channel. We have three videos called Dung Dynasty. You’re gonna go nuts. I have another channel called Jimbo’s Raccoons. I got 50 raccoons in my backyard. I can’t get a dog. They’ll go crazy. I got two cats.”