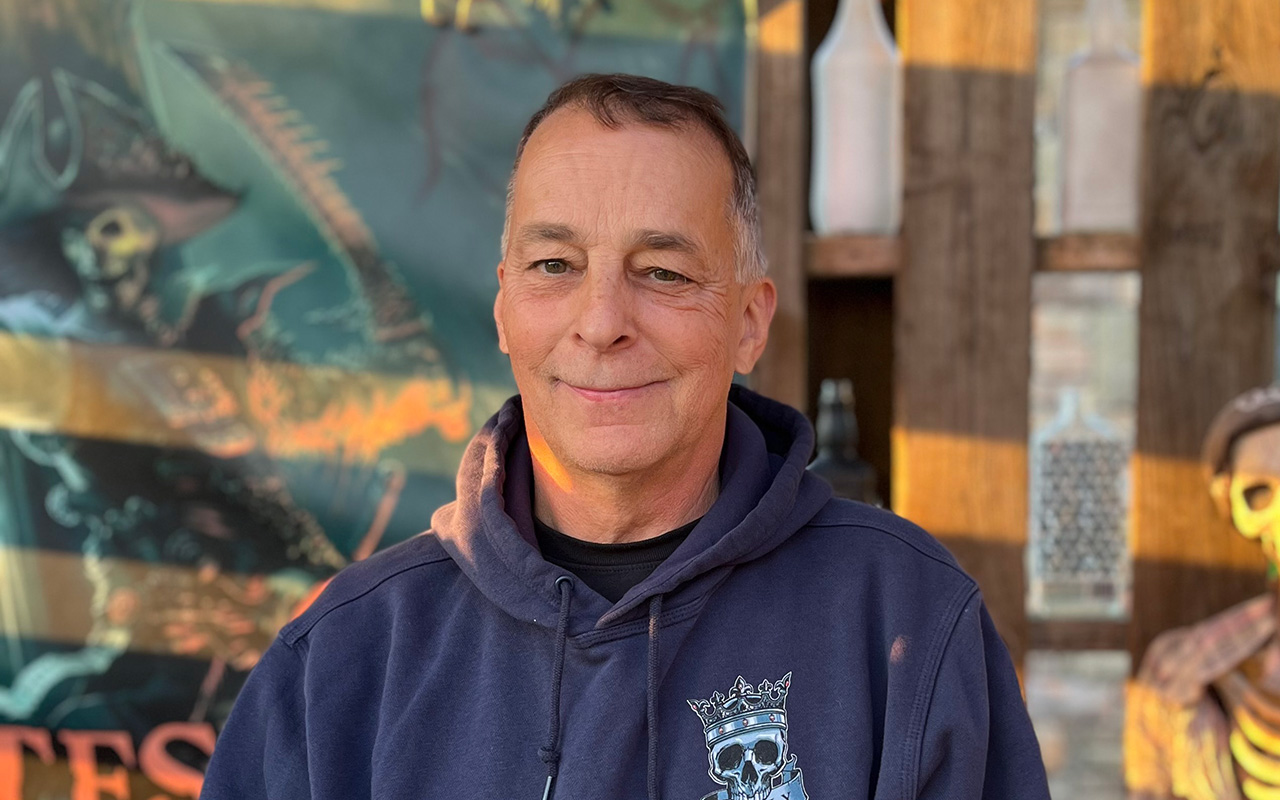 ‘People think I’m nuts, but after the Super Bowl, I’ll start thinking about what I’m doing for Halloween.’

“This started because we used to decorate and dress up for Halloween at a campground for a competition. One woman said, ‘You’re not going to win.’ I went up there and I didn’t win, and I was so annoyed.

“So I found talking skeletons online, and we went back up there and dressed up as a dead wedding party. My whole family and my kids went there from 6 years old and up.

I do this to raise money for cancer.

“We kept going back and winning every year. I first made a few skeletons when we saw ‘The Pirates of the Caribbean’ movie. The captain was first, and I had no ships yet. Then I kept adding stuff. 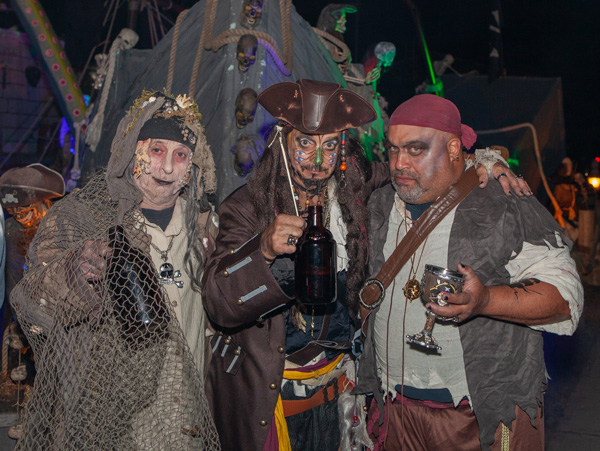 “People think I’m nuts, but after Super Bowl, I’ll start thinking about what I’m doing for Halloween. It’s all computerized. There’s two computers downstairs doing it. It’s insane. Each one of their heads has four RC Servos [robotic devices], which makes them move. I built my own mounts to make their heads nod and tilt and the jaw move. I sit there with a joystick and program each song. That’s in March, April and May. One song took me 40 hours. You get bonkers listening to the same song over and over again.

“The front of the ship I’ve had for 18 years. Four years ago, we made the back of the ship. We bought some PVC pipe and just started building. Everything is hand built. We start setting up the last week in August and finish in October. 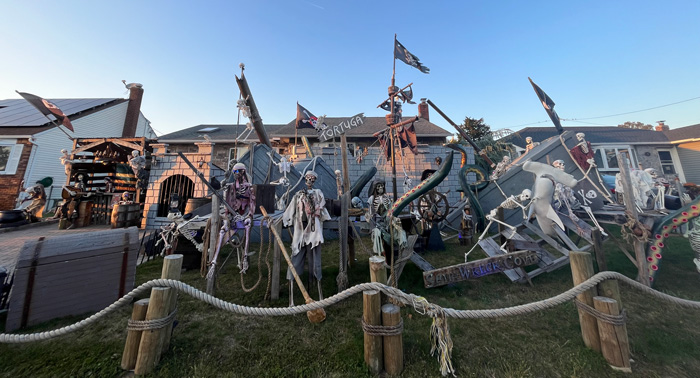 “The skeletons are all my family, but my favorites are probably the two in the jail cell – Boris and Wilfred. Those are my first corpse skeleton that I made. Wilfred is very crude and shaky, but he works. I built the jail cell after them, and then I built a wall to hide my house.

“This is all for the tiny kids. One little girl has been coming here for 5 or 6 years. She sends pictures, even gave me a little bracelet. When you have 600 people in front of your house, it’s a lot of fun. We all dress up – I’m Captain Jack. 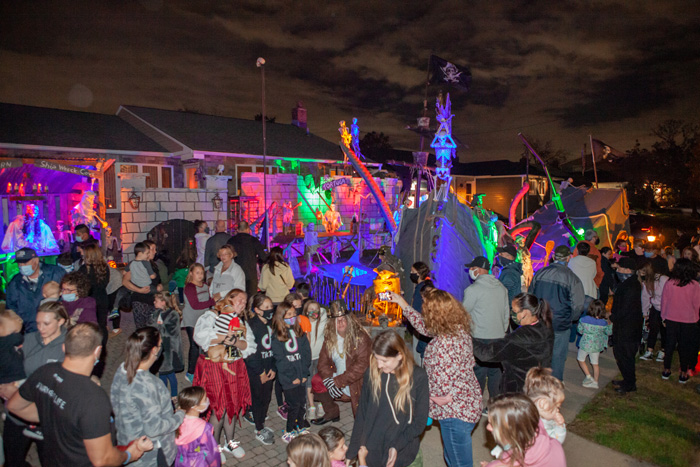