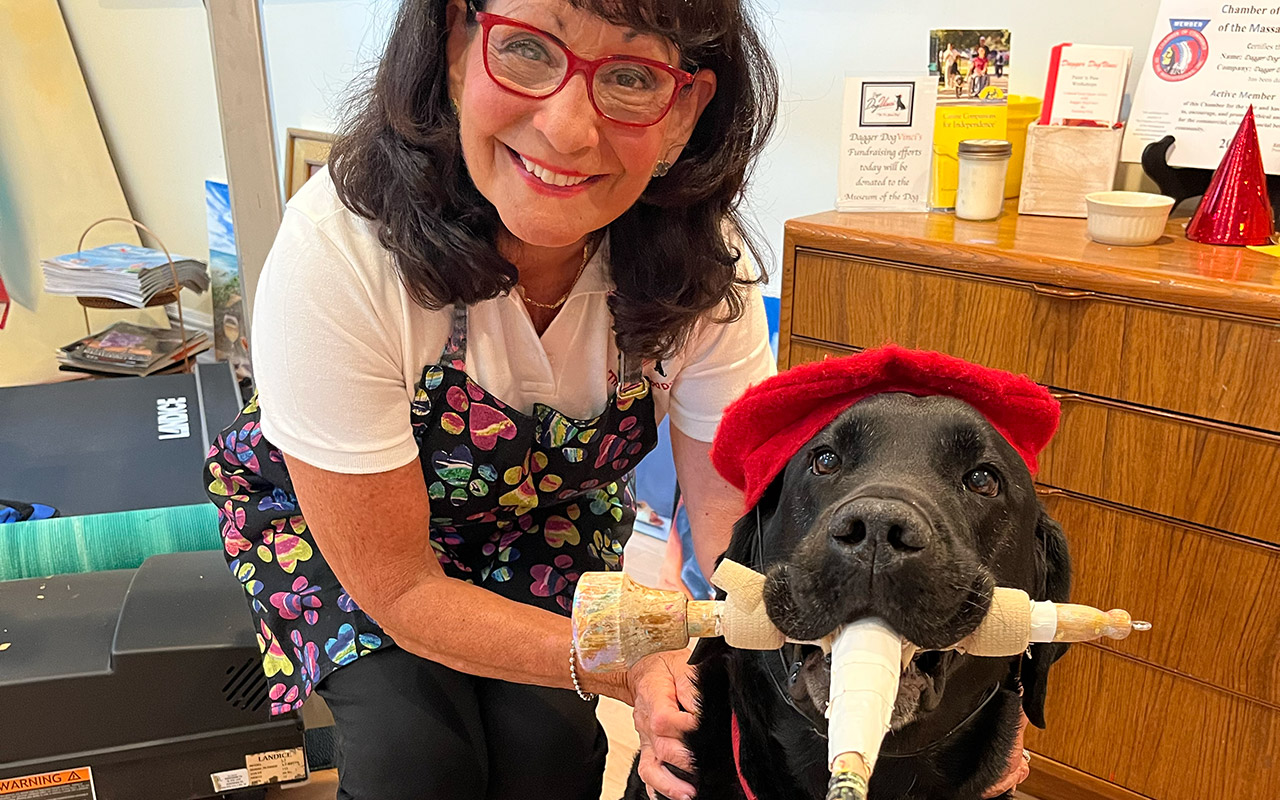 ‘I always wanted to do good in the community at large, and through Dagger, I’m able to do that.’

“As an artist, I was working in my studio one day. My dog, Dagger, came over and nudged me with his snout. I jokingly said to him, ‘Would you like to paint like Mommy?’ His tail started to wag, and I went with the joke. I took all the command words that he had learned in advanced training, incorporated them, and taught him how to paint. He has been painting since 2015 in the ‘DogVinci’ style of painting, which is true, pure abstract art. 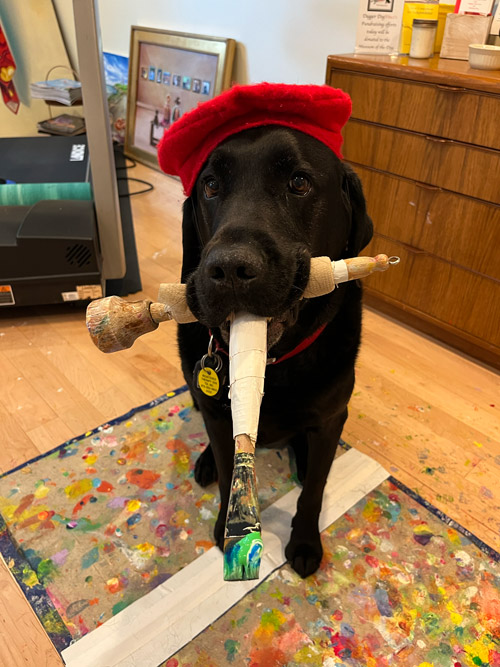 “It has evolved so greatly. We have been featured on the ‘Rachael Ray Show,’ ‘Inside Edition’ and Animal Planet’s ‘Cute as Fluff.’ But the greatest was when a producer from PBS contacted us and wanted to do a whole show about Dagger. It’s called ‘Shelter Me: The Art of Kindness.

The greatest part about Dagger is that all the money, proceeds and paintings go to charity.

“Dagger won the [Bethpage Federal Credit Union] Best of Long Island Artist/Painter over people four years in a row, was the only non-human that’s won Channel 7’s ‘Hidden Heroes’ and has been inducted into the Animal Heroes Hall of Fame. 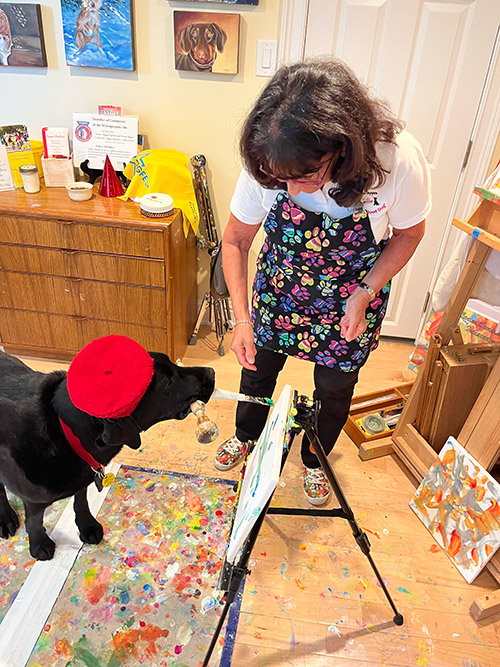 “He’s been in several books. One of them was written by award-winning Australian author, Laura Greaves. She wrote a whole chapter about Dagger in her book called ‘Amazing Dogs with Amazing Jobs.’

“Recently, he was in a book called ‘Adventure Dogs’ by Fern and Lauren Watt. Dagger was also included in the University of Oxford’s 2022 student workbook. It’s for students learning English as a second language, so they use these books all over the world. 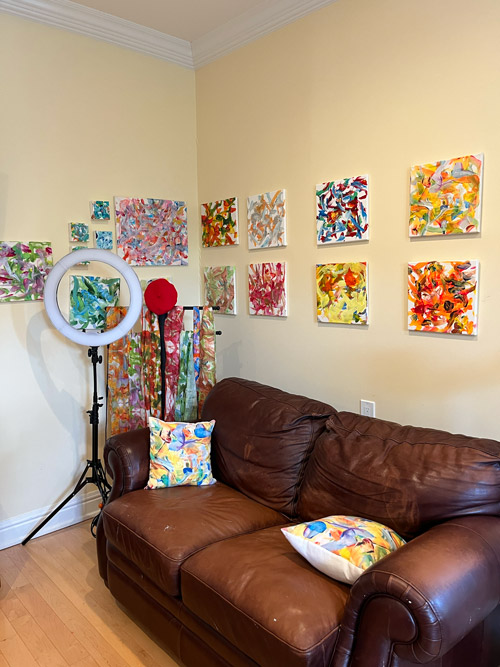 “But the greatest part about Dagger is that all the money, proceeds and paintings go to charity. There’s a whole dropdown menu on our website [https://www.dogvinci.com/] so that when you purchase a painting, you pick out a charity and then all the money goes to that charity. We’re very passionate about St. Jude Children’s Research Hospital and Canine Companions, of course, which is his family. I coined him ‘The Do Good Dog’ because I thought, ‘Wow, everything he does is really good.’

“His message is education and community service. So we try to promote that with everything that we do, which is so gratifying to me because that’s where I always wanted to be. I always wanted to do good in the community at large, and through Dagger, I’m able to do that. It’s just been so rewarding really and a great journey so far.”