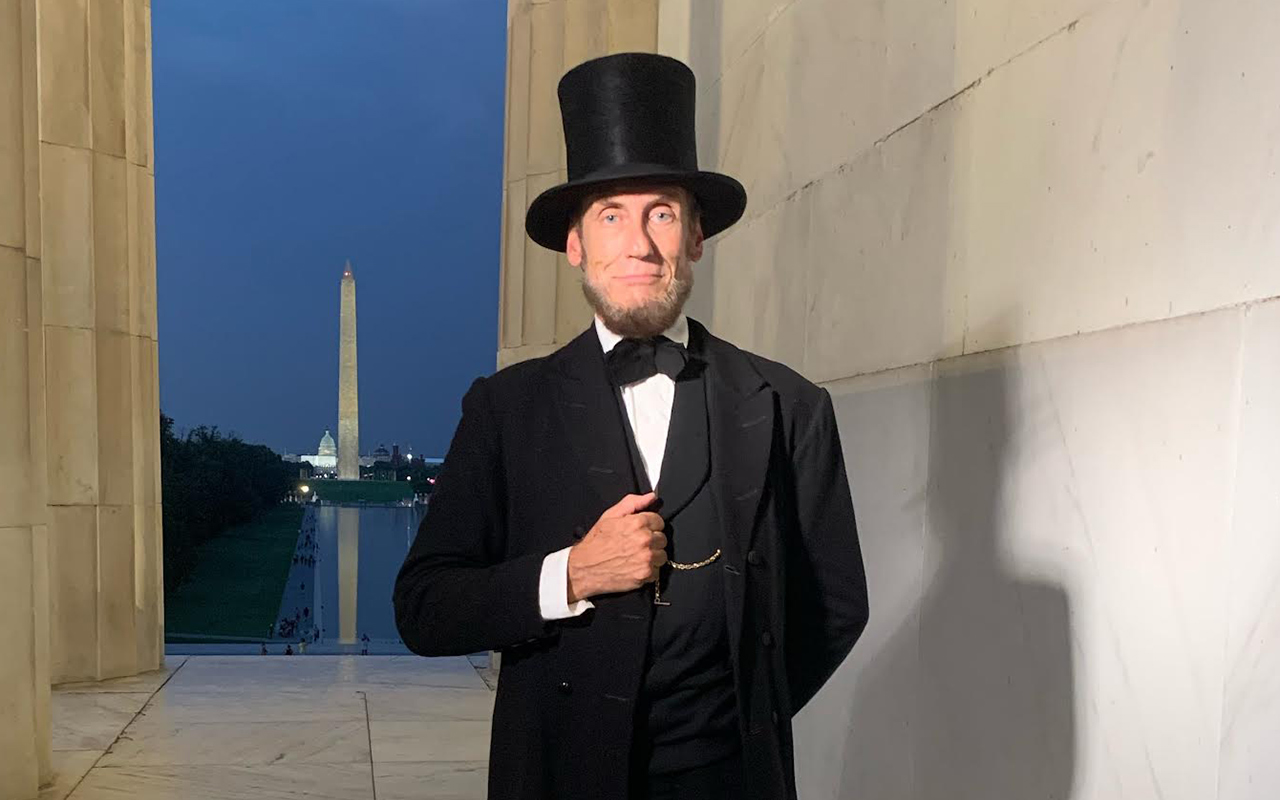 ‘Once you commit to the Lincoln look, it’s hard to turn it off. Even when I’m in street clothes, people ask for pictures and I’m happy to comply.’

“I began dressing up as Abraham Lincoln for my middle school students on the Friday before Presidents’ Day weekend. It was a cheesy costume with a fake beard, but it worked!

“Having grown up in Sea Cliff, home of Jim Foote, the late, great Teddy Roosevelt impersonator, I had acquired an appreciation for a quality presidential impression.

“So, I upgraded the outfit, grew a beard, and began speechifying at Civil War reenactments in Fredericksburg, Virginia, and Gettysburg, Pennsylvania. 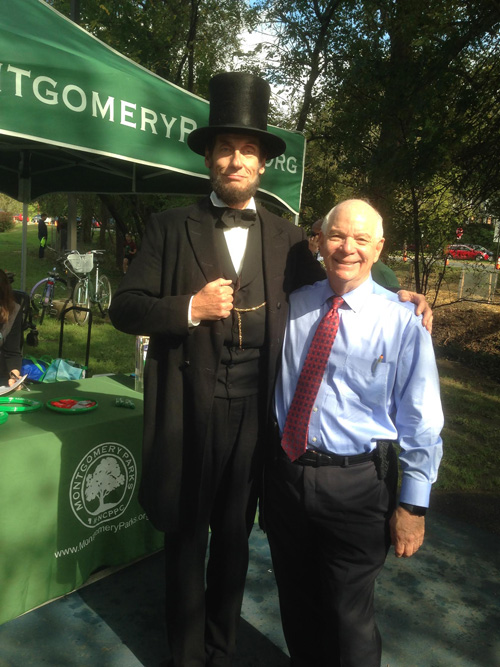 “It was enjoyable but required long hours in the scorching heat while wearing a black wool frock coat. Then I met an entertainment agent in Washington, D.C., and I’ve been getting steady bookings ever since.

“I don’t by any means have an encyclopedic knowledge of Lincoln’s life. There’s always more to learn. But I’ve read enough books and articles to be able to answer most questions that come my way. I’ve always believed that Lincoln was a hero who saved the Union.

You haven’t lived until you’ve been on a conga line with Ben Franklin, Rosie the Riveter and 50 accountants!

“Maybe he acted too slowly in some areas and was heavy-handed in others, but it’s indisputable that he held our country together and abolished slavery.

“It’s been a fun experience. I’ve done weddings, parades, marathons and an episode of ‘The Bachelorette,’ but mostly I’m meeting and greeting at corporate and professional association gatherings in the Washington, D.C., area.

“Whether it’s politicians, turkey veterinarians, crop insurers or cataract surgeons, my job is to mingle, chat them up and pose for pictures. Sometimes I work alone, sometimes with other characters. 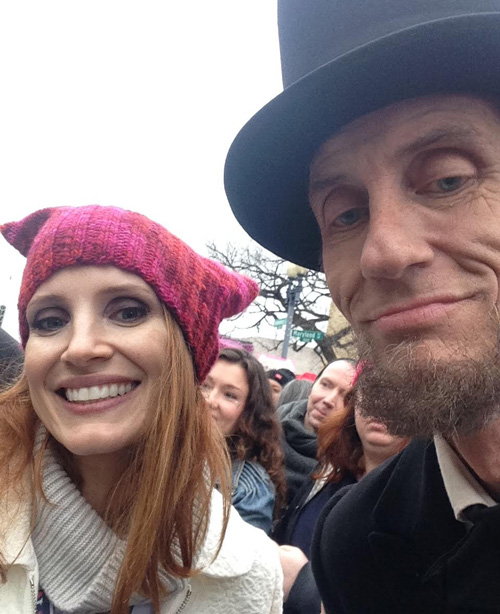 “You haven’t lived until you’ve been on a conga line with Ben Franklin, Rosie the Riveter and 50 accountants! I enjoy engaging with people from all over the world, talking about Lincoln and learning about their own lives. I live in an area with a steady demand for my services, so I’ll keep opening the door while opportunity knocks.

“Once you commit to the Lincoln look, it’s hard to turn it off. Even when I’m in street clothes, people ask for pictures, and I’m happy to comply. Kids are the best. A young boy at the Lincoln Memorial once asked, ‘How come the statue looks younger than you?’ It was the first time I was speechless!”

Painting dog inspires others and gives back to local charities
After recovering from childhood hearing impairment, Plainview pianist builds a sterling career