‘I’m grateful for the support that I was given when I was young. That’s why I try and pass that along.’

“I had always been musical as a kid growing up in Roslyn Heights. My parents, who were not musicians, lived next to a successful composer named George Kleinsinger. I’d hear him play his work when we’d go to his house. I’m told that after he was done, I’d go to the piano and pick out the tune. George suggested to my parents that they get me a piano and lessons. I studied piano and theory from a teacher in Roslyn until I went to Juilliard in high school. My parents took me to see George’s show, “Shinbone Alley,” when I was 9. For holidays and birthdays, I would see musicals. The local library had a large selection of musical librettos of scripts and cast albums, and I’d listen to them. I went to Mineola High School, where I was in the thespians and the choristers. There was a lot of encouragement for me as someone who is interested in music and piano.

I like to support educational programs and work with young people who are aspiring to be involved in musical theater.

“‘Godspell’ happened very slowly and then expanded. It was an international phenomenon, so by the time “Pippin” opened, I had a distorted view of how musical theater worked. It wasn’t until I started having failures of my own as a lyricist and composer that I realized everything didn’t automatically turn to gold. I’ve learned to work as a team member, and that it takes skill to collaborate. There are so many nuances that one learns from experience, and I think I’ve also learned to trust my instincts. 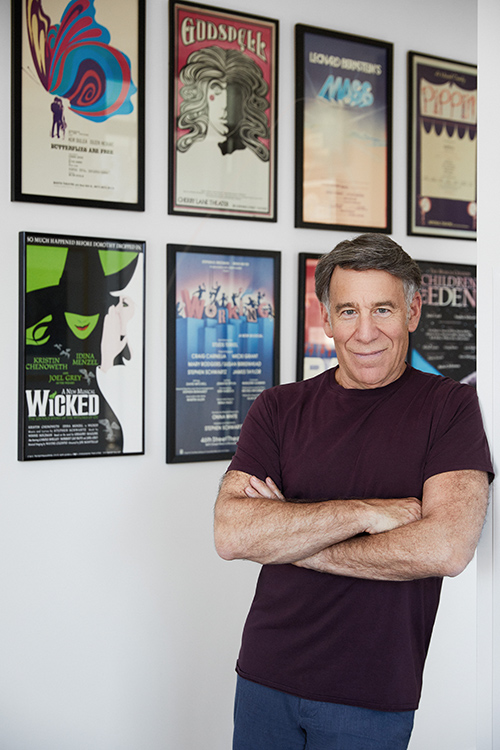 “I’m currently doing publicity for the ‘Wicked’ movie, which is moving toward production. I’ve been working on some new material for that. I’m also working on a musical adaptation of a documentary called ‘The Queen of Versailles,’ which is about a woman who is building the largest home in America. Recently, the Long Island Musical Theatre Festival approached me about doing a master class. They’re a really nice organization, and I enjoy working with their students. I like to support educational programs and work with young people who are aspiring to be involved in musical theater. I try to be encouraging and insightful to the extent that I can. I’m grateful for the support that I was given when I was young, and I know that doesn’t happen for all people that want to be involved in the arts. That’s why I try and pass that along.”