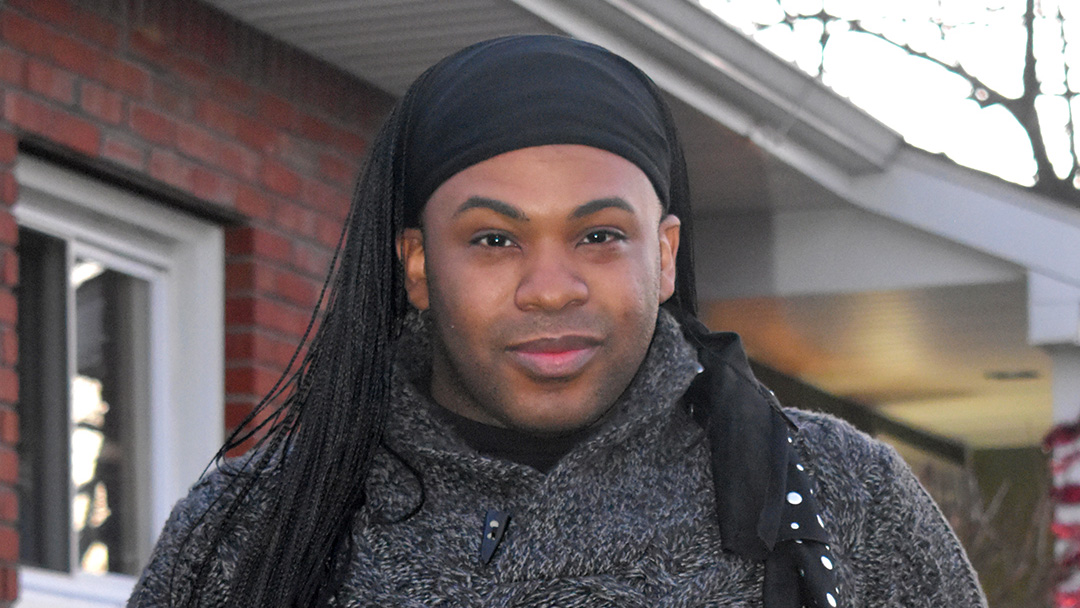 ‘Every woman has a little black dress; so does every drag queen. The difference is, we cover it in stones and sequins.’

“For 30 years, it seems that any time I have ever done anything within the theater I have been the one to be asked to dress in drag. Seven years ago, I won an award at the Fresh Fruit Festival for the best featured drag performance, and that was the catalyst for what was to come. Honestly, there is no difference between my drag persona and myself. I just think she happens to be a manifestation of all the things that I normally do: I work for a theater company, I do costumes and make-up, I teach dance, and I am a performer. I do all that encompasses what most drag entertainers do, which is be their own producer, director, choreographer, etc. She is just an amalgam of me. When I sit in front of a mirror and put on all of my make-up, I just see me in a different way with a little extra. My look is inspired by the classic movie-musical and that vintage 40s, 50s feel. I’m also a 70s baby so I grew up around the disco and the 80s. She is a modern twist on all of that. Make-up seems complicated, but it is not. If you had a coloring book as a kid, it’s essentially the same.

We wouldn’t have theater without drag. It’s an historical thing as opposed to it just being a gay thing.

“With me doing this art, it’s about me taking my male look and making it feminine to present it on the stage. I’m still buying $8 tubes of lipstick, mascara and blush, the things most women buy at the drugstore while hemming and hawing over the best products. I’m a costumer so I can also sew, but I prefer to shop. With drag, you don’t have to break the bank to look nice, you just have to know about basic fashion. Every woman has a little black dress; so does every drag queen. The difference is, we cover it in stones and sequins. No one is surprised when people hear that I do drag. Nowadays it’s the norm; it’s not like it was 10 years ago, before Drag Race and RuPaul, with all of the stigma that came along with it because no one understood what it was.

“We wouldn’t have theater without drag. It’s an historical thing as opposed to it just being a gay thing. My go-to song is “Buttons” by The Pussycat Dolls. It’s a song that’s exciting for people to hear, it’s recognizable, and they enjoy it. Now that I’m on the other side of 40, I decided I’m just going to do things that I really enjoy.”