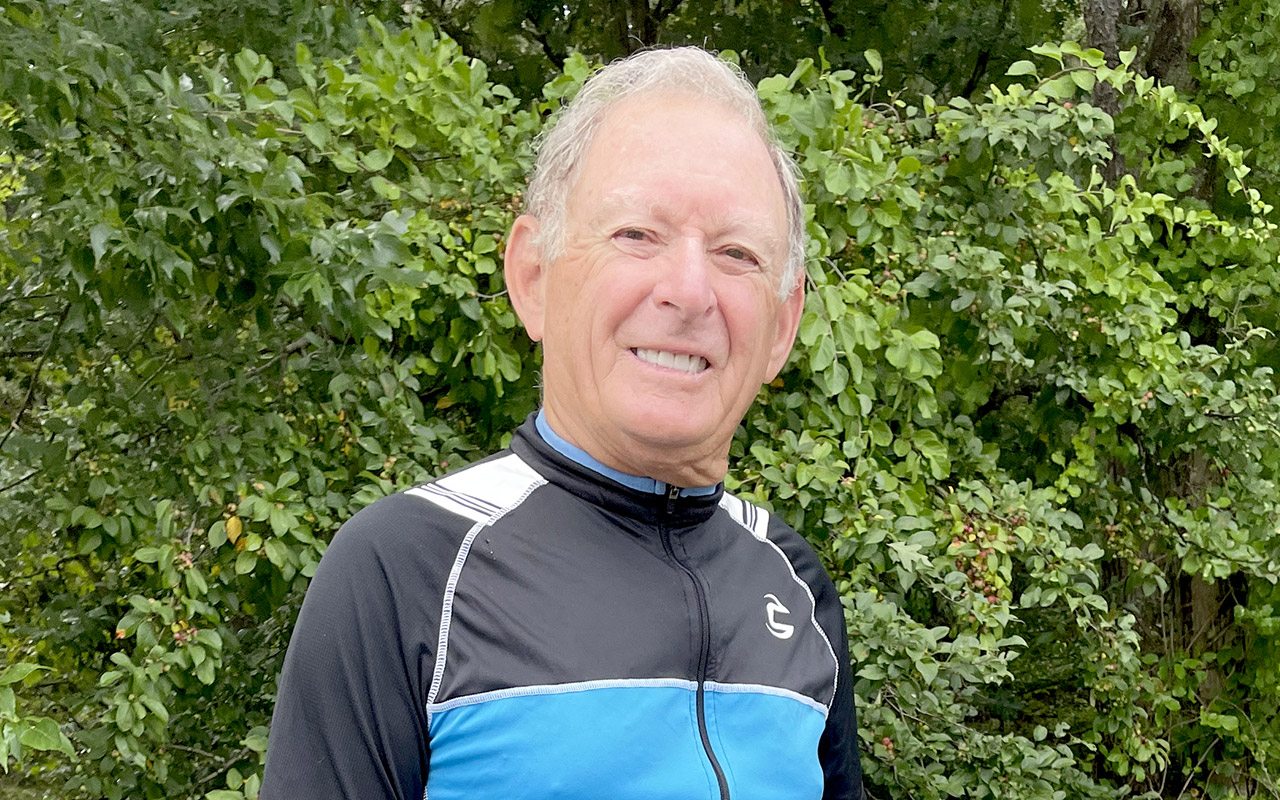 ‘I’ve learned that I really enjoy the challenge of physical things.’

“I always enjoyed pushing myself physically. In 1966, there was a transit strike in New York City. I was living in the Bronx. It was a cold winter. I biked from the Bronx down to City College for my master’s degree throughout the entire strike.

“Now I’m a retired educator; my last role was as principal in Levittown in 2002. When I retired, I wanted things to do, so I looked online and found the 50+ Ski Club. I went with a friend to a meeting. It began with a woman giving a health report and discussing which members had undergone surgeries and who was ill.

“After the meeting, my friend said, ‘This isn’t for me, look at what these people have.’ I said, ‘This is for me because these people are older, some are even over 80, yet they’re still active.’ I joined and I loved it. The people are inspiring. There’s one couple in their 90s. We were doing a black diamond, which is the most difficult type of trail, and they went down the mountain beautifully! I found a group within the club that also goes biking.

People who aren’t active risk losing their mental sharpness, as well as their physical abilities.

“Some of us biked the 5 Boro Bike Tour, which is 40+ miles through the streets of New York. I’ve done that for about 25 years and enjoy it. In warm weather, the Bronx River Parkway is closed to traffic for a six-mile stretch. My son and granddaughter rode with me on that for the 12-½ miles round trip. She is 7 now, so for a young child like that it was really special. Her younger brother just learned how to ride, too. Now we get to ride as a family. I’ve also done a tour of the Hamptons for several years, 50 miles twice and 70 miles twice.

“I’m fortunate that, at the ripe old age of 76, I can still do these things. I’m now president of the 50+ Ski Club. On our trip to Winter Park, Colorado, I was 12,000 feet up at the top of a bowl. It was magnificent. I went skiing down the bowl and there were beautiful trails at the other end. When you’re biking and skiing, you’re constantly thinking and your mind has to work quickly to adjust. People who aren’t active risk losing their mental sharpness, as well as their physical abilities. Through these experiences, I’ve learned that I really enjoy the challenge of physical things, and they’re also a hell of a way to spend your day.”